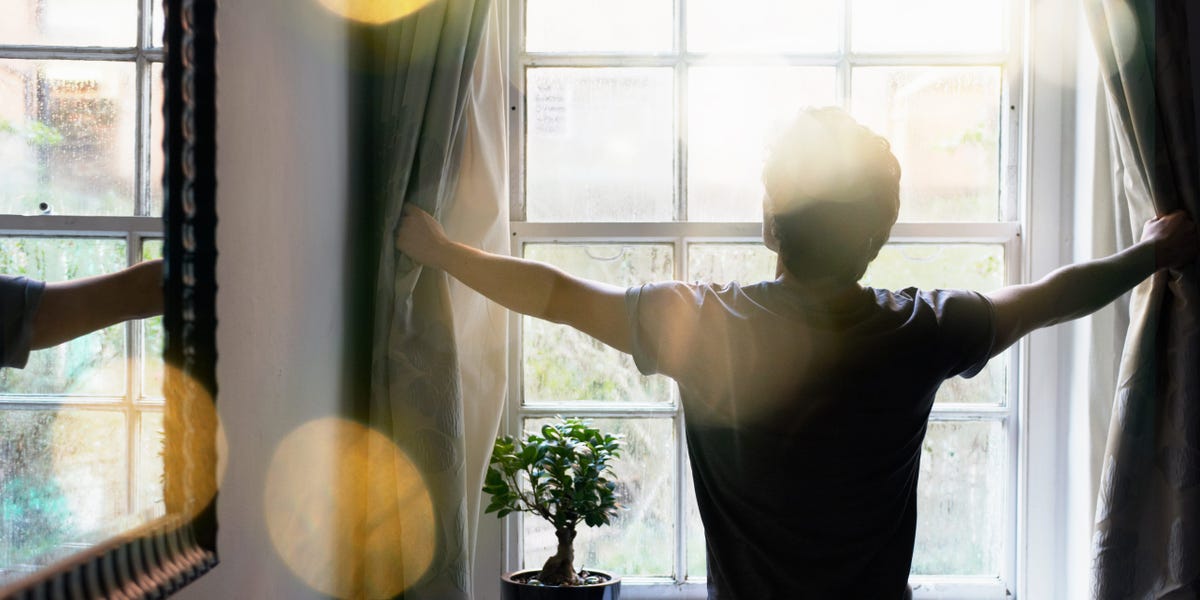 Stanford University neuroscientist Dr. Andrew Huberman shared three things you can add to your morning routine to help wake you up and feel energized throughout the day.

On a special episode of the YouTube series “After Skool,” Huberman explained that your sleep habits and morning routine can have a major impact on your focus and mood.

Huberman said that getting natural light right after you wake up and doing activities that raise your body temperature can help you feel more alert and energized.

Get outside as early as you can

Huberman, who is also the host of the science podcast “Huberman Lab,” said that getting good-quality sleep is the most important thing you can do to feel your best at all times. He said setting yourself up for a great sleep cycle begins right when you wake up.

The best thing you can do to give your day a jump-start, according to Huberman, is go outside within the first hour of waking up for at least five to 10 minutes, in order to activate your body’s natural boost of a chemical called cortisol.

“Once every 24 hours, you’re going to get a healthy boost in cortisol. It sets the rhythm of your temperature rhythm motion, it sets your level of alertness, as well as your level of focus and your mood. You want that boost in cortisol to happen as early in the day as possible,” he said. About 16 hours after this boost in cortisol, your body will begin to release melatonin, which will then help you fall asleep, according to Huberman.

If you don’t go outside for a while after waking up, he said this cortisol boost will happen later in the day, making it harder to go to bed and perpetuating poor sleep. Artificial light from phones and lamps is not enough to get this boost.

If you live in an especially dark place, Huberman said the best thing you can do is turn on lights immediately when you wake up or look into a LED-light box to simulate sunlight.

Getting sunlight in the morning also releases dopamine, according to Huberman, which will make you feel more motivated throughout the day. “Dopamine’s main role in the brain and body is to drive motivation, craving, and pursuit. It is not the molecule of pleasure, it is the molecule of drive,” he said. Making sure to get a morning dose of dopamine will increase your drive and push you through your day as smoothly as possible.

Huberman said another way you can feel more alert throughout the day is to wait about an hour to 90 minutes after you wake up to consume caffeine, rather than having it right away. When we feel sleepy, he said, it’s because a chemical called adenosine builds up in our brain and tells our body to go to sleep. He said caffeine blocks adenosine from activating in the brain.

“If you wake up in the morning and you didn’t sleep quite as much as you would have liked and you’re still sleepy, that means you still have a buildup of adenosine in your system,” he said. He explains that if you immediately reach for caffeine, you “suppress the action of the adenosine and you will be more alert. And then guess what happens? The caffeine wears off and the adenosine binds to the receptors with greater affinity and you have your afternoon crash.”

If you’re used to having coffee immediately when you wake up and waiting that long to consume caffeine seems too daunting, Huberman said you can start by slowly moving amount of time back by 15 minutes every day.

Exercise will also clear out adenosine in the morning, he said.

Exercising in the morning is a great way to raise your internal body temperature, he said, as well as taking a cold shower or bath. When the surface of your body is cold, your internal temperature will rise to compensate, Huberman said.

He added that your body and brain also release adrenaline and dopamine when you’re exposed to cold water and continue to release them hours after you’re out of the water. When you combine light, exercise, and cold water exposure early in the morning, “You are creating summer in your body,” Huberman said.