The Covid-19 pandemic – which upended millions of lives and demanded we stay in our homes for months on end – also helped fuel a baby boom. Close proximity among partners and increased work flexibility contributed to the 6.2% jump in US birth rates last year, according to a new study.

Here’s what else you need to know to Get Up to Speed and On with Your Day.

(You can get “5 Things You Need to Know Today” delivered to your inbox daily. Sign up here.)

Ukraine has been forced to introduce rolling blackouts nationwide today after the country lost at least 40% of its power-generating capacity following days of Russian attacks on energy infrastructure targets. Ukraine’s national energy company said Wednesday it needs to apply the restrictions on consumers in order to make the system “work in a balanced way.” The announcement comes as Russia continues to inflict serious damage at power facilities with Iranian-supplied drones, officials said. Iran’s Ambassador to the UN denied Wednesday that his country has supplied Russia with drones for use in the war. US officials, however, say they have “abundant evidence” that Russia is using Iranian drones to strike Ukraine.

New IRS rules may help increase your paychecks next year. Thanks to inflation adjustments to 2023 federal income tax brackets and other provisions announced by the IRS this week, Americans’ 2023 wages may be subject to lower tax rates than they were this year – and it may be possible to deduct higher amounts of income. Since the changes don’t apply until 2023, the new rules won’t have an impact on your 2022 tax return, which must be filed by mid-April of next year. “It is very likely that you would see more in your paycheck starting in January [due to the IRS inflation adjustments, which] tend to result in lower withholding for a given level of income,” according to federal tax analyst Mark Luscombe.

How IRS adjustments may impact your 2023 taxes

Donald Trump’s legal team is weighing whether to allow federal agents to return to the former President’s Florida Mar-a-Lago residence, and potentially conduct a supervised search, to satisfy the Justice Department’s demands that all sensitive government documents are returned, sources tell CNN. In private discussions with Trump’s team as well as in court filings, the Justice Department has made clear that it believes Trump has not returned all White House documents marked as classified and that more government records remain missing. Trump is now facing multiple legal battles and contentious court proceedings which could make him more cooperative with the Justice Department in order to swiftly resolve the records issue, sources say.

Inside Mar-a-Lago: CNN focuses on the layout of Trump’s 20-acre property

Uber is rolling out a way to let marketers target ads based on where you go. The company unveiled its new in-app “Journey Ads” service, which lets marketers place ads within the Uber app to reach customers at each step on their trips. This means the people will be served ads when they check to see how far away their driver is, or as they follow the route of their journey. “While these consumers are making purchase decisions and waiting for their destination or delivery, we can engage them with messages from brands that are relevant to their purchase journeys,” said Mark Grether, who is leading the launch of the service. Uber says users will be able to opt-out of targeted ads at any time.

The current protest movement in Iran – led and inspired by women – has united Iranians across generations in what is shaping up to be the biggest threat the regime has faced to date. But as many Iranians rise up against decades of repression, more than 1,000 people have been arrested, according to state media IRNA. CNN has spoken to almost a dozen Iranians who have shared first-hand accounts of torture in either the 2019 and 2022 protests or who have had loved ones die or disappear while in the custody of authorities. CNN has contacted the Iranian government as well as its permanent mission to the UN regarding the accounts of torture and arbitrary detention detailed by protesters but has yet to receive a response.

These are the most popular Halloween costumes this year

Spider-Man again snagged one of the top spots on the list. Check out which other costumes are super popular this year, according to Google’s rankings.

Swinton was smitten after an artist carefully painted her face in a latte. Watch the video here.

It now costs $179 for a ticket to visit Disneyland in California during the busier holiday season (and that’s before adding food, parking and souvenirs.)

Check out this image of newly formed stars and interstellar dust about 6,500 light-years from Earth.

The “Friends” star, who played the lovable Chandler Bing, has shared new details about his alcohol addiction while filming parts of the show.

That’s about how many suspected fentanyl pills packaged inside candy boxes were seized at Los Angeles International Airport on Wednesday, authorities said. Someone tried to go through TSA screening with the dangerous pills inside boxes marked SweeTarts, Skittles, and Whoppers, according to the Los Angeles Sheriff’s Department. Federal authorities and local law enforcement have for months been warning about the dangers of fentanyl, with the DEA cautioning that “one pill can kill.”

– Former Vice President Mike Pence, on whether he would vote for Trump in 2024. His comment, shared at a speaking event at Georgetown University on Wednesday, drew laughter from a crowd of students. Pence then emphasized he has “every confidence the Republican party is going to sort out leadership.”

Cold temperatures continue for many 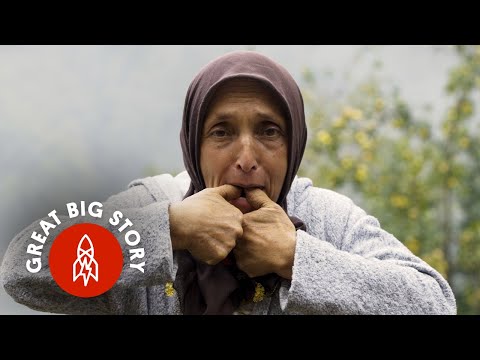 Listen to this woman speak a special language that allows complex conversations without using words. (Click here to view)