If you’re flying American Airlines on an upcoming trip outside of the US, the front of the plane will look a bit different. The airline said it is eliminating its first-class cabin on international flights because customers aren’t purchasing the increasingly expensive tickets.

Here’s what else you need to know to Get Up to Speed and On with Your Day.

(You can get “5 Things You Need to Know Today” delivered to your inbox daily. Sign up here.)

After a disastrous six-week tenure, Liz Truss announced her resignation as Britain’s prime minister on Thursday, making her the UK’s shortest-serving prime minister ever. When Truss ascended to the top job, her economic policy proposals caused the British pound to sink to its lowest level against the US dollar in decades. The turmoil caused government bond prices to soar and negatively impacted people’s pension funds. The rise in interest rates also forced up mortgage repayments, and lenders scrambled to pull their products from the market – dashing the hopes of prospective homeowners almost overnight. Faced with the fury of her own party, Truss fired her finance minister, lost her home secretary, and created even more divisions in the Conservative Party. Another election is due to take place within a week, with the next prime minister expected to be announced on October 28.

The EU and the UK have separately announced new sanctions on Iran, which denies supplying Russia with drones used to carry out deadly attacks in Ukraine this week. Iran has repeatedly said it has not been involved with providing “kamikaze” drones to Russia despite mounting evidence to the contrary. On Thursday, the White House said Iranian military personnel have visited Crimea to assist with Russian operations targeting civilian infrastructure in Ukraine using drones. John Kirby, the communications coordinator at the National Security Council, said the presence of Iranian personnel was evidence of Tehran’s direct engagement in the conflict. “They can lie to the world but they certainly can’t hide the facts,” he said.

CNN reporter gets pinned down in Russian artillery strike

A flurry of new Covid-19 variants appears to be gaining traction globally, raising fears of a winter surge. New numbers show coronavirus cases in the US are dropping, but several emerging variants accounted for almost 1 in 3 new infections nationwide last week, according to estimates from the CDC. Some experts think this convergence means we’ve entered a new phase in the evolution of the virus, one that will see the circulation of several variants at the same time. Updated booster vaccines and antiviral drugs like Paxlovid are expected to continue to be protective against severe outcomes from Covid-19 infections caused by the new variants, experts say.

The Supreme Court has denied an attempt to block President Joe Biden’s student loan forgiveness plan from taking effect. Justice Amy Coney Barrett declined to take up an appeal brought by a Wisconsin taxpayers group that argued Biden doesn’t have the legal authority to implement the program. In the court filing, lawyers for the group argued that the program would be a “staggering blow” to the US Treasury and taxpayers. The independent Congressional Budget Office has estimated that Biden’s program could cost $400 billion. The Biden administration, meanwhile, argues that Congress gave the secretary of education the power to discharge debt in a 2003 law known as the HEROES Act. Student loan debt cancellations, worth up to $20,000 per eligible borrower, could begin on Sunday.

Biden’s student loan forgiveness plan: Who it helps, who it doesn’t

A Texas state police captain that tried to delay a law enforcement team from entering the classrooms to end the Robb Elementary massacre is now among those under investigation. Sources tell CNN that Capt. Joel Betancourt ordered his officers to stay out of the school in the initial response to the mass shooting in Uvalde, Texas. No action was taken against the gunman or to help those trapped inside for more than an hour after he started firing. Nineteen children and two teachers were killed in the shooting. CNN has obtained a new audio recording of Capt. Betancourt ordering a strike team to wait more than 70 minutes into the attack. Betancourt says he thought a more highly skilled team was on its way.

Steve Bannon to be sentenced today

Steve Bannon, a former top adviser to former President Donald Trump, will be sentenced today after a jury found him guilty of contempt of Congress for defying a subpoena from the House select committee investigating the January 6 attack on the US Capitol. Bannon faces a minimum sentence of 30 days in jail, according to federal law, but prosecutors want him to serve six months. In addition to jail time, the government is seeking $200,000 in fines.

Hear how Steve Bannon reacted to the guilty verdict

For many Swifties around the world, nothing is more important today than learning the lyrics of the pop star’s new album “Midnights.”

With his new scent “Burnt Hair,” it appears Musk wants people to be musky. Watch the video here.

Here are the contenders for the Comedy Wildlife Photography Awards

This photo gallery of animals doing hilarious things will make your day that much better.

This is the proper way to taste olive oil

Yes, there is a technique that will help bring out all the flavors of your olive oil. Watch CNN’s Stanely Tucci learn the proper method from experts at an olive farm in the Puglia region of Italy.

The verdict on Thursday was a big win for the actor, but he still faces an uphill battle going forward.

Groundbreaking movie star Anna May Wong will be the first Asian American featured on the back of which US currency?

Tony Brown, a longtime NBA referee, died Thursday after a battle with pancreatic cancer, the league said. He was 55. Over the course of 20 seasons, Brown officiated more than 1,100 regular-season games and 35 playoff games, according to the league. “Tony Brown was one of the most accomplished referees in the NBA and an inspiration to his colleagues,” said NBA Commissioner Adam Silver. Several NBA legends posted about the renowned referee on social media – including Lebron James, who called Brown a “great ref but greater dude!”

That’s how much Google was fined by Indian regulators over anti-competitive practices. The hefty penalty was handed down after the Competition Commission of India concluded that Google has an unfair competitive edge in the market because it owns the Android operating software and allows some of its own products – such as YouTube and Google search – to come pre-installed on all Android-run devices.

“Our hearts go out to her family, her friends and the many others who knew and loved her.”

– Princeton University, issuing a statement after the body of missing student Misrach Ewunetie was found on campus Thursday, the Mercer County Prosecutor’s Office said. Ewunetie, 20, went missing six days ago, prompting university officials to intensify their search for the junior. Officials said her body was found on the university’s grounds, behind tennis courts, adding there were “no signs of injury and her death does not appear suspicious or criminal in nature.” The university called the death an “unthinkable tragedy.”

Quiet for now but a storm is brewing 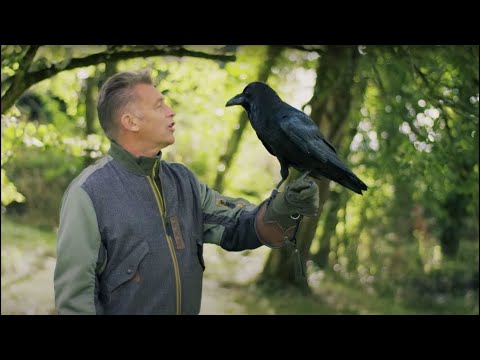 Watch this short video of an intelligent raven who can quickly solve challenges. (And if you’re a “Game of Thrones” fan, you may have already recognized his clever name… click here to view.)