The 2022 midterm elections are now just weeks away, and with control of both chambers of Congress and dozens of governorships, secretaries of state and attorneys general posts on the line, it’s important to know both how and when to vote in your state. To help you plan your vote, CNN has gathered the deadlines for early in-person voting, absentee/mail-in voting and for voter registration in each of the 50 states leading up to Election Day on Tuesday, Nov. 8.

Here’s what else you need to know to Start Your Week Smart.

• Chinese leader Xi Jinping has formally stepped into his norm-breaking third term ruling China with an iron grip on power as he revealed a new leadership team today stacked with loyal allies.

• Boris Johnson is trying to win enough support to make what would be a stunning comeback as Britain’s prime minister, as senior Conservative politicians declared their support for former finance minister Rishi Sunak. The two men have become the early favorites to replace Liz Truss, who announced her resignation last week.

• Dietrich Mateschitz, the owner and co-founder of the sports drink company Red Bull, has died, the company announced Saturday. He was 78. As well as turning his energy drink into a market leader, the Austrian billionaire also founded one of the most successful Formula One teams in recent history.

• The House select committee investigating the January 6, 2021, attack on the US Capitol announced on Friday that the panel has officially sent a subpoena to former President Donald Trump as it paints him as the central figure in the multi-step plan to overturn the results of the 2020 presidential election.

Opening statements are scheduled to begin in the sexual assault trial of disgraced movie producer Harvey Weinstein in Los Angeles. Weinstein, 70, was convicted of first-degree criminal sexual act and third-degree rape charges in New York more than two years ago and sentenced to 23 years in prison. In Los Angeles, Weinstein faces multiple sexual assault charges that he pleaded not guilty to last year.

Diwali, the Hindu celebration known as the “Festival of Lights,” also begins on Monday. New York City Mayor Eric Adams announced last week that Diwali will be a public school holiday starting in 2023.

A Moscow regional court has set October 25 as an appeal date for WNBA star Brittney Griner. Griner was sentenced to nine years of jail time in early August for deliberately smuggling drugs into Russia. She was arrested with less than 1 gram of cannabis oil in her luggage at Moscow’s Sheremetyevo International Airport on February 17.

In what has become one of the most closely watched Senate contests in the country, Pennsylvania Democratic Senate nominee John Fetterman and Republican candidate Mehmet Oz will face each other in a televised debate in Harrisburg, Pennsylvania. Fetterman, who had a near-fatal stroke more than five months ago, has faced a number of questions about transparency surrounding his health and recovery.  Fetterman’s primary care physician released a medical report earlier this month stating that the candidate is “recovering well from his stroke” and “has no work restrictions and can work full duty in public office.”

Hear a story of Iranian resistance

In this week’s One Thing podcast, CNN Chief International Investigative Correspondent Nima Elbagir joins us from Northern Iraq, where some Iranian dissidents have fled a brutal crackdown in response to nationwide protests set off by the death of 22-year-old Mahsa Amini. We explore if these protests will bring lasting change and hear from one Iranian-Kurdish activist who is now taking up arms across the border. Listen here.

Check out more moving, fascinating and thought-provoking images from the week that was, curated by CNN Photos.

The season finale of “House of the Dragon,” the “Game of Thrones” prequel that takes place almost 200 years before the events of its predecessor, airs tonight at 9 p.m. ET/PT on HBO. (HBO, like CNN, is a unit of Warner Bros. Discovery.)

“Guillermo del Toro’s Cabinet of Curiosities” makes its debut on Netflix Tuesday. The new horror anthology promises “eight tales of terror” curated by the Oscar-winning director of “The Shape of Water.”

“The Good Nurse,” starring Oscar winners Eddie Redmayne and Jessica Chastain, tells the story of an infamous caregiver implicated in the deaths of hundreds of hospital patients. It begins streaming on Netflix Wednesday.

“All Quiet on the Western Front,” based on the classic World War I novel, arrives on Netflix Friday.

Four teams remain in the battle to reach the 2022 World Series, which begins on Friday. Later today, the San Diego Padres face the Philadelphia Phillies in Game 5 of the National League Championship Series. On Saturday, the Phillies beat the Padres to take a 3-1 lead in the series. The Houston Astros, meanwhile, play the New York Yankees tonight in Game 4 of the American League Championship Series. Houston leads that series 3-0.

Take CNN’s weekly news quiz to see how much you remember from the week that was! So far, 66% of fellow quiz fans have gotten eight or more questions right. How will you fare? 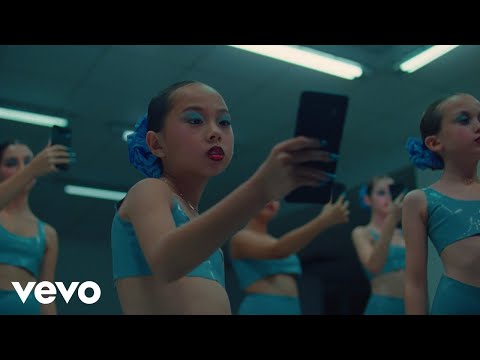 A lot has changed about the world in the last 20 years, but Christina Aguilera still thinks you’re beautiful – despite what social media sometimes tells us. Watch the updated version of her “Beautiful” music video released last week that takes aim at the messages often delivered through social media that have negative effects on our body image and mental health. (Click here to view)