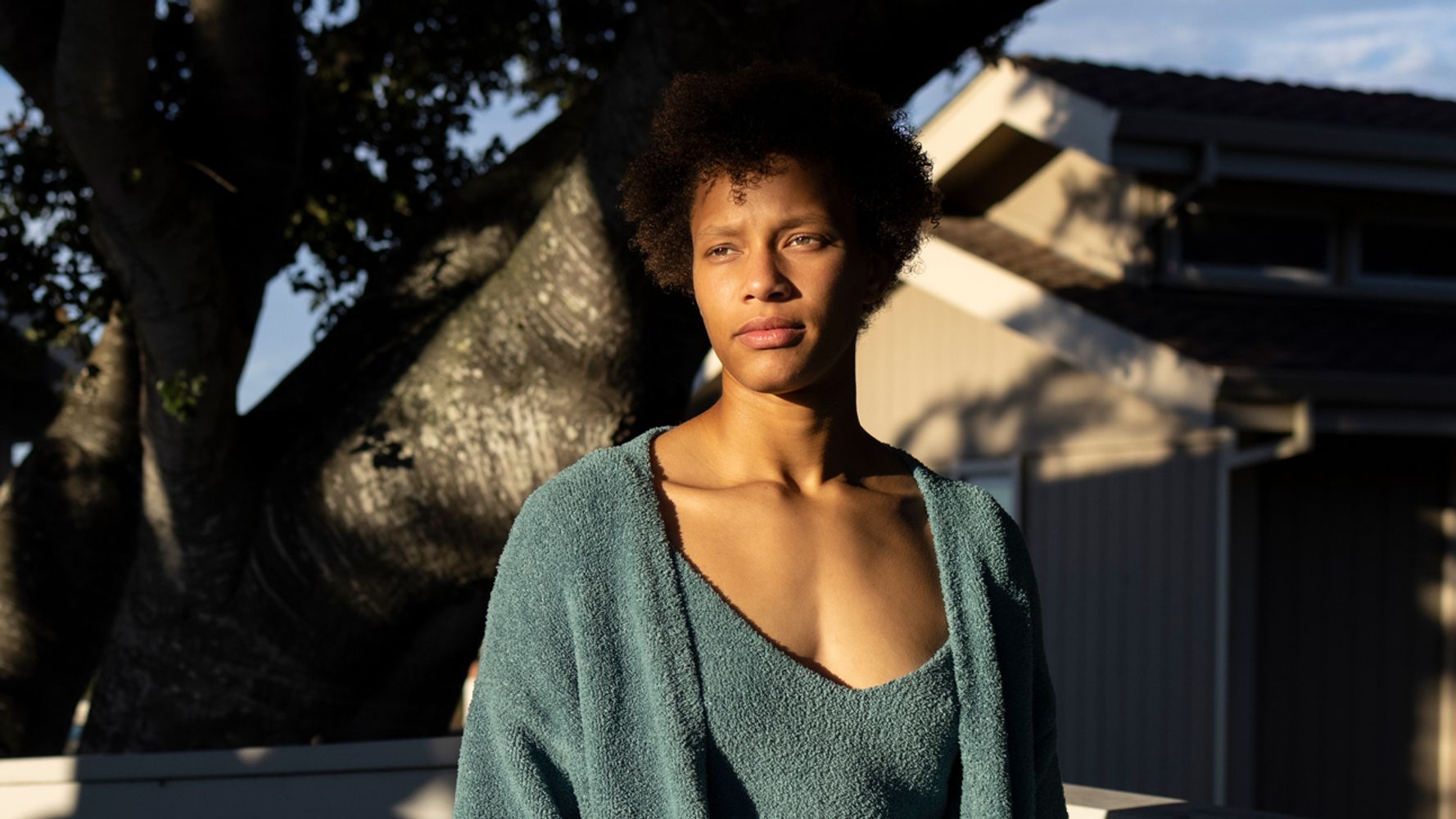 BreAnn Scally quit her job at PetSmart in September of 2021. She had been bathing and grooming dogs at the retail chain’s Salinas, California, store for seven months, and she struggled to get by in such a pricey area on $15 per hour. She left in search of better pay and less stress.

But PetSmart wasn’t done with Scally. The following January, she was doing one of her regular credit checks through Experian when she saw her new debt: She owed $5,000 for the cost of her training through PetSmart’s “grooming academy,” as well as another $500 for the tools she’d received for the job. PetSmart was apparently seeking to collect because Scally had left less than a year into a 24-month minimum tenure listed in the contract she’d signed.

After years of working to clean up her credit, Scally says her score dropped from the high 600’s to the low 600’s, enough to complicate signing a new apartment lease. She didn’t know where she would find the money to pay the collection agency, IC System.

“I wasn’t the best when it came to finances when I was younger,” said Scally, 24. “I had debt to my name that I was paying off. I had already paid off a lot of it and was doing well. Then this happened.”

Scally is the lead plaintiff in a new proposed class-action lawsuit filed against PetSmart last week, alleging that the company’s training program is little more than a scheme to lock workers into lower-wage positions for an extended period. Worker and consumer advocates sometimes call these “training repayment agreement provisions,” or TRAP’s, which require workers to foot the bill for training if they leave an employer before a specified time.

Such agreements function a lot like noncompete clauses, which prevent workers from taking jobs at competing companies for a certain period. Training repayment provisions similarly compel workers to stay put, but through the threat of debt. Critics of these arrangements say they reduce worker bargaining power and hold wages down by precluding employees from taking their labor to the highest bidder in a free market.

PetSmart declined a request for an interview about the company’s grooming academy and its repayment requirements, but defended the system in a statement to HuffPost, saying other programs in the pet grooming industry can run up to $10,000. The company asserted that its average pet groomer has been with the company for 12 years.

“I had debt to my name that I was paying off. I had already paid off a lot of it and was doing well. Then this happened.”

“Grooming Academy is a robust, multi-week program combining classroom and hands-on training, and is critical to maintaining our industry-leading standards,” the company said through a spokesperson. “Academy-trained stylists receive tools and equipment and 800 hours of hands-on instruction, more than any other program, and work with at least 200 dogs of all breeds and sizes.”

Training repayment provisions have been around for years, and it’s impossible to know how many U.S. workers are now subject to them. But a new report from the nonprofit Student Borrower Protection Center shows how they appear to have proliferated at health care facilities and trucking companies in particular, with employers using them to lock workers in for minimum tenures. In 2020, the Dallas Morning News reported that a Texas hospital was suing more than 20 nurses who left before working a full year.

Jonathan Harris, an associate professor at Loyola Marymount University’s Loyola Law School, says some repayment arrangements rightfully draw comparison to debt peonage and indentured servitude. The contracts can make sense in certain fields, he said, if they provide genuine training that has a value on the open market, accompanied by a degree or widely accepted credential, with a repayment cost tied to actual training expenses.

“But the majority of the ones I’ve been seeing, especially over the past few years, by far have not provided anything close to industry-recognized credentials or training,” said Harris, who co-authored the Student Borrower Protection Center report with Chris Hicks. Companies using them have “tended to be employers that didn’t want to compete on wages or working conditions with their competitors.”

PetSmart advertises its grooming academy as “free paid training” valued at $6,000. Many PetSmart groomers certainly gain experience that they can take to higher-paid grooming positions elsewhere, especially if they rack up years of work in the salon. A separate question is whether the academy itself provides workers a marketable skill worth thousands of dollars that the company should be able to recoup through collection.

Like many PetSmart workers, Scally started out at her store as a bather, cleaning dogs for close to California’s minimum wage. Eventually she enrolled in the academy, which would put her on track to earn more as a commissioned groomer. She wanted to get the grooming experience in hopes of someday opening her own animal rescue operation.

Scally said that her store was too short-staffed for her manager to offer much hands-on attention. She watched videos, filled out her workbook and tagged along with the manager in the salon. She recalls it lasting a couple of weeks, but PetSmart says it’s a month-long program.

Under the terms of the PetSmart program, Scally would remain on hourly pay and wasn’t eligible for commission until she completed 200 “supervised” grooms after academy. The 800 hours of training that PetSmart referred to in its statement includes these supervised grooms in which workers are making money for their stores.

“I was really struggling just to provide for myself, to feed myself and put gas in my car on a regular basis,” Scally recalled. “It’s not what I wanted for myself.”

Scally says the repayment provision was never verbally explained to her when she signed her contract, but she was aware of it and concerned enough to ask her manager whether PetSmart would actually come after her if she left. She says her manager told her PetSmart wants to make sure a worker produces the value of the training, so she worked to upsell clients on more expensive services and groom as many dogs as she could before putting in her notice. She even kept a log detailing the value of her production.

“I didn’t think I was going to have any issue,” she said.

The costs outlined in Scally’s agreement were staggered so that she would owe the full purported value of the training and tools if she left in the first year, and half if she left during the second. The contract notes that the worker could end up on the hook whether it was a “voluntary or involuntary termination,” suggesting the company might charge workers it chooses to fire.

PetSmart did not address whether it has guidelines to make sure workers understand the terms and that they could end up in debt.

Scally’s lawsuit argues that PetSmart is violating California employment law and consumer protection law through its grooming academy. It also asserts that if the grooming academy truly benefits workers, then PetSmart is operating an unlicensed and unapproved post-secondary education program. Scally is represented by the legal groups Towards Justice and Jubilee Legal, with support from the Student Borrower Protection Center, a nonprofit focused on student debt.

Like a noncompete, a repayment provision can have its intended effect even if the employer never intends to enforce it. That’s because many workers would rather not find out if the employer is bluffing. The fact that some workers like Scally are targeted for debt collection can be enough to create a chilling effect for anyone considering leaving before their two years have passed since completing the academy. PetSmart declined to say what factors it considers when deciding whether to pursue a debt.

One worker named Sam, who asked to withhold his last name for fear of damaging job prospects, said he departed his PetSmart store a few months before his time was up, but only because his manager gave him “a handshake agreement that I was not going to be held to that two-year thing.” He left to go back to school.

“I really want to leave and go to a smaller company…. But I don’t know if that’s going to happen because I can’t afford that debt.”

Because the agreement could theoretically be enforced on a fired worker, Sam said the provision discourages workers from speaking up about the pace and conditions at work, let alone taking more aggressive steps, like trying to unionize.

“It could chill you from doing basically anything,” he said.

One worker in Texas, who wanted his name withheld to protect his job, has no such handshake agreement. He is only part-way through his two-year term and wishing he could leave for a better-paying job. Due to the time it took before he reached academy, the worker said he earned an hourly wage of around $12 per hour for close to a year before achieving the 40% commission that leads to bigger paychecks. After that, it takes another six months before reaching the 50% commission.

He’s still struggling to pay his rent and bills earning around $700 per week after taxes. He posts photos of his grooms to Instagram, drawing compliments and even job leads from others in the field, but he’s afraid to bid farewell to PetSmart before he’s fulfilled the terms of his repayment agreement. So far he’s been unable to capitalize on the tight pandemic-era labor market, which has forced many employers to jostle for workers amid low unemployment.

“I really want to leave and go to a smaller company. I’d rather work for a one-on-one groomer or a mom-and-pop shop. But I don’t know if that’s going to happen because I can’t afford that debt,” he said. “I’m barely scraping by on what we’re making.”

Harris, of Loyola, said more employers may turn to these agreements due to the increasing scrutiny of noncompete clauses, which legislators have tried cracking down on at both the state and federal level in recent years. He cited a 2019 article in a roofing trade magazine that promoted repayment provisions as an alternative, suggesting companies threaten to recoup the cost of a trade association certification if workers try to jump ship to competitors.

Some workers have fought back against repayment provisions by filing wage-and-hour lawsuits ― for instance, if the cost of the debt effectively pushes their earnings below the minimum wage. But advocates have pushed the Consumer Financial Protection Bureau to get more involved on the grounds that employers are turning workers into consumers of student debt. CFPB Director Rohit Chopra responded, launching an inquiry in June and soliciting stories from people who believe they’ve been harmed.

If Scally’s lawsuit is certified as a class-action, it could benefit other current and former PetSmart workers in California, and possibly prompt more complaints in other states. (The company said it would not comment on pending litigation.) Scally said she still intends to open an animal rescue operation and has been taking steps to register one as a nonprofit and start seeking donations. She has no plans to return to PetSmart.

“I honestly wish PetSmart gave their workers more,” Scally said. “I feel like it would make us better groomers and do more for PetSmart.”