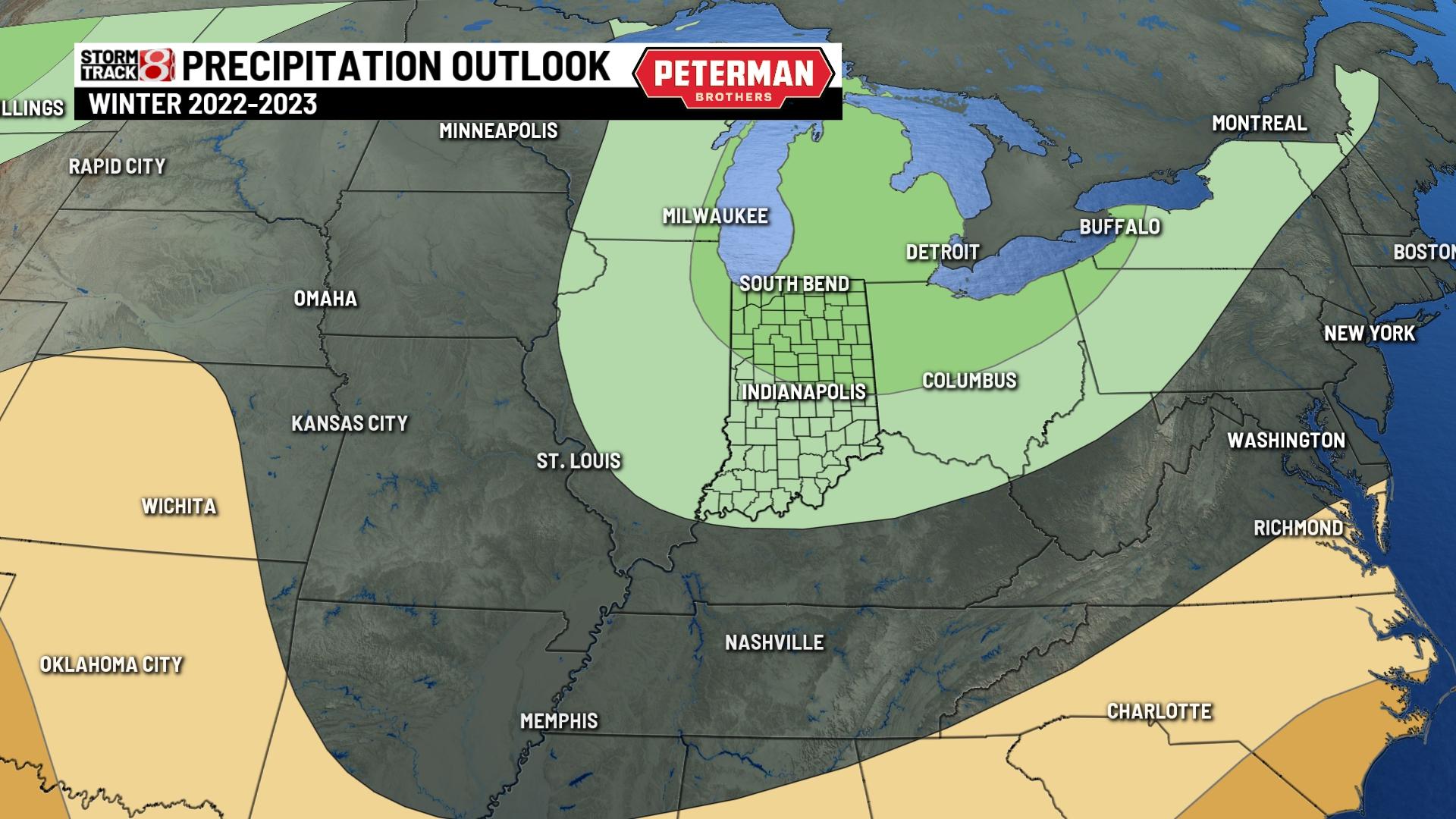 INDIANAPOLIS (WISH) — The Climate Prediction Center has released its 2022-23 winter weather outlook. For the third winter in a row, La Niña conditions are expected to develop, creating warmer than normal temperatures in the southern United States and wetter than normal in the Great Lakes.

The meteorological winter season is defined as the months of December, January and February. This winter forecast is predicting what conditions will be like for those three months.

Temperatures are expected to be above normal across the southwest, Texas, Gulf coastal states and along the eastern seaboard.

The Pacific Northwest, northern parts of the U.S. and Wisconsin are likely to see below normal temperatures for the winter season.

As for Indiana, there are equal chances of either above normal or below normal temperatures.

As for precipitation, wetter than normal conditions are expected in the Pacific Northwest, the northern Rockies, Great Lakes and the Ohio Valley.

Much of the desert southwest, southern California, Texas and along the Gulf coast is expected to see drier than normal conditions. This is not good news for areas in the southwest where many areas are experiencing severe drought conditions. It doesn’t look like we’ll see much winter precipitation to improve the drought situation in the southwest.

There’s a good chance parts of Indiana will see above normal precipitation for the winter season.