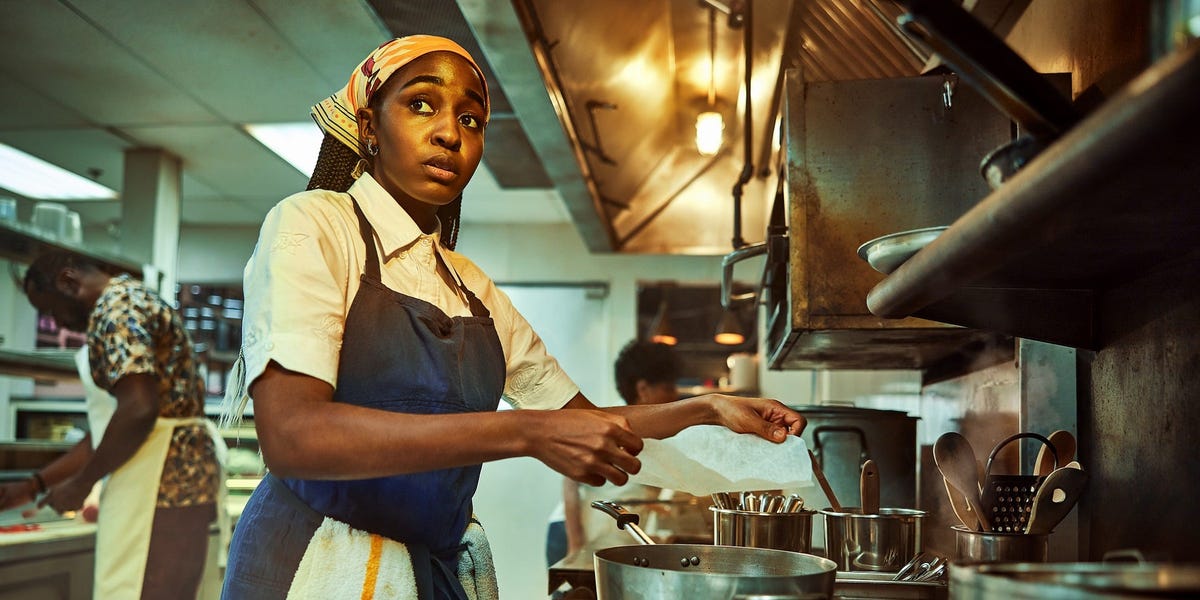 Ayo Edebiri stars on FX’s “The Bear” and plays a talented sous-chef at a popular Chicago sandwich shop. Her character, Sydney Adamu, has extensive experience as a chef, but Edebiri herself had no such work on her resume.

So when scenes of “The Bear” aired on Hulu showing her character chopping, slicing, and cooking like a pro, the actor and comedian said people who know her well reached out questioning whether she was really doing it all herself.

Edebiri told “Today” hosts on Wednesday morning that a friend’s mom, who is a chef, called her up to say she didn’t think the close-up shots of Sydney’s hands were actually hers — she thought they belonged to a trained double. But Edebiri shut that theory down. “Those are my hands!” she said on the show.

The actor is also this month’s digital cover star for “Today.” The publication reported that Edebiri and her costar, Jeremy Allen White, both trained at the Institute of Culinary Education in Pasadena, California, and then each continued their own character-specific training. According to the publication, the pair also worked shifts in the kitchens of several Michelin-starred restaurants around the country.

While this training was Edebiri’s first time working as a chef, she told “Today” that she had spent years working other jobs in eateries.

“I’ve worked in restaurants a lot in my life,” she said. “Never in the kitchen, but waitstaff or hosting, reservations, and my first job was being a dishwasher. I understood, I think, the rhythm of how people spoke and the feeling of being in a kitchen, but never from the chef’s vantage point.”

She also said that the training and her role on “The Bear” led to friends and family expecting a bit more from her than they’re used to when it comes to what she’s making in her personal kitchen. She told “Today” hosts that friends and family want her to cook up the main dish for gatherings and holidays.

“My mom never let me into the kitchen before,” she said. “And after the show, she’s been like, ‘So what are you bringing?'”