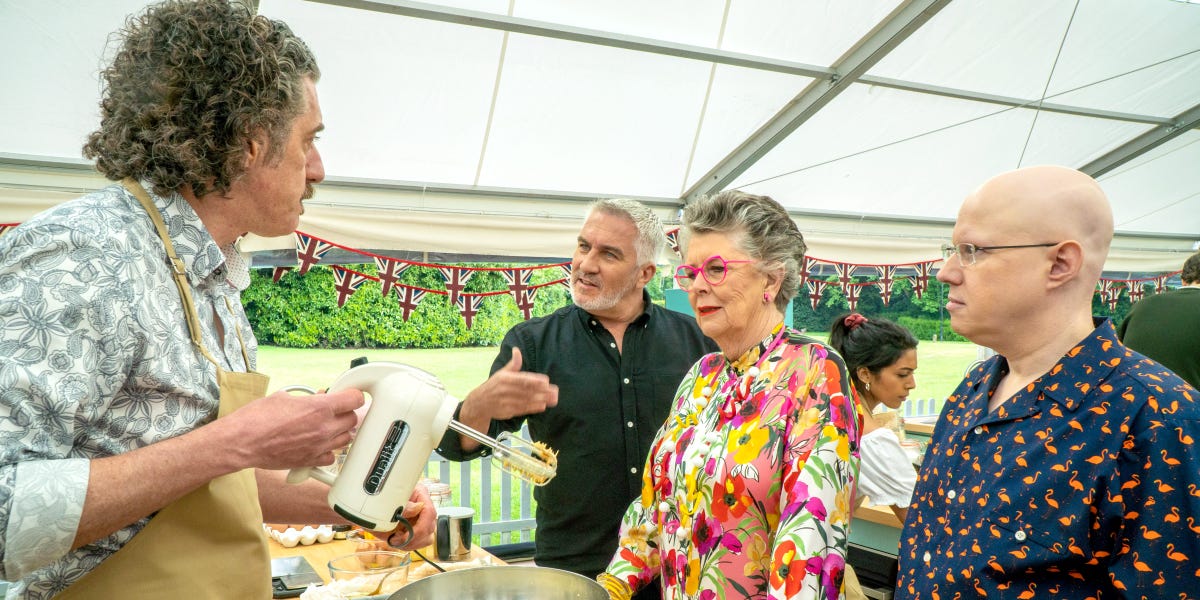 The key to becoming an excellent baker lies in four types of ingredients you probably already have in your kitchen.

According to “The Great British Baking Show” season-12 winner Giuseppe Dell’Anno, understanding the four “pillars” of baking — flour, eggs, sugar, and fats — is key for anyone looking to become a star baker in their own right.

Speaking to Insider ahead of the release of his first cookbook, “Giuseppe’s Italian Bakes,” Dell’Anno said almost every recipe requires some version of flour, eggs, sugar, and fats to preserve the structure of the baked good. For example, sweet bread may call for whole-wheat flour, butter, and sugar and other breads can require ingredients like oil and honey or maple syrup.

Each pillar is essential for creating the structure of a bake, whether it be a crumbly shortbread or a fluffy, airy cake. Once you know how each ingredient impacts a batter or dough, you can experiment with more confidence in the kitchen.

You don’t always need to follow a recipe to a “T.” According to Dell’Anno, the fun of baking is all about swapping ingredients and personalizing a recipe.

But before you start swapping all-purpose flour for an almond version, he recommends following the original recipe to understand how the bake should turn out.

“If I’m making something that I’ve never done before, then I want to make it according to the rule books 100%,” he said. “But then when your own background knowledge and your own experience starts to play a role into that exercise, you can certainly start swapping things around.”

Swap out your ingredients with similar options

Swapping out mix-ins like an almond flavoring for vanilla extract and chocolate morsels for peanut-butter chips is simple and typically won’t compromise a bake.

But when it comes to the four pillars, you’ll need to swap with a like ingredient.

Dell’Anno said if you know what you’re doing, you can swap the major ingredients without ruining the structure of the final product.

“So if you’re swapping a fat, swap it for another type of fat,” he told Insider. “For example, if you’ve got butter, but you’re vegan, you don’t want to use butter then you know, obviously vegan blocks or oils are a good substitute.”

According to Dell’Anno, flour is usually easy to substitute, but the final texture may be different since the amount of gluten can vary. Sweeteners are also simple to experiment with, and agave syrup, honey, or zero-calorie alternatives can be swapped for sugar without ruining the dessert in many recipes.

But, he said, finding something as versatile as egg yolks and whites can be difficult.

“Vegan bakers know that well and I admire them for taking on such a challenge,” Dell’Anno told Insider. “I’ve only tried a couple of times and I am in awe as to how they make it work without an egg.”

However, making a baked good without eggs isn’t impossible. Alternatives like applesauce, mashed banana, aquafaba (a liquid from canned or cooking beans), and even carbonated water can be swapped for eggs.