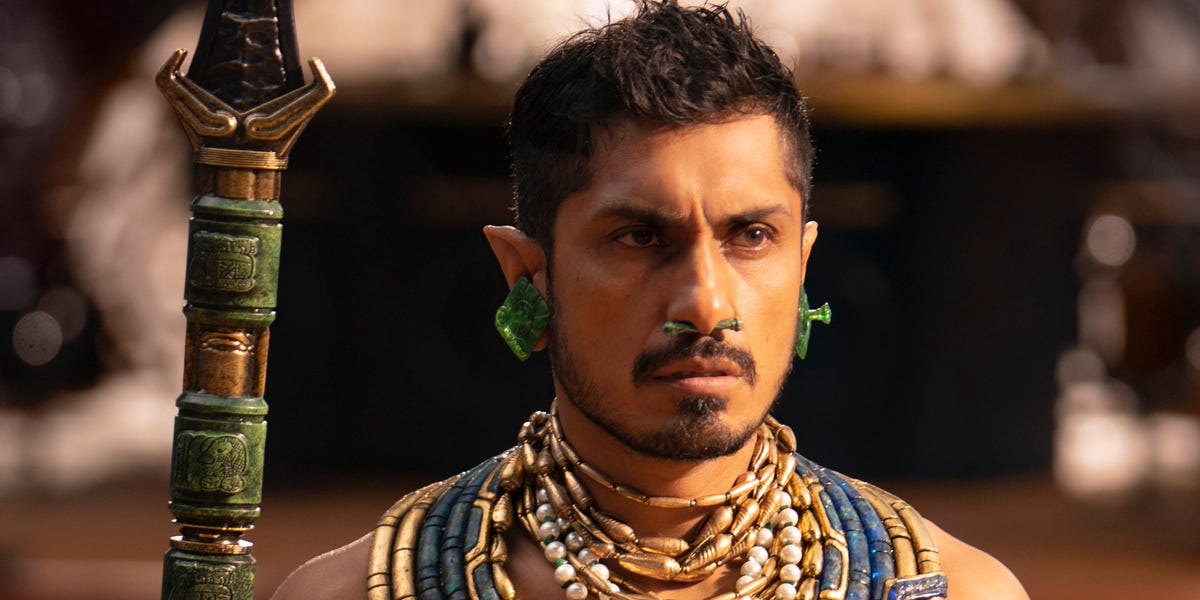 Singh: “BP 2” doesn’t explicitly state how it fits into the MCU chronologically, but there are some references and hints. The film opens with the death of T’Challa (Chadwick Boseman) before jumping a year later.

After the time jump, Ramonda says that Nakia left them six years ago. Later in the movie, it’s mentioned that Nakia left without saying a word after Thanos’ attack. In response, Nakia says that she had to step away after T’Challa was taken away from her.

Since “Infinity War,” which is when Thanos snapped away half of all life, is set in 2018, “Wakanda Forever” likely takes place in 2024.

Two other small details in the film suggest that the sequel takes place concurrently with “Thor: Love and Thunder” (released in July) and “Ant-Man and the Wasp: Quantumania” (in theaters on February 17, 2023).

The lengthy production notes don’t mention the year, but I figured since Nakia was gone for six years after the events of “Infinity War,” 2024 felt like a safe bet.

Of course, we don’t know if she left Wakanda right after “Infinity War” or a few months later (I’m being nit-picky), but for all intents and purposes, let’s say it was right after Thanos’ life-altering snap.

By this logic, Touissant (aka Prince T’Challa), Nakia and T’Challa’s son, should be at least six years old. Honestly, I think he looks a little older.