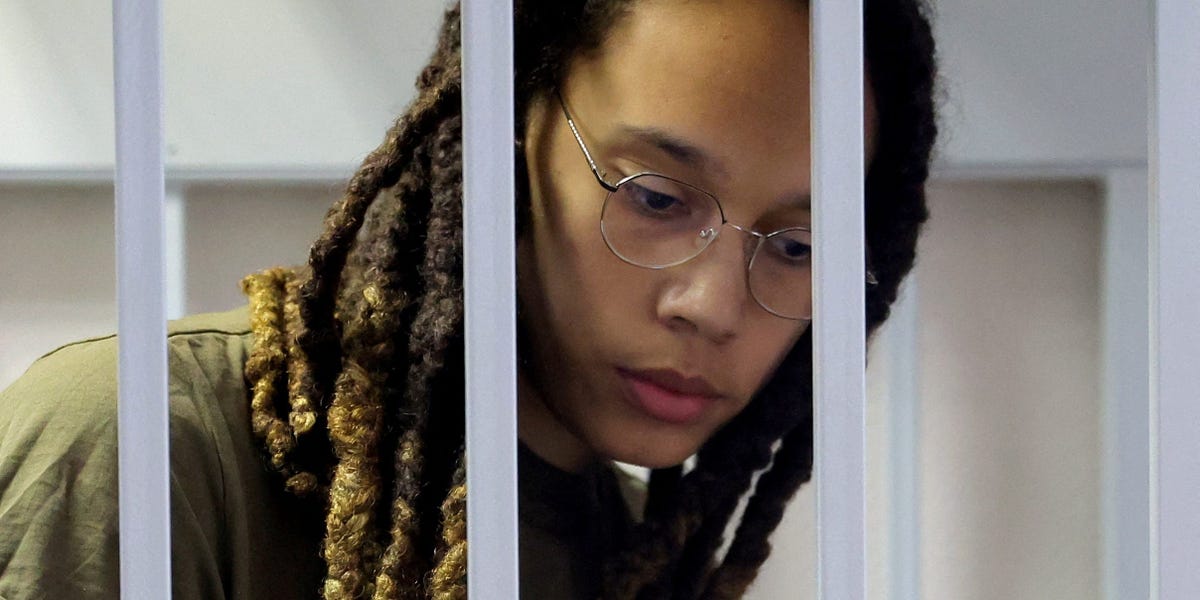 Brittney Griner’s only hope for returning home from Russian prison now lies in a prisoner exchange between the United States and Moscow.

Though the WNBA superstar’s nine-year sentence was widely seen as disproportionate with her crime — traveling into Russia with vape cartridges containing less than a gram of cannabis oil — a panel of judges denied her long-awaited appeal on Tuesday.

The rejection “was the expected outcome” because “there’s a thumb on the scale” in Russian courts, hostage negotiation expert Jonathan Franks told Insider. Still, the decision all but confirmed that Griner will have to serve her term in one of Russia’s infamous penal colonies — unless, of course, the White House can reach a deal with Vladimir Putin and the Kremlin.

“What Russia did was turn the volume up to 11,” Esquire Digital Chief Legal Analyst Aron Solomon said of Griner’s appeal denial. “Even though, just last week, Russia claimed that a Griner release wasn’t high on their list of priorities, maximizing the return for their investment in taking her as a political prisoner absolutely is.”

Putin and his allies have “all the leverage,” Solomon explained, because they know President Joe Biden “really wants to get a deal done before midterms.” Bringing Griner and fellow wrongfully detained American Paul Whelan home would be a massive public relations victory for himself and the Democratic Party — and Putin doesn’t want to hand him any easy wins.

“I think we have a good window over the next week and half — if and only if Russia is motivated to do the deal,” Solomon said.

But Franks, a Bring Our Families Home Campaign spokesperson who helped negotiate for the freedom of American Marine veteran Trevor Reed from Russia, is skeptical that Putin is motivated to come to the bargaining table just yet. He believes that the Russians are reluctant to give up the “once in a lifetime opportunity for Putin to cause chaos in our country.”

“This is trolling of the first order and operationalized trolling on the part of a state actor,” Franks said. “Every time Cherelle goes on TV, there’s sort of an earthquake, and everybody covers it because she’s a powerful advocate for her wife. And then people are asking the White House questions about it at the briefing, and they’re struggling to answer them.

“I’m sure that that is quite enjoyable for [the Russians] to watch chaos ensue and feel like they can provoke it at any time by sending Brittney to court or by adversely affecting her prison conditions,” he added.

Franks also noted that there may be a revenge component to Russia’s stalling. The United States has long been on the opposite end of these negotiations; Russia would approach the White House with an offer for a prisoner trade, and the US government would routinely rebuff the proposal.

Now, several years after Moscow first attempted to negotiate the release of notorious Russian arms dealer Viktor Bout, the Biden administration has reportedly offered to include him in a swap for Griner and Whelan. Franks thinks it’s possible Putin is drawing out the process to “get back at the US for not making this deal years ago.”

“That may be part of this — we delayed them for so long and said it was impossible we could do one of these, and now we wanna do it,” Franks said. “And now the Russians have taken their time. It does feel like game playing.”

Still, Putin has plenty of incentive to play ball with Biden at some point. Russia has made tremendous efforts to secure Bout’s release in the past, and because of that, Franks surmises that “eventually they’re gonna come back to the table.”

“He could point at her and say she’s going home tomorrow,” Franks said. “But the fact is, they wanna make their system look legitimate at all costs. So if they just suddenly trade somebody before they’re even sentenced, it’s too transparent. They know what that looks like.

“So instead they wait until they’re either sentenced or their case is completely disposed of — meaning appeals exhausted or waived,” he added. “And then maybe they’re more willing to chat.”

President Joe Biden said Tuesday that he and White House staffers have been “in constant contact with Russian authorities” in an effort to reach a deal to bring the eight-time WNBA All-Star back stateside. American government officials maintain that they still have yet to receive a serious counteroffer out of Moscow.

“We’ve not been meeting with much positive response,” Biden said. “But we’re not stopping.”