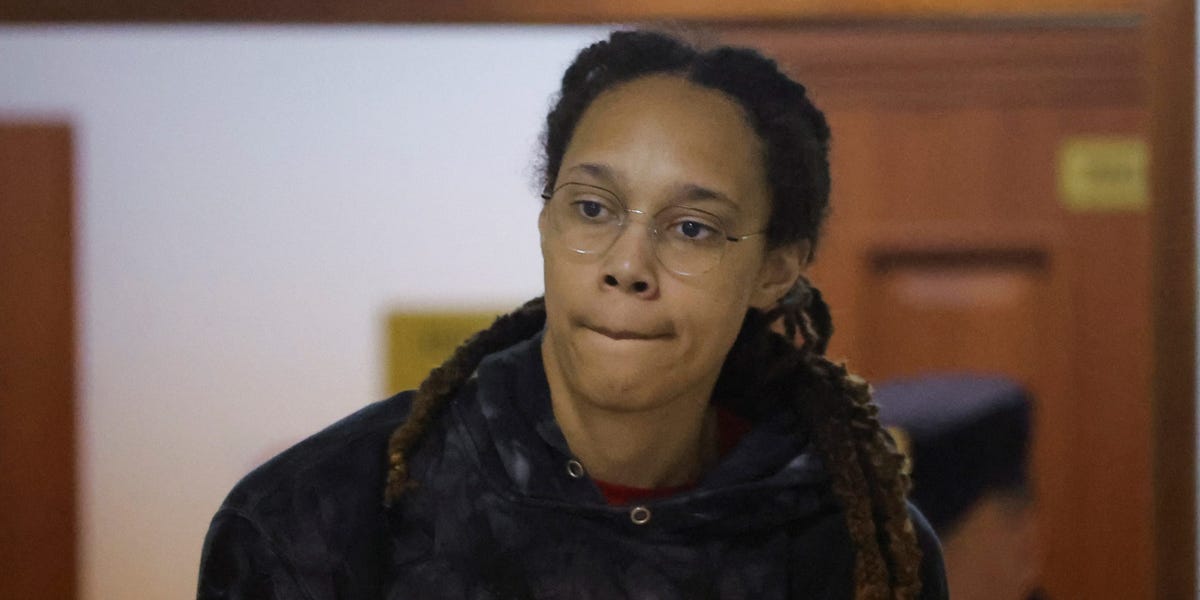 A Russian court has rejected Brittney Griner’s appeal for a reduced sentence in her closely watched and highly politicized drug-smuggling case.

Now, unless the Russian government agrees to a prisoner exchange with the United States, the WNBA superstar will spend a full nine years serving time in one of Russia’s infamous penal colonies.

NBA Commissioner Adam Silver, who has an extensive background in law, said Griner’s punishment is “dramatically disproportionate” with the “minor crime” that resulted in her arrest back in February.

“We have been very public about our belief that she deserves to be released at this point,” Silver told ESPN’s Malika Andrews on “NBA Today” Monday afternoon. “There should be mercy, of course, for anyone in her position.”

Griner’s attorneys have made similar arguments regarding the extreme nature of her sentence relative to her alleged offense. The eight-time WNBA All-Star was first taken into custody when agents at Moscow’s Sheremetyevo Airport found vape cartridges containing 0.702 grams of cannabis oil in her luggage.

Russia’s penal code states that transportation of drugs on a “large scale” could be punishable by fine, two years of “corrective labour,” or the “deprivation of liberty for a term of up to three years.” Large scale, as defined in the code, is a quantity “exceeding the average one-time consumption dose by 10 or more times.”

That amount, according to a research article published in the “Harm Reduction Journal,” was set at 0.4 grams of cannabis oil via a 2006 decree. And even though Griner’s 0.702 grams was significantly less than the threshold of “an especially large scale” — which was set at five grams in the same decree — her nine-year sentence fell within that punishment range instead of the “large scale” parameters.

The discrepancy leaves little doubt that Griner’s detainment is politically motivated, as legal experts, hostage negotiators, and political scientists have all told Insider in the eight months since the 6-foot-9 Phoenix Mercury center was first taken into custody.

“The whole point of a state like Russia arresting an American is not because it’s a legitimate criminal proceeding, but because they intend to use them as a hostage,” Dr. Dani Gilbert, an expert on hostage taking and recovery, previously told Insider. “At some point between the moment of the arrest as the process unfolds until that person is released, they transition from regular prisoner to bargaining chip.”

“I think we are safely in that territory of bargaining chip now,” the Rosenwald Fellow in US Foreign Policy and International Security at Dartmouth College’s John Sloan Dickey Center for International Understanding added. “I’m very comfortable thinking of [Griner] in those terms and thinking of this as a case of hostage diplomacy.”

As such, Griner’s most promising pathway out of foreign custody involves a prisoner exchange between the White House and the Kremlin. Though the US has reportedly offered to swap notorious Russian arms dealer Viktor Bout to secure the freedom of Griner and fellow American Paul Whelan, American government officials have maintained that they have yet to receive a serious counteroffer out of Moscow.

In a statement released from National Security Advisor Jake Sullivan Tuesday morning, the White House condemned Russia for putting Griner through “another sham judicial proceeding” and vowed to continue making “every effort to bring home Brittney as well as to support and advocate for other Americans detained in Russia, including fellow wrongful detainee Paul Whelan.”

Silver, for his part, says he and other NBA officials have “had direct conversations with the White House, with the State Department.”

“We’re doing everything we know available to us at this point, which is to continue to raise her profile and have direct conversations with the US government at all levels,” Silver added on ESPN. “But beyond that, it’s frustrating for everyone — it’s enormously frustrating for her family — I’m not sure what else we could be doing right now.”

Silver’s full comments on Griner are available below: