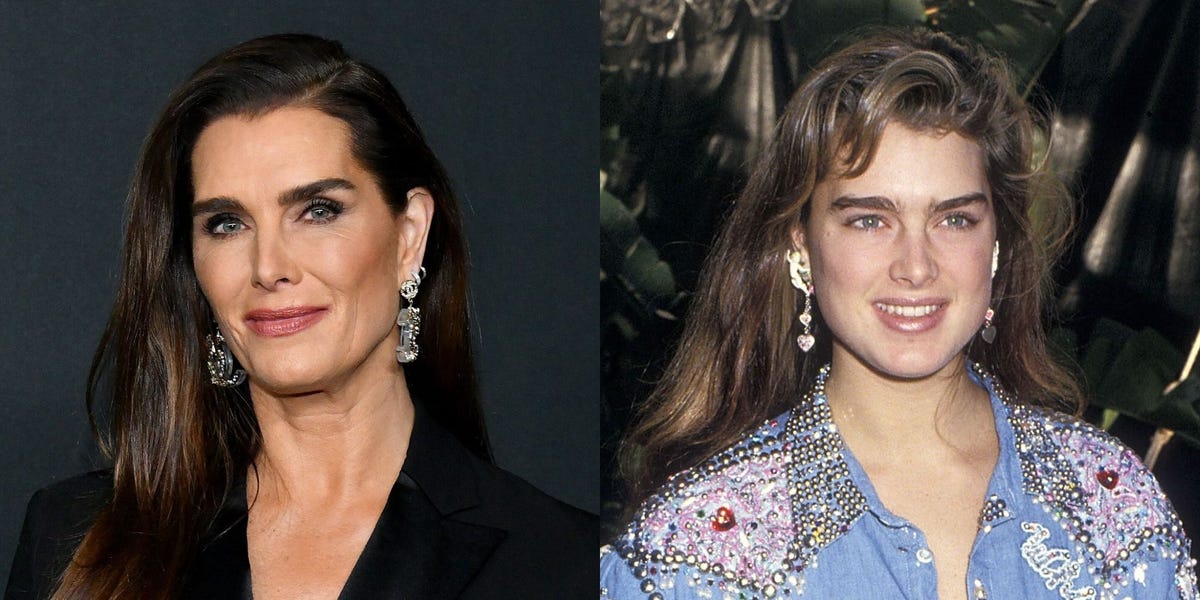 Brooke Shields has said it was a “mistake” to reveal to the world that she was a virgin early on in her career.

Speaking in a recent episode of her podcast, “Now What? With Brooke Shields,” the actor — who rose to fame playing a child prostitute in “Pretty Baby” (1978) — opened up about the legacy the confession has left and how it affected her public image.

In 1985, when she was 20 years old, Shields penned a coming-of-age manual for college-age girls titled “On Your Own.”

The book featured advice on topics such as grooming, dating, and schoolwork from Shields, who at the time had taken a break from acting and was enrolled at Princeton University.

However, its most famous chapter saw Shields seemingly confirm that she was practicing abstinence, although she says it was initially intended to be about “owning your choice” to have sex or not.

“I mean, I think it was, in hindsight, a bit of a mistake for me to be so open about my virginity because it never left me alone,” the actor said.

“I would get a lot of fan mail from kids saying, ‘Oh, my boyfriend’s pressuring me, and I don’t want to have sex. What do I do?’ My narrative was, ‘You don’t have to do anything you don’t want to.'”

Shields explained that as a result of the book, she “became the most famous virgin in the world,” and was asked to go on talk shows and speak to older men about the topic, which she found “very creepy.”

However, the experience also gave Shields the wherewithal to face just about anything. She explained: “To be in the line of fire at such a young age in that way, I gained a resilience and it set me up to be ready for anything in this industry which can be difficult.”

Although the book was credited to her, the actor added that it was mostly ghostwritten by someone else, as her publishers were not impressed by the chapters she had written herself.

Elsewhere in the podcast episode, Shields also discussed her regret over waiting to have sex until she was 22 years old. She said she lost her virginity to her Princeton boyfriend, Dean Cain, a few years after the book was published.

She said: “I have regret around [waiting] because there was a sense of joy and freedom that I should have been able to feel within a relationship that was so lovely and so beautiful and sweet.”

Shields previously opened up about growing up in the public eye in her 2014 memoir, “There Was a Little Girl: The Real Story of My Mother and Me.” In an excerpt from the book published in The Times of London, Shields shared that her mother, Teri Shields, was keen for her to be seen dating famous men while maintaining a “vow of chastity”

She wrote: “Basically my ‘relationships’ had always been orchestrated by my mother in one way or another. She didn’t focus on romance (never mind love) but instead wanted to associate me with names that connoted fame, money, and power. These were the relationships she supported. She loved that I had briefly dated John Travolta, Jimmy McNichol, Leif Garrett, Scott Baio, and John Kennedy.”