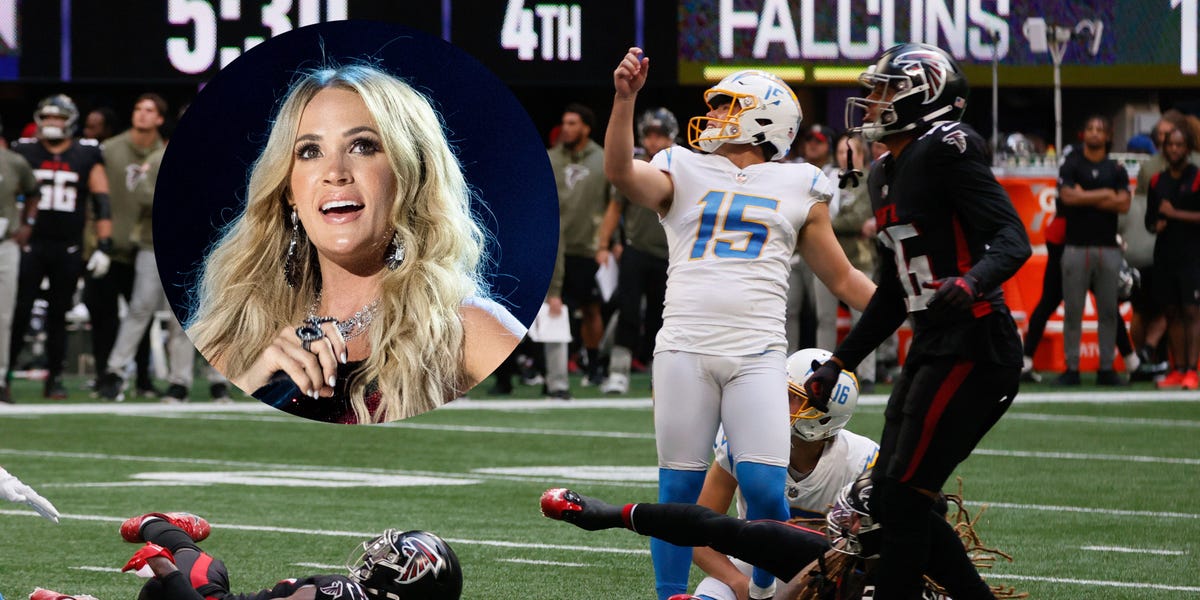 Rookie kicker Cameron Dicker has had quite an introduction to life in the NFL.

After going undrafted in the spring, Dicker had brief stints with both the Los Angeles Rams and Baltimore Ravens during training camp, but he never appeared for either team during the regular season.

Kickers, however, must always stay ready, and in October, Dicker made his NFL debut with the Philadelphia Eagles after starting kicker Jake Elliott suffered an injury. Dicker made two field goals against the Arizona Cardinals in Week 5, including a late game-winner, and was named NFC Special Teams Player of the Week.

When Elliott returned to the lineup, Dicker was cut, and returned briefly to a non-NFL existence, until the Los Angeles Chargers called a week later asking if he could come fill in for their injured kicker.

On Sunday against the Falcons, Dicker made his second game-winning field goal, for a second NFL team, just halfway through his first season in the league.

At the start of the week, Dicker was surprised to learn he would be joining the Chargers. So surprised, in fact, that he had made other plans.

“I was planning on going to a Carrie Underwood concert on Tuesday night, or Monday night, whenever it was that I got the call,” Dicker told reporters in the locker room after his game-winning kick.

For Dicker, it’s quite a way to start his career. While he still might not stick in Los Angeles — Dustin Hopkins is likely to return to the starting job once he’s recovered from injury — Dicker is making quite a case for himself as a reliable NFL leg.

And while he missed his chance to see Underwood in order to make it to the Chargers, he’ll have other chances to see her perform.

If he can secure a spot on an NFL team in the near future, he could even see her introducing his game on “Sunday Night Football.”