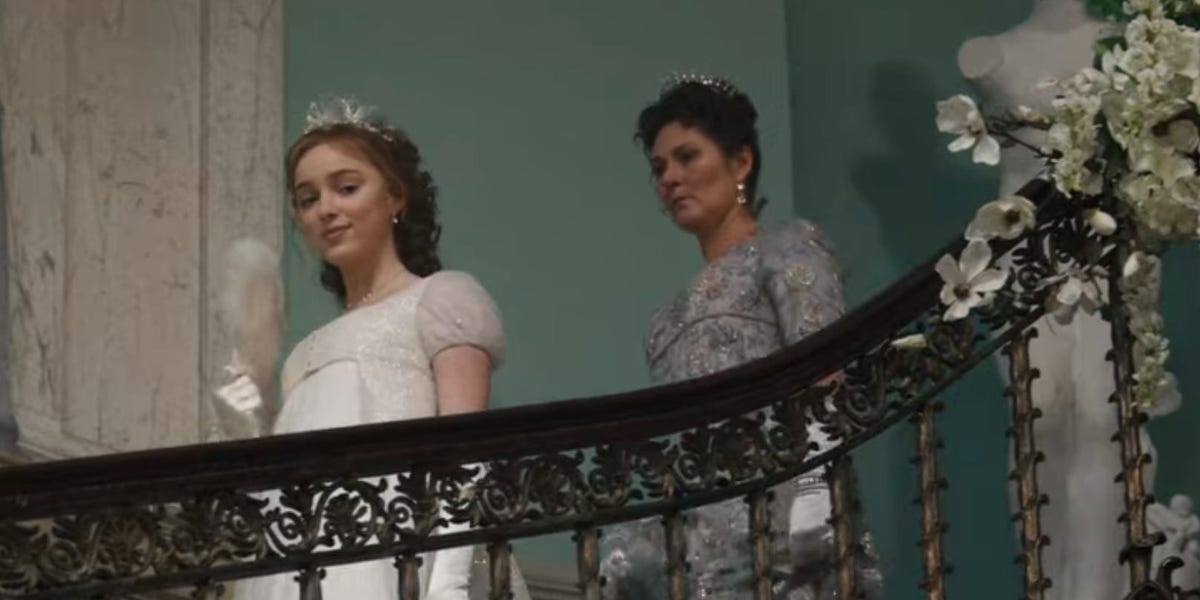 “Bridgerton” star Phoebe Dynevor said that a show choreographer helped her overcome a “full-blown panic attack” while filming a difficult scene in season one.

Last year, breakout star Dynevor told Grazia that she had a panic attack before shooting a particularly big moment in season one, episode three, where her character, Daphne, enters the Ingenue Ball and everyone looks on as she walks downstairs. Dynevor said that this was “one of the hardest scenes to shoot” since she felt like “poo” on the day.

In “Inside Bridgerton,”  a new book about the making of the first two seasons of the hit Netflix series, Dynevor and choreographer Jack Murphy recounted how the actor gained the courage to go ahead with the scene.

According to Murphy, Dynevor came over to him during rehearsal for the scene to say she was unsure about how to perform the scene.

Murphy said in the behind-the-scenes book: “I told her, ‘You’re feeling self-conscious coming down the stairs because everybody is watching you. So you’re playing the feeling, not the action. As you come down the stairs, you realize — and there’s a transition — that you have got to get ‘someone else’ to feel uncomfortable. And you are going to manipulate the prince in order to do so. So stop targeting your feeling and play the action.'”

Dynevor added: “It’s very generous that Jack Murphy said I was merely self-conscious. I wasn’t just uncomfortable, I was having a full-blown panic attack! I had woken up feeling like a pile of poo. Just one of those unfortunate days that we all have where we’re just not feeling good about ourselves.”

She continued: “And then I had to do this scene where I’m walking down the stairs while everyone is staring at me — it was so hard to confront all of those eyes. You always need an intention in a scene, and I just didn’t feel like I deserved to command the attention of the whole room. I felt far too imperfect.”

Dynevor went on to say that Murphy’s advice really helped to get her get through filming the scene.

“I had a real moment with Jack where he coached me to a place of empowerment, but that was a really hard scene to film – I wanted to run away!” She said.