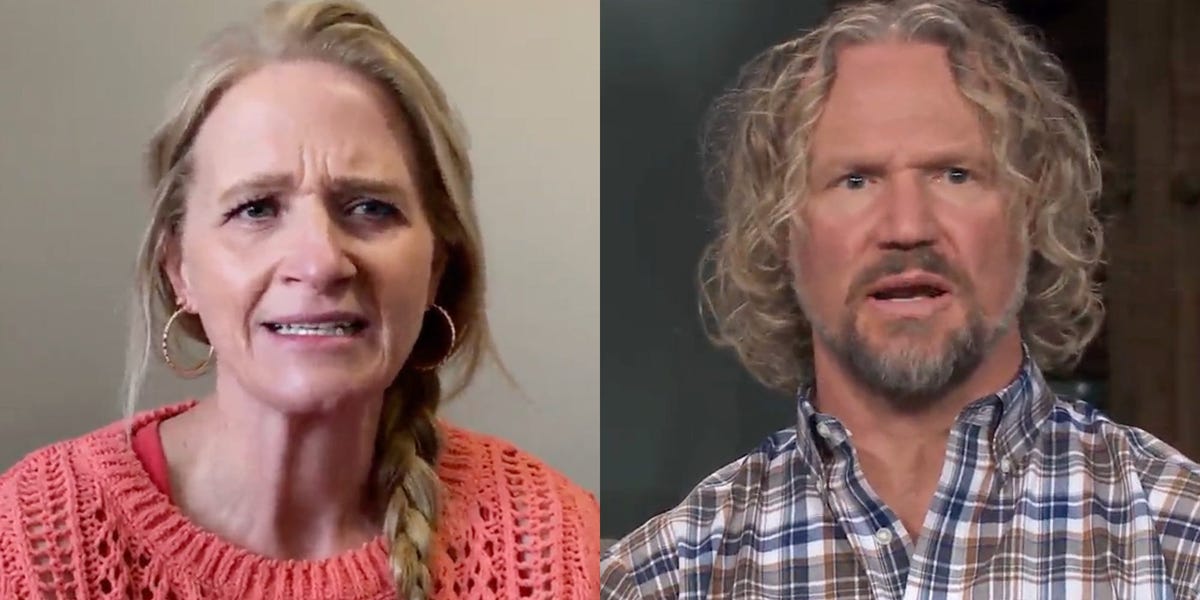 Ysabel Brown left for college in North Carolina on Sunday’s episode of “Sister Wives,” and that milestone had her mom Christine reflecting on Kody’s relationships (or lack thereof) with their kids.

“The hardest part of my whole life is that my kids don’t have a great relationship with their dad — he doesn’t even know them,” Christine said in a solo interview on the episode, which was interwoven with scenes of Kody helping Christine, Ysabel, and Truely Brown finish packing up a car for their road trip to North Carolina. Kody didn’t join his ex and their two daughters for the trip.

“Sister Wives” has explored Kody’s strained relationship with Ysabel for a couple of seasons now. The tension between them first became obvious on season 16, filmed in 2020, when Kody chose not to accompany Christine to Ysabel’s surgery to correct her scoliosis, which had to happen on the east coast, because of health and safety concerns related to traveling amid the COVID-19 pandemic.

Christine told People in August that Kody’s decision not to be with Ysabel for such a big event was the “wake-up call” that made her realize she needed to leave Kody and could live a single life.

Ysabel has questioned her father’s priorities on previous episodes of “Sister Wives,” but on Sunday’s episode, seemed to accept that he wasn’t coming on the road trip to help her get settled in North Carolina.

“My dad isn’t coming with us,” she said in a solo confessional interview. “He has children here in Flagstaff, so it’s not like he can be away for that long. Also, there’s still COVID around, unfortunately.”

But Kody, who attended a friend’s wedding on a previous episode of “Sister Wives” this season, said he just didn’t want to travel with Christine. He said he’d accepted that she was leaving the marriage, “but I’m not gonna take a trip with her.”

Reflecting on how her kids don’t have a good relationship with Kody in her solo interview, Christine said, “You know what’s sad, too, is they don’t know how amazing he is either,” she said. “Kody has this awesome side to him that my kids don’t know.”

She said she fell in love with that man at one point. “Of course he’s not that person anymore and neither am I,” she added, noting that this made her “sad.”

“Listen, I have 18 kids, I’m spread thin,” Kody said in a solo interview, presumably after being asked by a producer to reflect on his relationship with his and Christine’s children. “I work hard to visit with my children, to connect with them, to do something that they like. It’s not always an easy connection.”