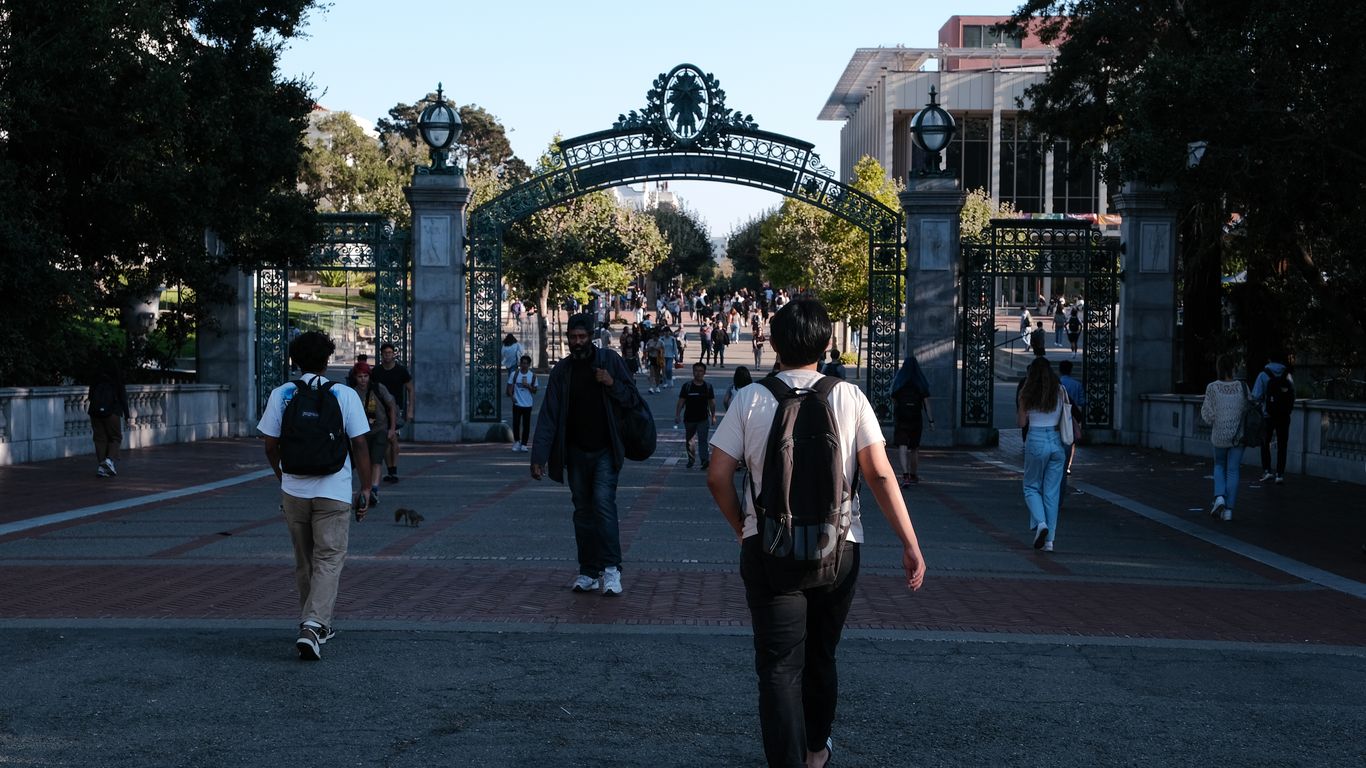 Students walk at the University of California, Berkeley on Aug. 30. Photo: David Odisho/Bloomberg via Getty Images

College enrollment has declined for the third school year in a row, but the drop may be cooling after reaching historic levels during the pandemic, per a report out Thursday by the National Student Clearinghouse.

Why it matters: With each passing school year of declining enrollment, “a path back to pre-pandemic enrollment levels is growing further out of reach,” Doug Shapiro, executive director of the nonprofit research center, warned.

Driving the news: Total undergraduate and graduate enrollment combined declined 1.1% between fall of 2021 and 2022, leading to a total two-year decline of 3.2% since 2020, per the nonprofit.

Between the lines: That’s good news for community colleges, as those institutions bore much of the brunt of the pandemic drop-off.

State of play: The pandemic accelerated the trend of falling college enrollment, which had been occurring since 2012.