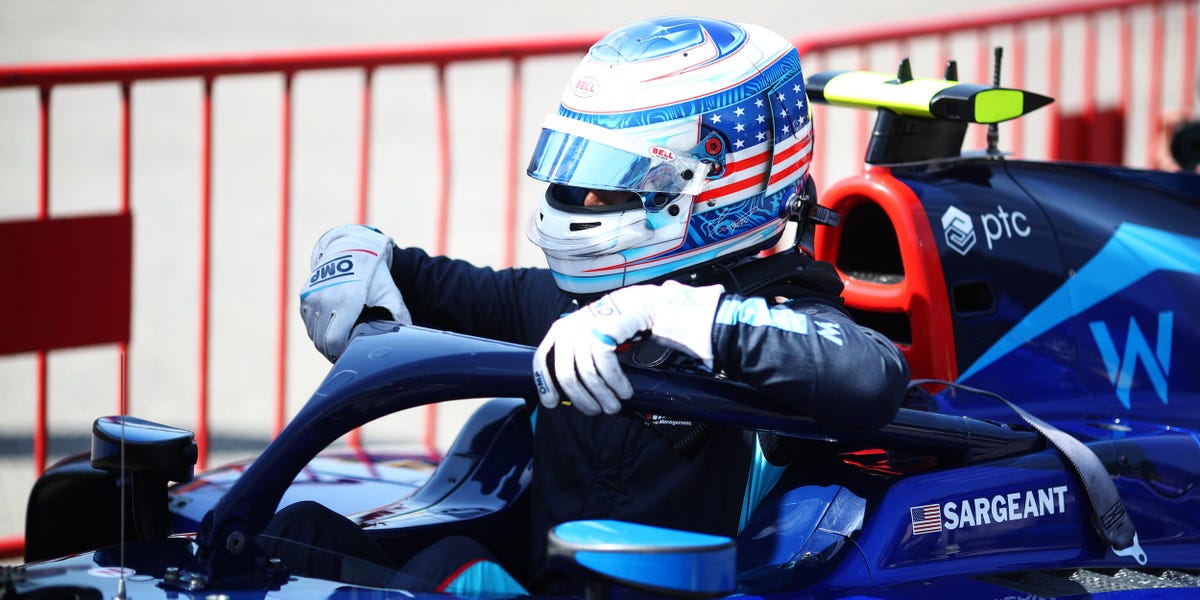 Logan Sargeant is set to end the US drought in Formula One, and he can thank a fellow American driver and a case of appendicitis for inadvertently catalyzing the chain reaction that made it happen.

Before the United States Grand Prix in Austin, Texas, Williams Racing team principal Jost Capito announced that Sargeant would race for his team next year, replacing the outgoing Nicholas Latifi, so long as the American can secure a Super License from F1’s governing body, the FIA.

Sargeant, who participated in US Grand Prix’s first practice session last week with Williams, would become the first American driver in F1 since current IndyCar driver Alexander Rossi started five races in 2015. The last full-time American driver on the grid was the aptly named Scott Speed, who raced for Toro Rosso in 2006 and 2007. Before Speed, you have to go all the way back to Mario Andretti in 1982, who was the last American to win an F1 race.

Sargeant, who is currently third in the F2 standings with one race remaining, must finish sixth or better in the final standings to earn his Super License. Sargeant has a 12-point lead over the seventh-place driver, making it likely that he will secure his license if he can finish the race.

But none of this would be possible if IndyCar driver Colton Herta had not failed in his quest to be granted a Super License shortcut.

Herta had long been considered the favorite to be the next American in F1. However, he was short of qualifying for the Super License needed from F1’s governing body, the FIA. The required license uses a point system based on how a driver performs in other series, with additional points awarded for participating in F1 practice sessions.

In September, we learned that AlphaTauri was willing to allow Pierre Gasly to jump to Alpine, but only if the FIA would grant Herta a Super License exemption. While some feel the point system is unduly harsh on IndyCar drivers, some teams were against Herta skipping the line.

The FIA eventually ruled against Herta’s hopes of moving to F1 in 2023.

The decision caused an unexpected series of moves

At the time, it was thought that Herta’s disqualification was the end of any hope that an American driver would race next season, as Gasly was then set to remain with AlphaTauri. However, as teams scrambled to fill their seats, another young driver came along and impressed the F1 world.

The lesser-known Sargeant suddenly jumped to the top of teams’ lists, and it all started with a case of appendicitis.

Here is the series of moves that inadvertently opened the door for Sargeant:

Over seven weeks, Sargeant went from a longshot F1 hopeful to now having a spot waiting for him on the 2023 grid.

The only thing left for Sargeant is to get his license and then find a new number, even though his favorite won’t be used next season.