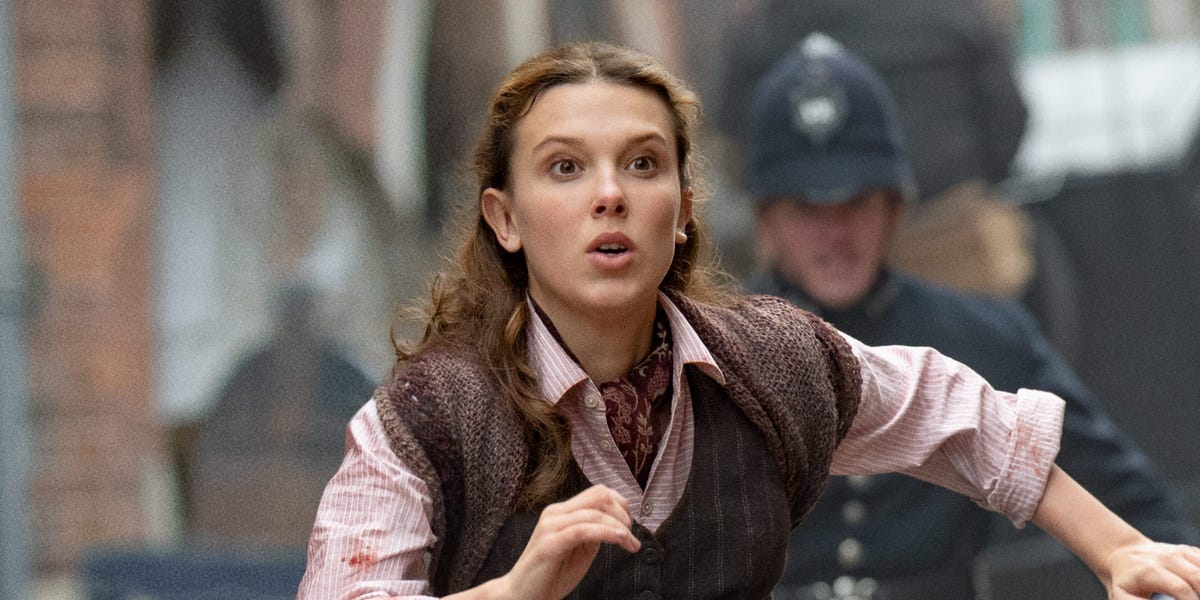 “Enola Holmes 2” director Harry Bradbeer told Insider that there’s one moment in the film where he sees Millie Bobby Brown playing herself rather than the character she plays, Enola Holmes.

Brown has spoken previously about how similar she and Enola are, especially compared to her other standout role as the taciturn, psychic teen Eleven in “Stranger Things.” While Brown and Eleven are radically different, the actor said in the press notes for “Enola Holmes 2” that she and Enola are both “quite dry and brutally honest.”

Bradbeer told Insider that there’s one moment in “Enola Holmes 2” where he sees Brown herself still shining through.

“There’s one point where she laughs, it’s her laughing when Sherlock watches her leave the dojo,” Bradbeer said. “There’s a laugh to Tewkesbury that’s still in there, I think. I think that’s Millie.”

The scene itself falls close to the end of the film. In it, Brown can be heard giggling, and then laughing outright, as she walks away from her brother Sherlock, played by Henry Cavill.

Bradbeer told Insider that there were other moments during filming where the line blurred between Brown and Enola, and he had to step in when Brown improvised lines or moments that were a “little too contemporary.” While some of Brown’s improvisations didn’t make it into the film, others did, such as one in which Enola says that she has a “crazy idea” for Sherlock to get a flatmate in his apartment.