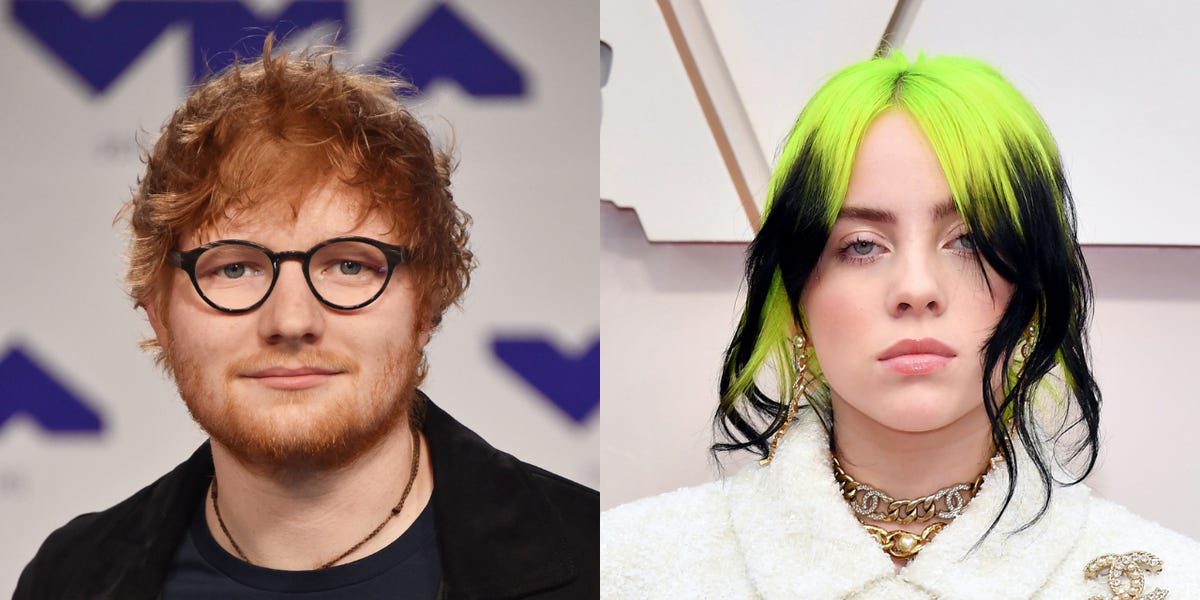 The most recent James Bond film, “No Time To Die,” could have had a very different theme song as Ed Sheeran was initially tapped for the task before Billie Eilish.

During a recent appearance on “That Peter Crouch Podcast,” Sheeran said he was inches away from joining the likes of Adele, Sam Smith, and Madonna, who have all performed Bond themes.

His comments came after Crouch asked him whether he’d done a Bond song.

“I was within a fucking gnat’s pube of doing one,” Sheeran replied, adding that everything changed after the film’s producers changed directions.

“They changed directors and then they just changed scripts, and that was it,” he added. “We’d done all the meetings, I started writing it.”

Sheeran was replaced by Billie Eilish, who co-wrote “No Time to Die” with her brother Finneas. The track, produced by Hans Zimmer and Johnny Marr, went on to receive critical acclaim, including the Best Song award at this year’s  Oscars. According to The New York Times, Eilish is the youngest artist to record a Bond theme.

Despite losing out, Sheeran said he wouldn’t turn down the opportunity to work on music for the franchise in the future: “If they came back, I would be like yeah, of course, yeah.”

With Daniel Craig’s tenure as Bond over, speculation is rife about who will replace him. In June, producer Barbara Broccoli said the next film will be a “reinvention of Bond” and it could be at least two years before shooting starts, Deadline reported.

“Nobody’s in the running,” she said. “We’re working out where to go with him, we’re talking that through. There isn’t a script and we can’t come up with one until we decide how we’re going to approach the next film because, really, it’s a reinvention of Bond. We’re reinventing who he is and that takes time.”