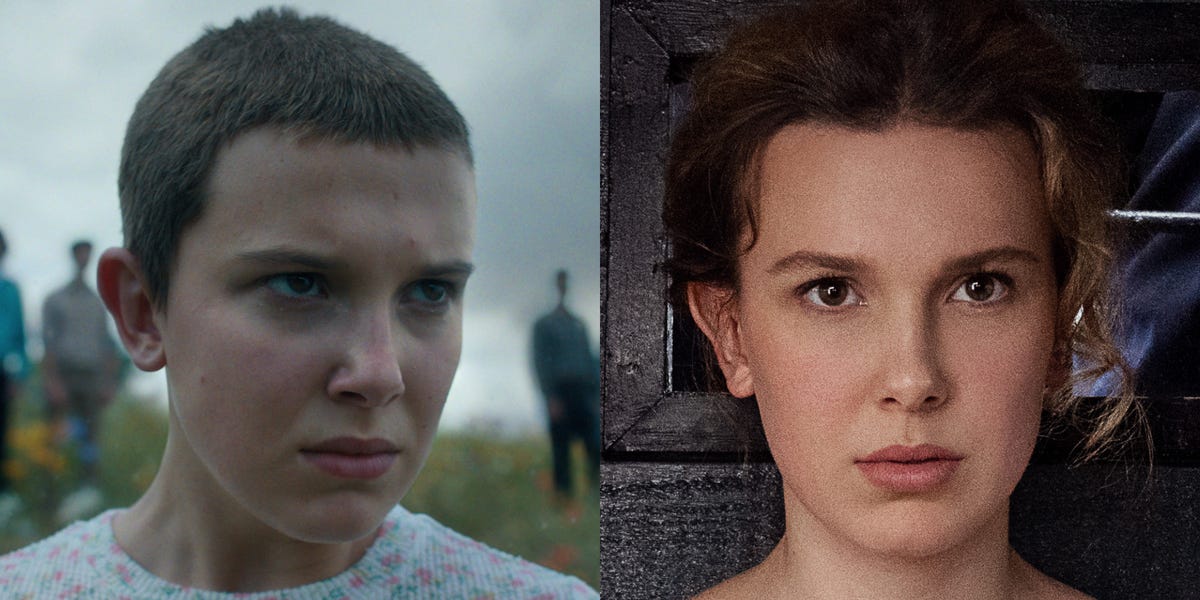 Millie Bobby Brown said that after filming “Enola Holmes 2,” she worried about accidentally bringing one of her character’s habits — looking directly into the camera — to the final season of “Stranger Things.”

Brown plays the titular Enola in “Enola Holmes 2” as well as the first film in the series, which follows the younger sister of Sherlock and Mycroft Holmes as she works to establish herself as a detective.

In the movie, Enola frequently narrates and thinks out loud directly to the camera, breaking the fourth wall.

At a Q&A during the film’s premiere in New York, Brown said that the practice made her worry, according to Today.

Brown plays Eleven on “Stranger Things,” a teenager with psychic powers. The show premiered in 2016, when Brown was 12 years old, and is currently headed into its fifth and final season. Eleven is much more taciturn than Enola, and doesn’t ever directly address the audience.

The two characters, however, do have one thing in common: they’re ripe fodder for Halloween costumes, as Jimmy Fallon pointed out to Brown on Thursday’s episode of “The Tonight Show.”