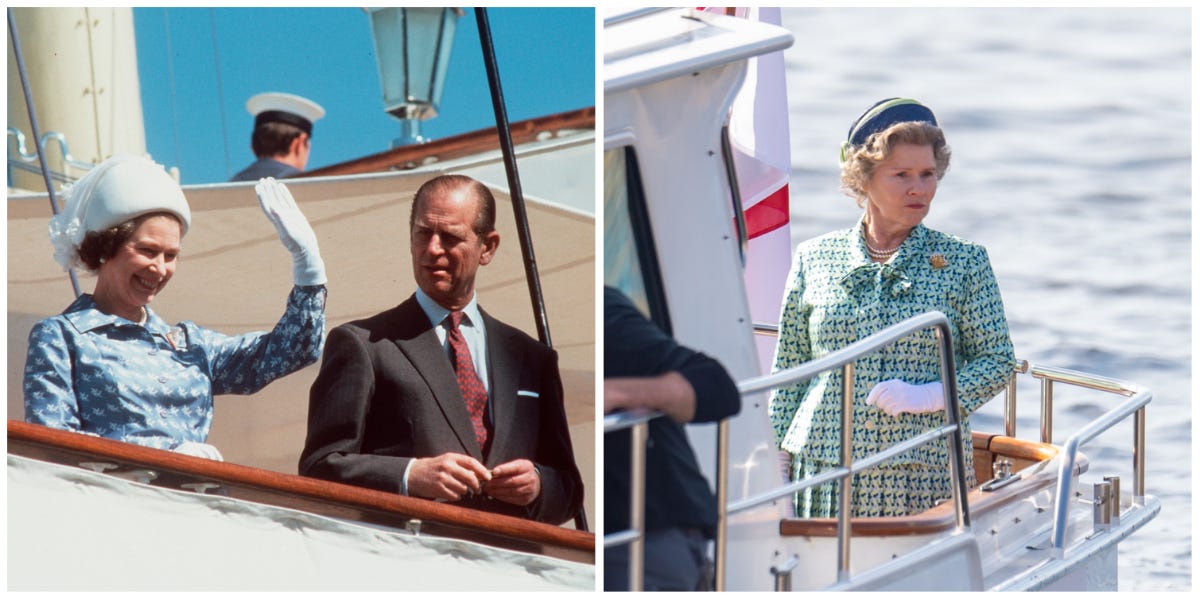 The Royal Yacht Britannia served as the royal family’s private yacht from 1953 to 1997. The Queen shed a rare public tear when it was decommissioned.

The first episode of season five of Netflix’s “The Crown” flashes back to 1954, when Queen Elizabeth christened the Royal Yacht Britannia, and shows the royal family spending time aboard the luxurious ship.

Later on in the episode, when asked if Balmoral is her favorite home, Imelda Staunton’s Queen Elizabeth replies, “There is another that’s even more special to me,” alluding to the Royal Yacht being her favorite.

Despite the Queen’s fondness for the Britannia, the Labour government decided to decommission it in 1997 due to its high operation cost of £11 million each year, Reuters reported. That’s equivalent to about $23 million today.

At the decommissioning ceremony, the Queen shed a rare public tear.

Shouting was forbidden on the Royal Yacht Britannia.

Officers wore gym shoes to stay silent near areas where the royal family ate and slept, according to the yacht’s official website.

Children were assigned an officer known as a “sea daddy” to look over them while onboard.

There was a room aboard the ship called the “Jelly Room” that existed for the sole purpose of storing royal children’s jellies, a gelatin dessert that Americans might call “Jell-O.”

In addition to the chilled “Jelly Room,” the yacht had a total of three galley kitchens where chefs from Buckingham Palace prepared meals.

The location of each utensil was measured meticulously with a ruler, according to the book “Royal Transport: An Inside Look at the History of Royal Travel” by Peter Pigott.

All of the clocks onboard the Royal Yacht Britannia are stopped at 3:01 pm.

The clocks are frozen at the time the Queen stepped off the ship for the last time during its decommissioning ceremony in December 1997.

The ship had a full-time staff of more than 240 yachtsmen, known as “yotties.”

Yotties carried out a range of duties, including scrubbing the decks, polishing silverware, arranging flowers, and diving beneath the ship to search the seabed.

Founded in 1989, the Association of Royal Yachtsmen organizes reunions and an annual dinner and dance.