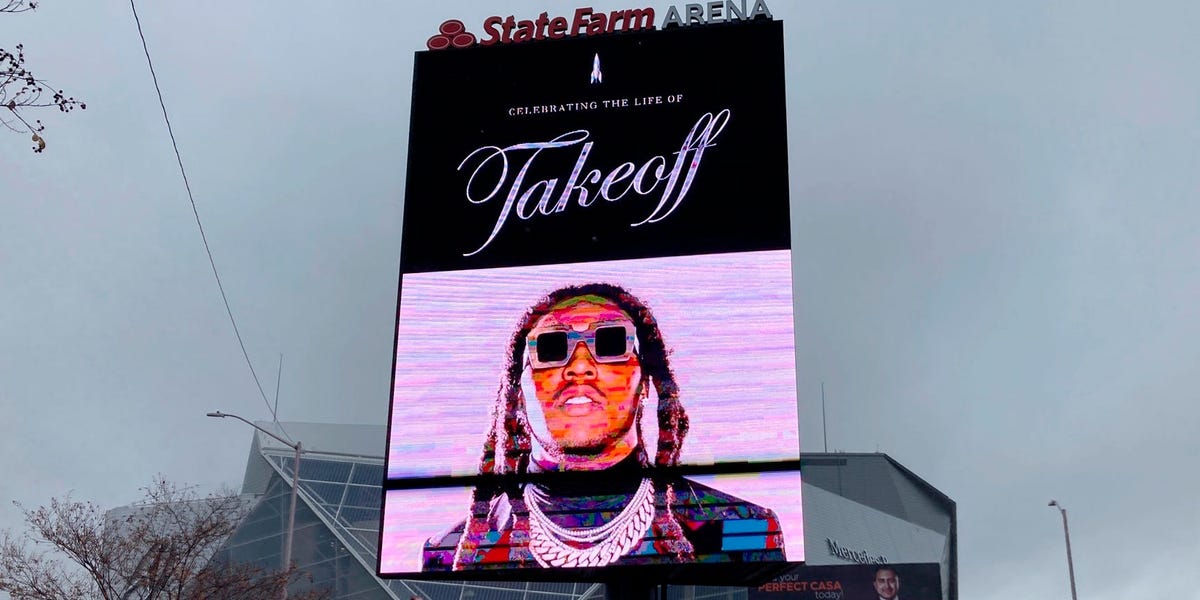 A large public memorial was held for rapper Takeoff at State Farm Arena in Atlanta, Georgia, on Friday.

Takeoff, whose real name is Kirshnik Khari Ball, was shot and killed on November 1 in Houston, Texas. He was 28.

The rapper released his first studio album, “The Last Rocket,” in 2018 and was featured in numerous chart-topping songs with artists like Lil Wayne, Pop Smoke, Roddy Ricch, and DJ Khaled.

But the Georgia-native rapper was best known as a member of the trio Migos, which featured his uncle Quavo and his cousin Offset. The three skyrocketed to become some of the most recognizable names in hip hop today, with singles like “Versace” and “Bad and Boujee” — the latter of which was nominated for a Grammy Award.

Family and celebrities, including Drake, Cardi B, and Justin Bieber, attended the rapper’s funeral on Friday. TMZ reported that Bieber was expected to perform at the service.

A limited number of free tickets for the celebration of life were available to the public on Tuesday. By Wednesday, all the tickets were claimed, an arena employee told The Los Angeles Times.

A strict no-photo and video policy inside the funeral was enforced. But a few took videos anyway, including one attendee who captured moments of Drake’s speech and posted it on Twitter.