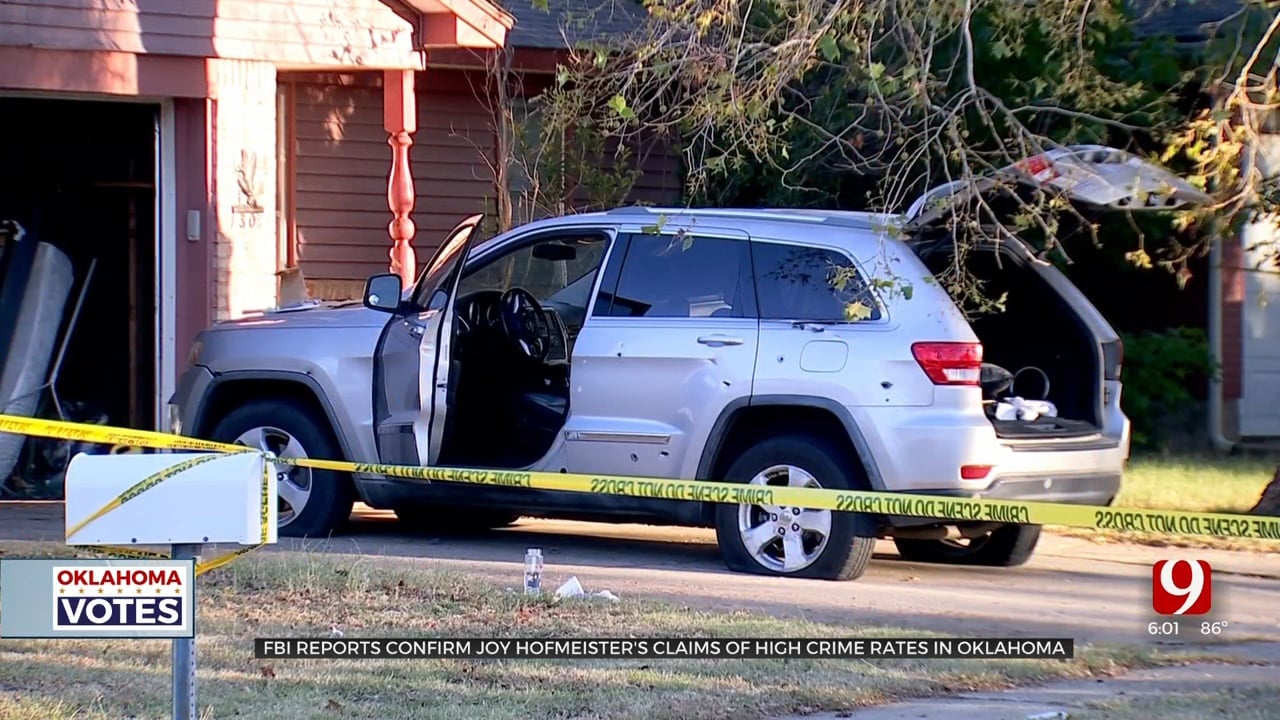 The debate between Oklahoma’s candidates for governor got heated on Wednesday. Claims made by Democratic candidate, Joy Hofmeister, drew questions of validity not just from Governor Kevin Stitt, but moderators as well.

Hofmeister couldn’t get through that statement before the Governor’s questions began; per data from two separate government sources, she was right.

Hofmeister claimed that rates of violent crime are higher in Oklahoma than New York and California. Data from the CDC and FBI point to her being correct.

Governor Stitt interrupted Hofmeister multiple times to say her comment was a fabrication. One of the moderators of the debate questioned Hofmeister as well.

“Hang on. Oklahomans, do you believe we have higher crime than New York and California? That’s what she [Hofmeister] just said,” Governor Stitt said while he looked into the camera and crowd.

The FBI and CDC have different methods of collecting violent crime data. The FBI tracks violent crime rates, including homicides. The CDC only tracks homicide mortality rates. In both cases, Oklahoma is more violent than New York and California.

Using ratios, you can then find the violent crime rate per 100,000 people, making it easier to compare states with large populations to smaller ones.

The FBI changed the way they track incidents last year. About half of the nation’s police departments, including Los Angelos and New York have not turned in their 2021 numbers. The Bureau performed an estimation crime trend analysis, the methodology for that is below. Some of those 2021 numbers were from agencies that submitted partial numbers.  The FBI believes the 2021 numbers are consistent with how 2020’s looked.

Because not all law enforcement agencies provide data for complete reporting periods, the FBI includes estimated crime numbers in these presentations. For agencies supplying 3 to 11 months of data, the national UCR Program estimates for the missing data by following a standard estimation procedure using the data provided. For agencies that supplied less than 3 months of data, the FBI computes estimates by using the known crime figures of similar areas within a state and assigning the same proportion of crime volumes to nonreporting and/or partially reporting agencies. The estimation process considers the following: population size covered by the agency; type of jurisdiction, e.g., police department versus sheriff’s office; and geographic location.

If you want to look into the numbers for yourself, click the following links.