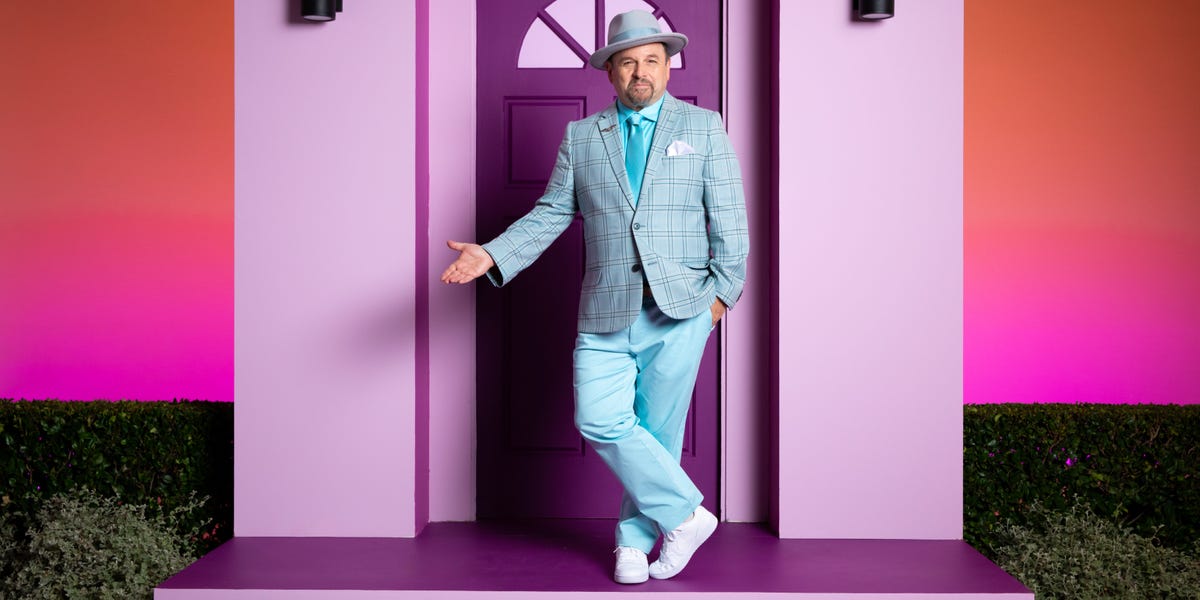 Jason Alexander’s mother was a nurse — in fact, he said, she was “a nurse’s nurse” who did everything from pediatrics to geriatrics.

“She created and ran a school for nursing in New Jersey where I grew up, and that was at the end of her long career of doing just about every kind of nursing you can. She was an OR nurse. She was an ER nurse. She was a private-practice nurse,” Alexander said in an interview with Insider. “The wonderful part of it was everybody in my family got tremendous good care whenever we needed it.”

But there was a downside to her extensive knowledge of healthcare: No sick days, no matter how good of an actor you are.

“You could not fake an illness with my mother,” he said. “I don’t think I missed a day of school due to illness — I would occasionally try by being creative and, you know, put the thermometer on the radiator in the middle of the night and then call her in, but she’d say, ‘I don’t think you have a 104-degree temperature.'”

With this kind of background, it makes sense that Alexander has partnered with Not Today, Flu, a campaign that aims to help people in the US quickly and easily find flu shots near them.

He says that getting the flu vaccine is a part of his regular wellness routine but that it wasn’t always that way. He added that, like many people, he was simply unaware of its importance and how easy it is to get.

He learned the importance of the flu vaccine the hard way

“Into my 20s, I was both unaware of it and probably feeling as you do in your 20s: that you’re kind of invulnerable and, you know, had that idea that nothing was going to get me,” Alexander said. But that changed when he did, in fact, get the flu and it almost affected his career — and the careers of the others in the cast of “Jerome Robbins’ Broadway” in 1989.

“It was potentially disastrous,” he said. “I was doing a show in New York called ‘Jerome Robbins’ Broadway,’ which was sort of the hit of the Broadway season. Though it was a very, very large ensemble cast, it was arguable that I was somewhat the linchpin of it. It was Tony voting season, so all the Tony voters were coming to the show, and I suddenly got the flu.”

He hadn’t gotten that year’s flu vaccine. He also has both allergies and asthma. He says that when he gets any sort of respiratory condition, it tends to get serious if he doesn’t take care of himself early on — and doing something as intensive as Broadway made it hard to make time for rest.

“It became bronchitis, and I missed somewhere between four to six performances while all these Tony voters were coming,” he said. “Forget my own nomination — the show needed to win. Those victories are very important to the longevity of a show. So, you know, six performances out, and the producers started calling and going, ‘Get your little behind up on that stage.'”

He returned to the show; he says he muscled his way through a week of performances while fighting off his bronchitis, which he believes he could’ve avoided if he’d gotten the flu vaccine in the first place.

In the end, he did win a Tony that year for best performance by a leading actor in a musical.

Not long after that, he moved to California to do “Seinfeld,” the pilot of which aired in 1989. He said he got a new doctor then and has gotten the shot every year since.

“Every year during my annual physical, which usually happened in the late fall, he would say, ‘I’m going to give you your flu shot,'” Alexander said.

He added that he hasn’t gotten the flu since then.

He said that, given that we’re still dealing with the pandemic, he’s well aware that people have had it with any vaccine-related talk — but that doesn’t mean it’s not important.

“I know there’s a lot of burnout, but this is a really easy vaccination to get,” he said. “There’s no reason to put yourself in a position where you are getting severe flu — most people can walk into their local drug store and get it for free.”

And if you do find yourself under the weather — be it with the flu or something else — he has recommendations for that, too.

“One of the best things you can do for yourself — and it is kind of the only good side of having something like this — is you really stay in bed. You rest, and you sleep, and you let people take care of you a little bit,” he said. “Give your body a break.”

And if all else fails, you can always shift into soup mode.