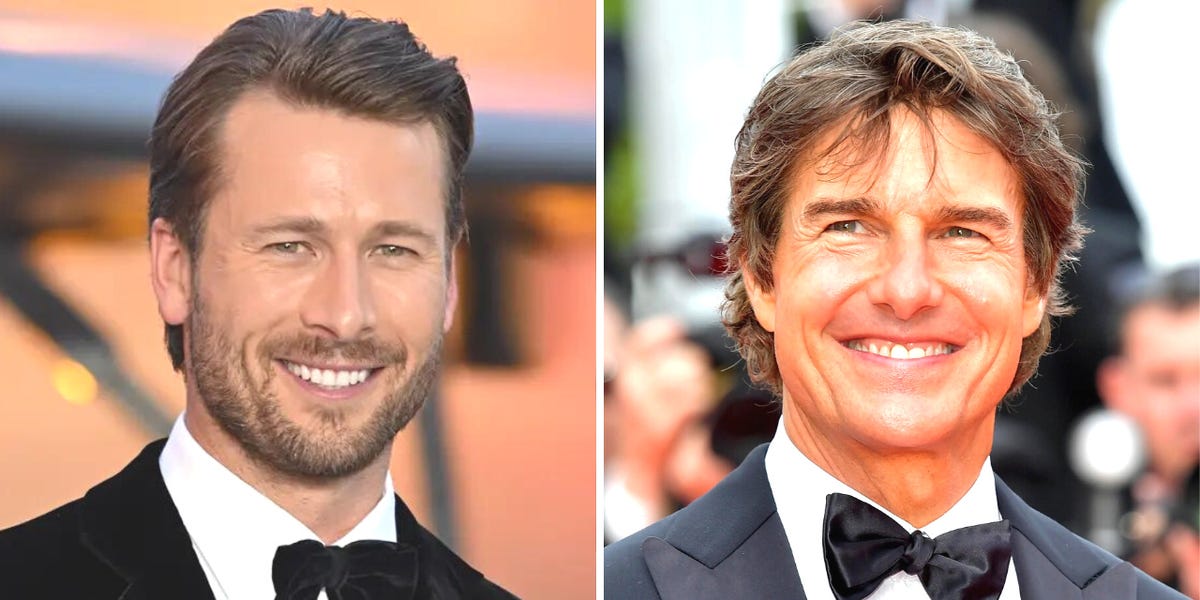 Glen Powell said that he was thinking about Tom Cruise during a near-death skydiving experience.

Powell and Cruise both starred in “Top Gun: Maverick,” which was a box office success earlier this year.

During an appearance on “The Tonight Show Starring Jimmy Fallon” Wednesday, Powell recalled the first time he went skydiving after being persuaded by Cruise. He told Fallon that while they were doing reshoots for the “Top Gun” sequel in the UK, Cruise offered Powell the use of his skydiving team to allow him to take part in the activity.

“It was actually my second date with your girlfriend,” Powell said. “And when I got there, I found out that Tom’s only request is that Glen cannot go skydiving with another person. He has to go solo the first time. So I literally have to jump out of this plane by myself.”

Powell said that things almost took a turn for the worse when he couldn’t find the tab to open up his parachute.

“But the worst part is that I couldn’t find my tab when I was falling,” the 34-year-old actor said. “It’s the nightmare that everybody talks about. But my first thought — which is not, like, a selfless thought — but my first thought was, ‘Oh, Tom just killed me. He’s going to feel so bad.'”

Powell continued: “I was like, ‘God, he pushed me to do this thing.’ I’m looking for the tab and I’m like, ‘You’re not Tom Cruise. You’ll never be Tom Cruise. Why did you do this?’ And then I finally pulled it. I was way below altitude, came in hot. Made it, went back up, did it again.”

Powell appeared on “The Tonight Show” to promote his upcoming film “Devotion,” which also focuses on US pilots.

Earlier this week, Powell told The Hollywood Reporter that he was offered “Devotion” first but Cruise persuaded him to do both movies after being offered the part for the “Top Gun” sequel.

“I said, ‘Hey, Tom, I already have a naval aviation movie that’s really close to my heart,'” Powell recalled. “And Tom said, ‘There’s room for two. You can do ‘Top Gun,’ you can do ‘Devotion. You don’t have to choose.'”

“Devotion” is in theaters on November 23.