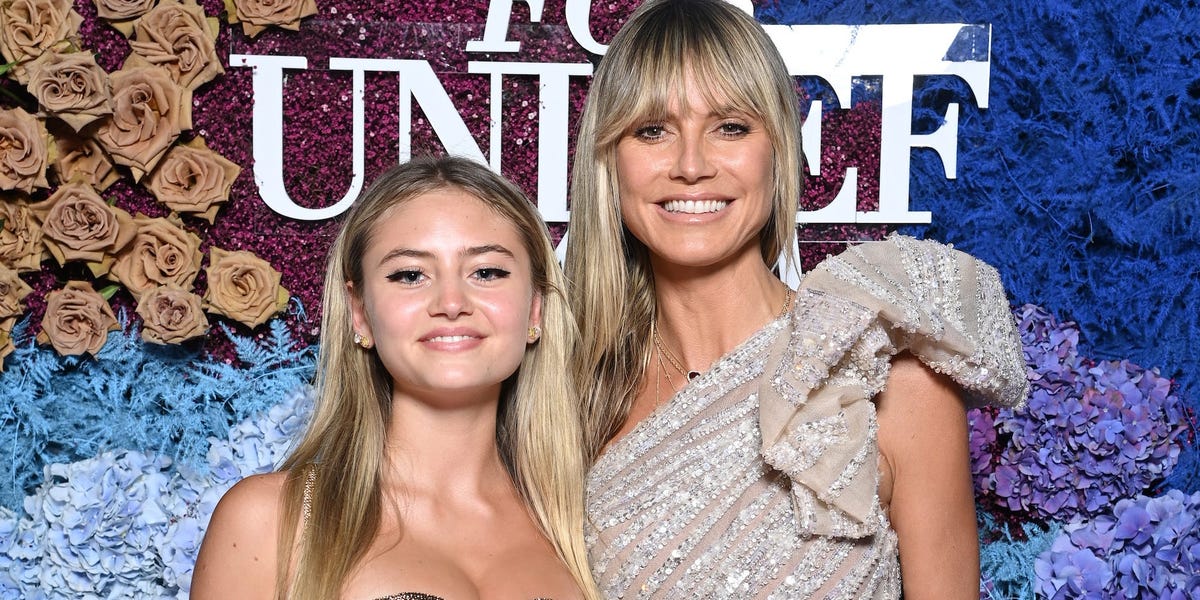 Heidi Klum’s daughter Leni opened up about about the lengths her mom goes to to ensure her daughter is taken care of while away at college — and that includes sending numerous bags of groceries to Leni’s residence.

“She loves to send us groceries. I got an alert the other day, and I looked outside the door. There were 25 big bags of groceries,” the 18-year-old told People’s Hedy Phillips and Brittany Talarico in a recent interview.

Per Leni, she and her roommate were “freaking out” at the amount of food Heidi had sent.

“We started meal prepping everything. It almost didn’t fit in the fridge,” Leni said.

The mother-and-daughter duo is close. Heidi’s daughter also said in the interview that she texts her mom more regularly since moving away for school.

“After I saw her being interviewed saying that she freaks out that I’m gone, I’ve been texting her more,” Leni said. “I didn’t think she’d be that worried.”

“I feel I’m all grown up now, and I can live on my own. I’m not technically on my own because I have a roommate, but I get that it’s hard for her,” the college student added.

In August, Heidi opened up about sending Leni to New York City for college and said she gets nervous when her daughter doesn’t answer her calls. As a result, Heidi explained, she often calls Leni “every two hours” until she picks up.

Leni, who is following in Heidi’s footsteps as a model, also attended her mother’s annual Halloween party in New York City on Monday night.

Heidi shares Leni, whose biological father is the Italian businessman Flavio Briatore, and her other three children — Henry, 16, Johan, 15, and Lou, 12 — with her ex Seal. Klum is currently married to guitarist Tom Kaulitz of Tokio Hotel.