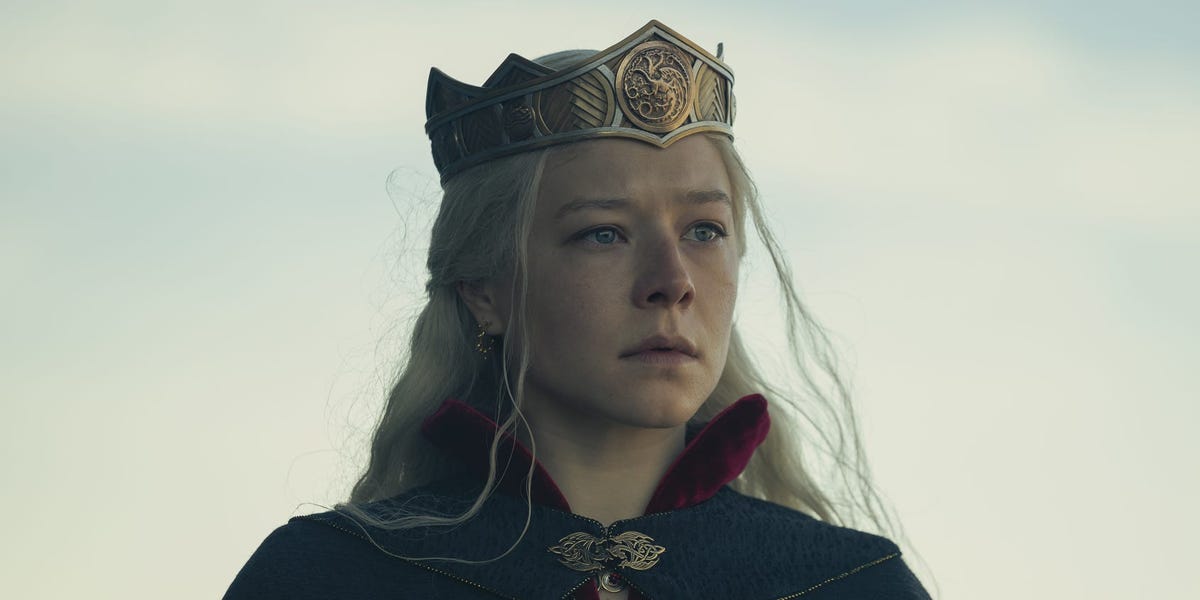 Rhaenyra’s childbirth in the finale is a great narrative parallel to Daenerys Targaryen’s journey in season one of “Game of Thrones.”

As we suspected they might in our predictions for episode 10, Ryan Condal and the “House of the Dragon” writing team used the finale episode to draw parallels between Daenerys Targaryen’s experience with a stillborn baby and Rhaenyra’s miscarriage.

Not only was Dany herself born on Dragonstone in a thunderstorm, tying her to the very room where Rhaenyra struggled with her premature labor, but Dany also had a stillborn baby in the first season of “Game of Thrones.”

Back in the very first season of “Game of Thrones” (and in Martin’s “A Game of Thrones” novel), Dany gets pregnant for the first time with Khal Drogo and winds up losing her child in a ritual performed by Mirri Maz Duur. Dany doesn’t remember giving birth but was told the child was already dead.

“Monstrous. Twisted. I drew him forth myself,” Mirri Maz Duur tells Dany. “He was scaled like a lizard, blind, with the stub of a tail and small leather wings like the wings of a bat.”

Just like Rhaego, Rhaenyra’s child is also called a “monster” in the “Fire and Blood” book.

“When the babe at last came forth, she proved indeed a monster: a stillborn girl, twisted and malformed, with a hole in her chest where her heart should have been, and a stubby, scaled tail,” the book reads.

The show went with a much more solemn, tragic route instead of inserting any supernatural elements to Rhaenyra’s baby. Unlike Dany’s scenes in “Game of Thrones,” this time the camera stayed with the Targaryen ruler throughout every agonizing moment of her stillbirth.