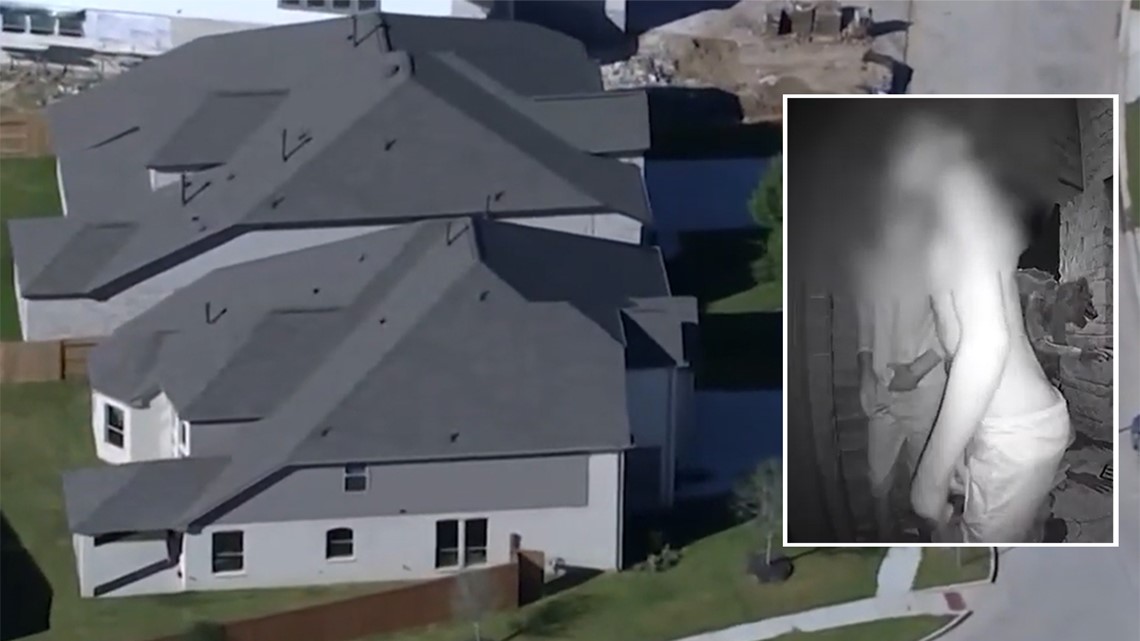 The boy and girl said they were kept handcuffed and naked in a laundry room and forced to drink their own urine. (WARNING: Story contains graphic content.)

The handcuffed teens whose escape from a Cypress home led to the arrests of their mother and her boyfriend suffered horrific abuse, according to a source.

The 16-year-old twins ran door to door through the neighborhood for half an hour early Tuesday pleading for help. The boy was shirtless, both were barefoot and shivering when a kind woman in a nearby subdivision answered her door and let them inside.

“They told me that their mom kept them locked in the laundry room, naked, zip tied from the ankles and handcuffed from the wrist,” the woman told us. “‘We would pee and poop on ourselves.’ When they needed to bathe their mom would let them use the dirty mop water to bathe.”

The woman fed them, wrapped them in blankets and called the Precinct 5 Constable’s Office.

The twins told investigators they weren’t allowed to use the toilet and were forced to drink their own urine. Both were malnourished and the boy had at least one fractured bone that had healed, a source said. They also had bruises, cuts and scars all over their bodies and were extremely thin with their bones sticking out.

“They would only feed them a sandwich, only if they were quiet the whole day if they made any type of noise they wouldn’t be fed,” the woman said. “How a mother could do this to her kids and… I feel like my tears are out of frustration anger and sadness.”

Deputies went to the house to investigate but the couple and five other children, ages 8 to 14, were gone so an AMBER Alert was issued.

Deputies went to the house to investigate but the couple and five other children, ages 8 to 14, were gone so an AMBER Alert was issued.

Hours later, Zaikiya  Duncan, 40, and Jova Terrell, 27, were arrested in Baton Rouge. Both are charged with injury to a child and will be brought back to Houston on Thursday.

Only one child was with the couple when they were arrested. The other four boys were later found safe with relatives in Louisiana. All seven children were placed in Child Protective Service custody, according to authorities.

It’s not the first time Duncan has been arrested and charged due to alleged child abuse.

According to Louisiana court documents from 10 years ago, a then-5-year-old child of Duncan’s was taken from school to a local hospital to be treated for burns to his feet, genitals and other parts of his body.

Doctors determined it was likely the result of being burned by hot water.

The boy also had bruises on his torso, back, hip and buttocks.

During questioning, police said Duncan admitted to routinely disciplining one child by making him get into a push-up position for up to an hour, causing the child’s hands to swell. The child was also forced to sleep on the floor of the closet, court documents said. The door of the closet was blocked by boards to keep the child from “escaping” and “stealing food from the kitchen,” court records said.

Police reported at the time that two of Duncan’s other children also showed signed of abuse and were removed from the home. They said Duncan admitted she had been investigated for allegedly abusing the children in the past. She was charged with cruelty to juveniles.

It’s not clear how long Duncan and her current boyfriend had lived in the house on Marina Alto Lane, near the intersection of West Road and Fry Road.

Anyone with information about this case is asked to call the Harris County Precinct 5 Constables Dispatch Office at 281-463-6666.