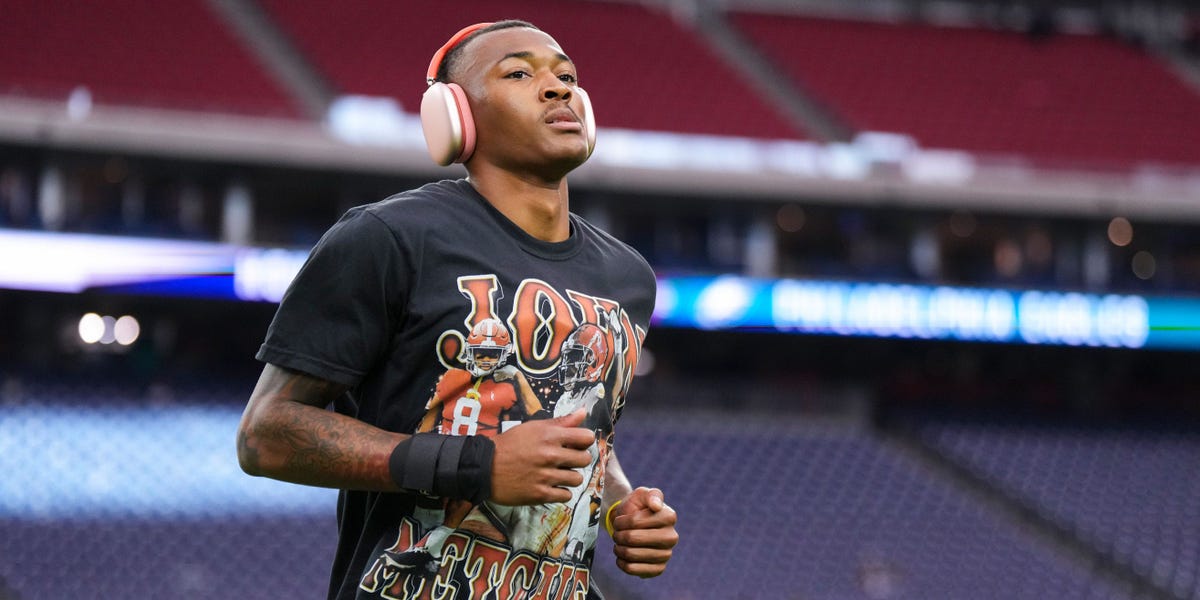 The Philadelphia Eagles are in uncharted waters.

Through Week 9, the Eagles remain an undefeated 8-0, their best start in franchise history. They are in the driver’s seat in the NFC, and could very well take the conference’s only postseason bye week.

But while being undefeated is nice, the ultimate goal, of course, is a Super Bowl. As anyone who remembers the Patriots-Giants Super Bowl of 2008 can attest, a perfect record doesn’t mean much in a championship game.

While it’s a unique position for the Eagles, and most NFL teams in general, for DeVonta Smith, being undefeated is nothing new. Given the four seasons of college ball he played at Alabama, Smith is no stranger to that kind of success.

In his final year with the Crimson Tide, Smith had likely the greatest season from a wide receiver in college football history, with 1,856 receiving yards and 23 receiving touchdowns. He became the first wide receiver since 1991 to win the Heisman, and capped off his college career in the championship game with 12 receptions for 215 yards and three touchdowns.

All that success came with plenty of lessons that are now helping Smith navigate an undefeated season with the Eagles. While he’s only in his second year as a pro, Smith’s experience with the Crimson Tide has informed his approach to every week.

“I think it helps, definitely for guys that’s kind of never been there before,” Smith told Insider of how his time at Alabama prepared him for this season in Philadelphia.

“Some guys, they come and ask, ‘Okay, what do you do at this point? How do you keep going?’ So I feel like that helps a lot. Being able to explain to some people, You just gotta keep going. Nothing matters in the past. It’s all about the next week, the next day, and getting better every day.”

Smith spoke with Insider while promoting his partnership with VSRT, a men’s athletic and lifestyle apparel brand by DICK’S Sporting Goods. Smith is the face of the brand, which dropped its fall and winter lineups, and says he is a big fan of the brand’s half-zip bomber.

Smith isn’t alone as an Alabama man on the Eagles. Quarterback Jalen Hurts and interior lineman Landon Dickerson spent time with Smith as a member of the Crimson Tide, and together, the trio have the Eagles looking much like an Alabama squad — undefeated and ready to make noise in the postseason.

Smith, Hurts, and Dickerson are far from alone in the NFL — at the start of the year, Alabama had more players on NFL rosters than any other college program. Sometimes, they’re hard to keep track of.

While Crimson Tide head coach Nick Saban has sent plenty of players to the NFL, the Eagles are the last team without a loss on the season.

No matter how long that undefeated streak lasts — whether it’s just one more game or all the way to the Super Bowl — the ultimate goal remains the same.

Just like his final year with Alabama, Smith is looking to win a championship.