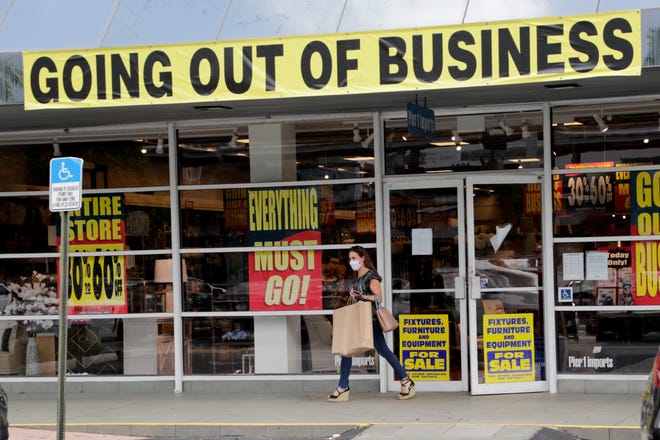 When extreme weather conditions are forecast, chances are you don’t sit by idly and hope it isn’t as bad as meteorologists predict. The same should be true for a recession.

The growing consensus among economists is that the U.S. economy will enter a recession in 2023. Recessions tend to go hand in hand with major stock market declines and widespread unemployment.

Without proper preparation, recessions can irrevocably damage your financial stability. That’s why now is a good time to start if you haven’t begun to already, financial advisors say.

What is a recession?:The economic concept explained and what happens during one.

President Biden:‘Slight recession’ is possible — but not guaranteed in 2023

A rule of thumb is you should have enough savings to cover three to six months’ worth of expenses.

But if you don’t, you’re in good company – 40% of Americans didn’t have enough money to cover at least three months of expenses if they lost their primary job, according to a survey conducted by the Federal Reserve in 2021.

That share is likely even higher this year with inflation hovering around a 40-year high.

Even though it could take years to build up an emergency savings account, you’re better off starting late than never.

Try to put aside just enough so you can scrape by on a strictly bare-bones budget for three months in case you lose your job, said Brian Robinson, a financial advisor and partner with SharpePoint.

“It doesn’t give you a chance to be lazy and sit around,” Robinson said. “It gives you a chance to say, ‘Okay, we’re now on budget number two, the real strict one. We’re in survival mode while we go look for a job.”

Consider automatic paycheck deposits into a savings account to lessen the temptation to spend that money. Resist using those funds to pay credit card and other recurring expenses unless you absolutely must, advisors suggest.

What is inflation?:Understanding why prices rise, what causes it and who it hurts most.

A recession is now likely in 2023:Here’s what could trigger a sharp downturn in the economy

What types of purchases should you put off?

Every penny saved now is a penny earned for when you could need it most.

That’s why Robinson recommends putting off “nice to have” purchases. For instance, if your refrigerator breaks,  get it repaired or buy a new one. But if the blow-dryer you’ve owned for five years still gets the job done, albeit not as good as a newer one, hold on to it – and your cash.

Also take inventory of all your monthly subscriptions and ask yourself which you could live without and cancel those. Or, think about switching to a lower-tier subscription. For instance, next month Netflix is rolling out an ad-supported subscription for $3 less than its lowest-tier ad-free subscription.

The best holiday shopping gift?:Inflation relief. Why you may get it — and deep discounts.

Poll:Majority of Americans think US is in a recession, many considering home ownership

“You don’t want to take on more expenses than you really need to if you’re expecting economic hardship or an upcoming recession,” said Frank Newman, a portfolio manager at Ally with experience in wealth management.

Importantly, prices for many types of discretionary goods tend to come down in a recession when everyone is cutting more corners, Robinson added.

What should you buy before a recession?

“It’s not a bad idea” to stock up on household goods and shelf-stable foods now while you still have a regular paycheck if you’re afraid you won’t have one in a couple of months, said Robinson.

But don’t get carried away, he said, “I’m not saying go out there and act like the sky is falling and there’s a nuclear winter.”

Try to pay off as much debt as possible, particularly any highest-interest debt, Robinson added.

What should you avoid doing in a recession?

Avoid spending frivolously and going off budget during a recession, says Robinson. And if possible, avoid taking on more debt, says Newman.

Elisabeth Buchwald is a personal finance and markets correspondent for USA TODAY. You can follow her on Twitter @BuchElisabeth and sign up for our Daily Money newsletter here

Twitter could lay off most staff if Elon Musk takes over, report says