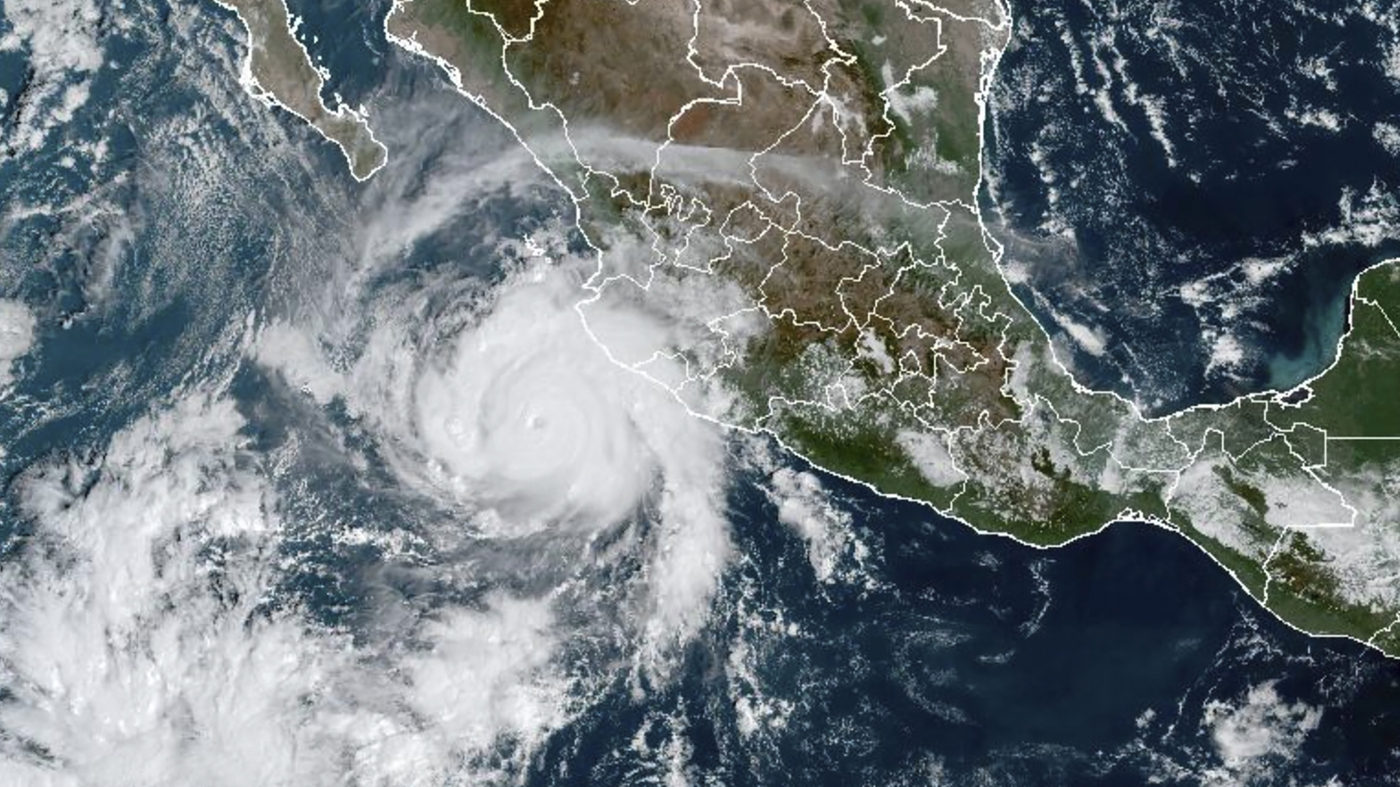 MEXICO CITY — Hurricane Roslyn grew to Category 4 force on Saturday as it headed for a collision with Mexico’s Pacific coast, likely north of the resort of Puerto Vallarta.

The U.S. National Hurricane Center said Roslyn’s maximum sustained winds had increased to 130 mph (215 kph) by midday Saturday, and it was expected to grow still further.

The storm was centered about 155 miles (250 kilometers) south-southwest of Cabo Corrientes — the point of land jutting into the Pacific south of Puerto Vallarta — and moving north-northwest at 8 mph (13 kph).

The forecast called for Roslyn to begin shifting to a northward movement and then northeast, putting it on path that could take it close to Cabo Corrientes and the Puerto Vallarta region on Saturday night or early Sunday before making landfall in Nayarit state on Sunday morning.

Hurricane Orlene made landfall Oct. 3 a little farther north in roughly the same region, about 45 miles (75 kilometers) southeast of the resort of Mazatlan.

Mexico issued a hurricane warning covering a stretch of coast from Playa Perula south of Cabo Corrientes north to El Roblito and for the Islas Marias.

Seemingly oblivious to the danger just hours away, tourists ate breakfast at beachside eateries around Puerto Vallarta and smaller resorts further north on the Nayarit coast, where Roslyn is expected to hit.

While skies began to cloud up, waves remained normal, and few appeared to be rushing to take precautions.

“The place is full of tourists,” said Patricia Morales, a receptionist at the Punta Guayabitas hotel in the laid-back beach town of the same name. Asked what precautions were being taken, Morales said, “They (authorities) haven’t told us anything.”

The Nayarit state government said the hurricane is expected to make landfall Sunday around the fishing village of San Blas, about 90 miles (150 kms) north of Puerto Vallarta.

The head of the state civil defense office, Pedro Núñez, said, “Right now we are carrying out patrols through the towns, to alert people so that they can keep their possession safe and keep themselves safe in safer areas.”

In the neighboring state of Jalisco, Gov. Enrique Alfaro wrote that 270 people had been evacuated in a town near the hurricane’s expected path and that five emergency shelters had been set up in Puerto Vallarta.

Alfaro said on Twitter that any school activities in the region would be cancelled Saturday and he urged people to avoid touristic activities at beaches and in mountainous areas over the weekend.

The National Water Commission said rains from Roslyn could cause mudslides and flooding. and the U.S. hurricane center warned of dangerous storm surge along the coast, as well as 4 to 6 inches (10 to 15 centimeters) of rain.