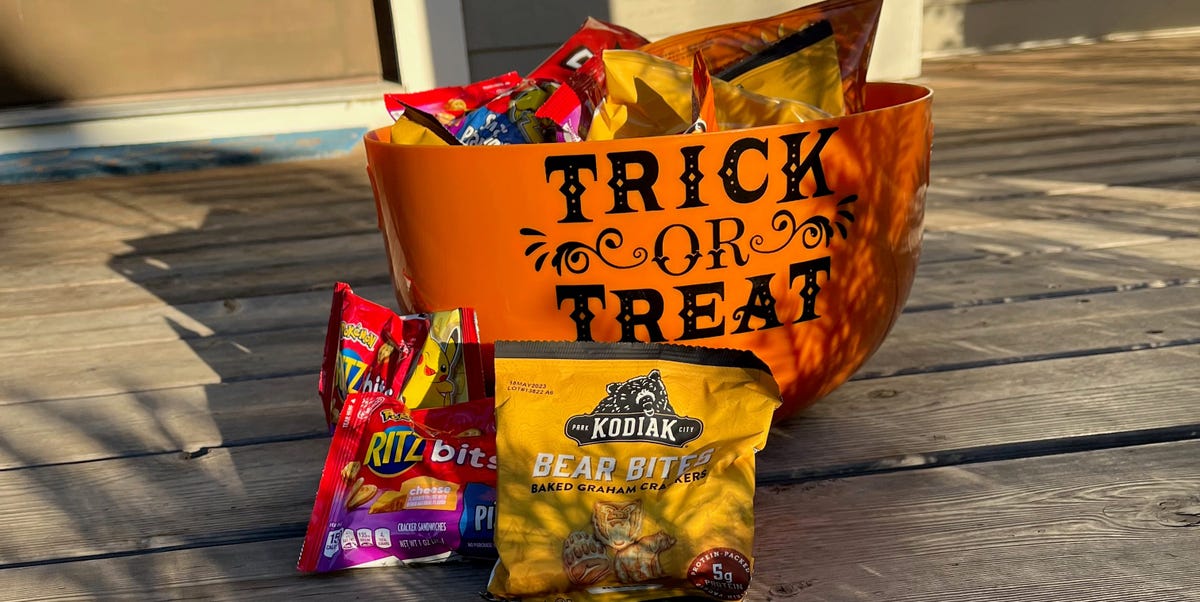 As a food-bank volunteer, I saw an almost constant parade of people dropping off bags of unwanted trick-or-treat candy in the days after Halloween.

We only had enough space for two milk crates worth of candy, so most of the donations went straight into the trash.

Where I worked, extra candy was occasionally set out on tables during food distribution days. We’d invite people to take as much as they wanted, but most of it remained in the bowls at the end of the day. Then we’d set it out on the table in the volunteer area. Just like the candy that appears in workplace break rooms after Halloween, most of it got tossed out at the end of the week.

It was always heartbreaking for me to see the waste. The resources that went into candy no one wanted would have been better used on nourishing foods that might fill up someone’s belly.

At my food-bank orientation, I was also instructed never to pack candy in food boxes for our clients. We could give out items like baking chocolate if someone asked for it, but food banks are in the business of trying to give people nutrition.

Candy has no nutritional value — and oftentimes our clients didn’t want it.

Some food banks have even instituted no candy, no soda donation policies. The policies acknowledge that people with food insecurity tend to have lower-quality diets. They are also meant to educate the public about the need to share nutrient-rich foods.

People with food insecurity are used to being given high-calorie, low-nutrition foods. But our clients actually loved getting fresh vegetables and fruit that wasn’t brown or squishy. When clients took treats, they wanted them to be at least somewhat filling. Fruit pies went fast, but sugary birthday cakes mostly sat on a shelf waiting to be composted.

Of course, every food bank might be a little different. But I bet most would prefer to receive nutritious items from their most-needed lists or cash instead of candy.

Each time I heaved a bin of candy into the trash at the food bank, I had time to reconsider my own Halloween handouts

I’m not about to start handing trick-or-treaters salad kits or toothbrushes, but this year I’m giving out more substantial lunchbox snacks instead of candy.

I’m not suggesting that packaged cookies and chips are healthy foods. I know they’re still snacks, but they do provide some nourishment and contain more fiber and vitamins than Skittles or Starburst.

Plus kids can still enjoy them. Last year as I watched my nieces and nephew sort through their Halloween hauls, they reached for the snack-size bags of chips first.

If all else fails, these snacks are something I don’t mind having in my own pantry. And I know that if they do end up at the food bank, I won’t have to throw them away.