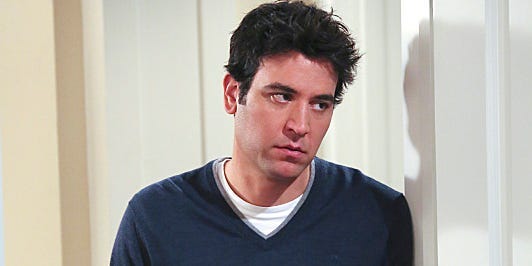 The voice of Future Ted changes on the last episode.

Bob Saget was the voice of Future Ted (the narrator of the show) throughout almost all of “HIMYM.”

But on the series finale, “Last Forever, Part 2,” Radnor did double duty as Ted and Future Ted.

Some of Ted’s storytelling may be untrustworthy.

Since Ted is telling the story, viewers are learning about events and characters through his eyes.

But that also means Ted could be considered an unreliable narrator. It’s even written into some episodes where Future Ted is confused or forgetful about certain events or people’s names.

Neil Patrick Harris told DigitalSpy in 2018 that he thought the unreliable-narrator theory was probably true, especially when it came to Ted’s exaggerations about his character, Barney.

The character is actually based on a real person.

Craig Thomas and Carter Bays were the creators and writers of “HIMYM,” but they didn’t construct the storyline out of nothing.

In a 2008 interview with Cleveland Magazine, Bays made it clear that he based Ted on his own life.

Additionally, like Ted and Marshall, Thomas and Bays also met and became friends during their freshman year at Wesleyan University.

Ted and Radnor also have something in common.

On the show, it’s stated that Ted is from Shaker Heights, Ohio, the same hometown as Bays.

Radnor also shares a home state with the character as he grew up outside of Columbus, Ohio.

When asked about his similarities to the character, the actor also told The New Potato, “We look a lot alike. We’re both optimists. We both place a premium on friendship.”

But, in terms of differences, Radnor added, “I don’t say ‘I love you’ on first dates. I’m allergic to ‘Love Actually.’ I don’t have red cowboy boots.”

One of Barney’s frequent lines involving Ted is based on true events.

Bays and Thomas didn’t come up with Barney’s infamous “Have you met Ted?” line.

During a 2014 Reddit “Ask Us Anything,” Bays said it was based on something Justin Stangel, their old boss from “The Late Show With David Letterman,” used to say.

“You’d just be hanging out in a bar with him, having a conversation, and a girl would go by, and he’d stop her and say, ‘Have you met Carter?'” he wrote.

On season three, episode five, “How I Met Everyone Else,” Ted recounts the first time he met Barney. He was at the bar when he got dragged into Barney’s ploy to pick up women and wound up pretending to be his brother, who Barney announced is deaf.

But Barney didn’t know Ted actually knew some ASL, and Ted told the woman to give Barney a fake number.