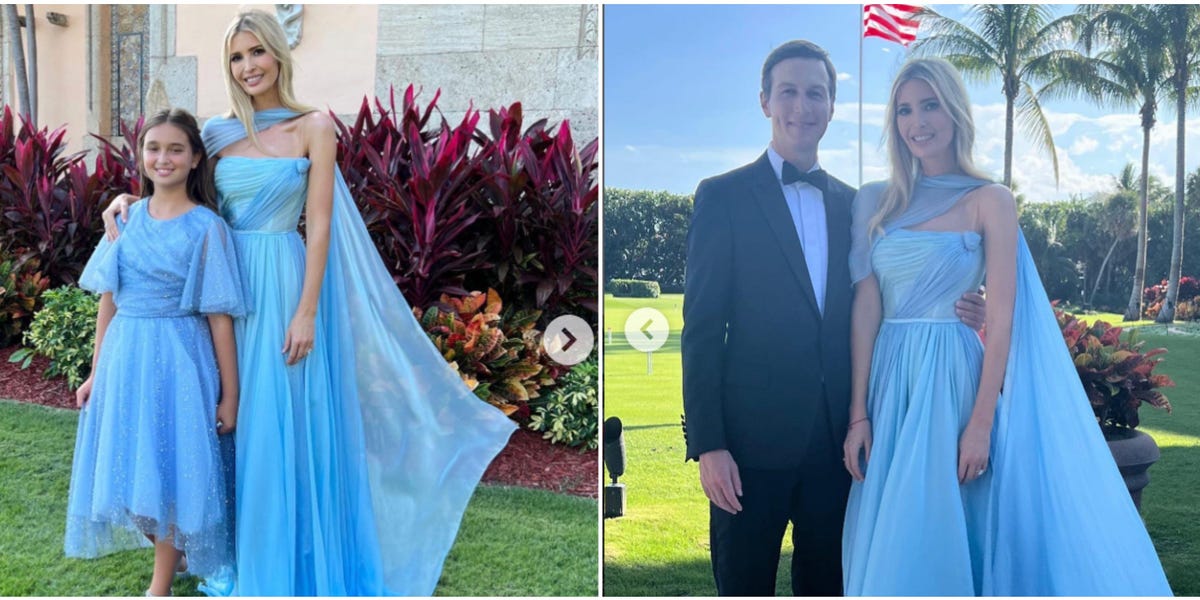 Ivanka, 41, attended the wedding with her husband, Jared Kushner, 41, and their three young children in color-coordinated outfits. She shared photos of her family on Twitter and Instagram.

Other Trump family members shared photos of their wedding day outfits on Instagram, including Eric Trump and his wife, Lara Trump, whose color palette included dark gray, blue, and silver. Some family members, including Tiffany’s mother Marla Maples, also shared a behind-the-scenes glimpse into the festivities.

However, Tiffany stole the show in her sparkling, beaded wedding gown. According to Page Six, Tiffany’s gown was designed by Lebanese fashion designer Elie Saab. The New York Times reported Tiffany’s gown pays tribute to her new husband, who is of Lebanese descent.

Tiffany announced their engagement in January 2021 with an Instagram post, writing, “It has been an honor to celebrate many milestones, historic occasions and create memories with my family here at the White House, none more special than my engagement to my amazing fiancé Michael!”

Tiffany and Michael met in 2018 at Lindsay Lohan’s beach club in Mykonos, Greece. The couple was photographed attending several events together throughout their relationship, including New York Fashion Week in 2018 and Cannes Film Festival in 2019.