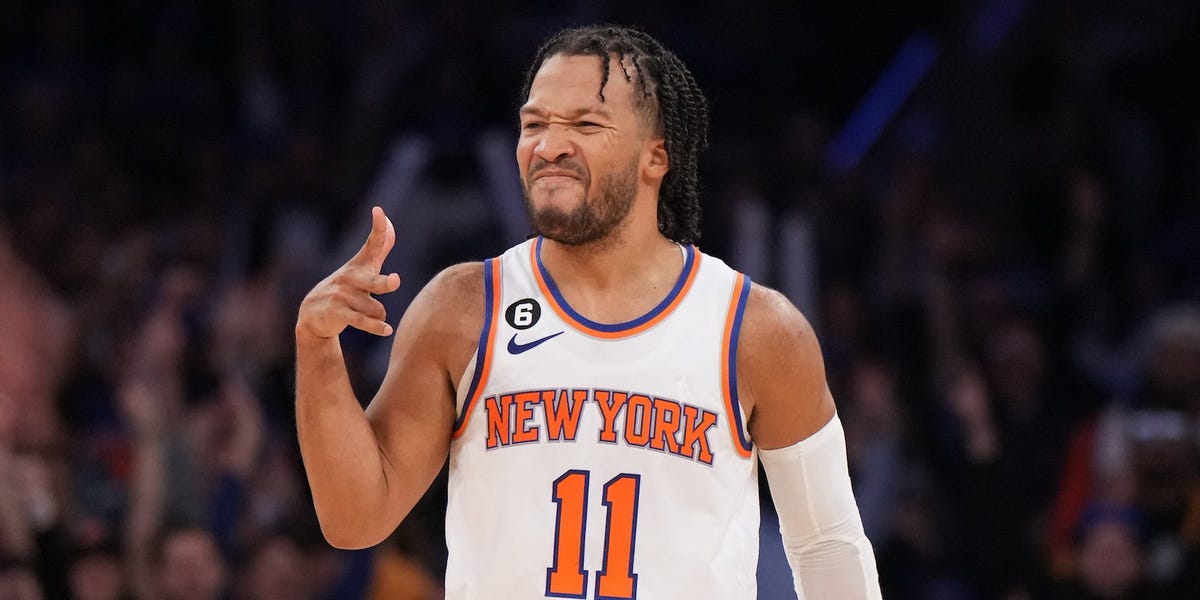 What some considered an overpay has looked like a steal for the New York Knicks.

So far, Jalen Brunson has been worth every penny of the four-year, $104 million contract he signed with the Knicks this off-season.

Coming off a breakout year with the Dallas Mavericks, Brunson was the top point guard on the free agent market, and the Knicks — desperate for someone to run their offense — made sure to sign him.

There was a bit of sticker shock over the contract, especially for an undersized point guard who had performed his best in a contract year. The new deal only made Brunson the 47th highest-paid player in the league, but the move still had a hint of desperation and eagerness from a team that has long searched for an answer at point guard.

Alas, through four games, Brunson has been exactly what the Knicks were looking for. The 26-year-old guard out of Villanova is averaging 20.0 points, 4.5 rebounds, and 8.5 assists per game while shooting 51.7% from the field and 41.2% from three. He currently has 34 total assists to just six turnovers.

The Knicks averaged just 15.2 “transition” possessions — i.e. fast breaks — per game last year, the fifth fewest in the league. This year, they’re up to 22 per game, sixth-most in the league.

Of course, teams tend to run early in the year, when legs are fresher and training camp declarations about playing faster are still ringing in players’ heads.

But last year, the Knicks played a sluggish, stagnant half-court offense that relied heavily on forwards Julius Randle and RJ Barrett bulldozing into the paint. With Brunson at the helm, there is a certain verve to the Knicks offense.

Brunson has also been able to take over when the Knicks get in a rut. On Wednesday, Brunson played the hero against an undermanned, but feisty Charlotte Hornets team. Over the final seven minutes of regulation and five minutes of overtime, Brunson scored 11 points and dished out two assists.

He hit a clutch, game-tying three-pointer on a stepback with 1:36 remaining in the fourth quarter. It’s the type of perimeter creation the Knicks previously lacked.

Later, in overtime, Brunson masterfully manipulated the defense, swerving around a double-team, looking off a defender, then firing a beautiful no-look dish to center Mitchell Robinson for a dunk.

Brunson finished the game with 27 points on 10-of-15 shooting, seven rebounds, and 13 assists. The Knicks were a +7 with him on the court — a big number in a game decided by just three points in overtime. He was far from the only positive for the Knicks — Randle and Robinson both made big plays in overtime — but Brunson carried them over the finish line.

The Knicks had the league’s worst net rating in the “clutch” last year — defined as games where the score is within five points in the final five minutes. So far this season, the Knicks are +2 in 20 minutes of clutch situations.

The Knicks have built a 3-1 record on easy competition, and their schedule is about to get much more difficult, with their next seven games coming against likely playoff teams.

But last season, the Knicks struggled to even put away the bad teams. So far, Brunson’s offensive contributions suggest the Knicks will have an easier time now hanging with the good ones.