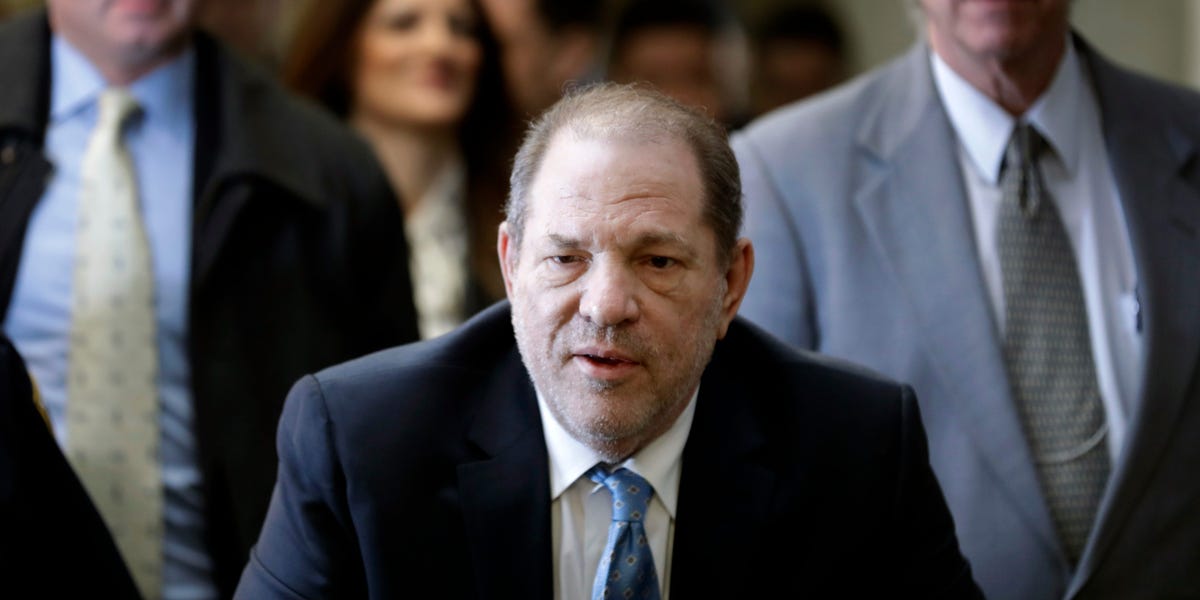 Weinstein — who is already serving a 23-year sentence after a separate trial in New York — is currently standing trial in LA on 11 counts of sexual assault, stemming from the allegations of five different women who say he abused them in hotels between 2004 and 2013. Weinstein denies the allegations and has pleaded not guilty.

Siebel Newsom broke down in tears on the stand on Monday as she was asked by prosecutor Marlene Martinez to identify Weinstein, according to a pool report.

“He’s wearing a suit, and a blue tie, and he’s staring at me,” Siebel Newsom said.

At the beginning of testimony, Siebel Newsom spoke fast and admitted she was “a little nervous.”

When she momentarily struggled to remember what year she started working as an actress, she said: “I’m sorry, I just need to take a deep breath.”

Many supporters of Siebel Newsom’s filled the gallery when she took the stand. Commotion erupted when she left the room wearing a coat and sunglasses at a lunch break, with the hallway being cleared. Los Angeles Sheriff’s deputies coordinated to shield her.

Siebel Newsom is testifying as “Jane Doe 4” in the Weinstein trial, but Insider is naming her because she publicly identified herself through her attorney to be one of the five accusers shortly before the trial got underway last month.

Siebel Newsom claimed she met Weinstein at the Toronto International Film Festival in 2005, and that the producer raped her in a hotel room shortly after.

She first publicly accused Weinstein of sexual misconduct in an October 2017 essay for HuffPost.

“I was naive, new to the industry, and didn’t know how to deal with his aggressive advances ― work invitations with a friend late-night at The Toronto Film Festival, and later an invitation to meet with him about a role in The Peninsula Hotel, where staff were present and then all of a sudden disappeared like clockwork, leaving me alone with this extremely powerful and intimidating Hollywood legend,” she wrote at the time.

Now a documentary filmmaker, Siebel Newsom spent years working as an actress in Hollywood, scoring small roles in TV shows and films such as “Rent,” “Numbers,” and “Mad Men.” She married Democrat politician Gavin Newsom in 2008. He is now the governor of California and seen by many as a White House contender.

In opening statements, one of Weinstein’s lawyers, Mark Werksman, said Siebel Newsom would “be just another bimbo who slept with Harvey Weinstein to get ahead in Hollywood” if she didn’t call herself a victim of rape.

Werksman suggested in opening statements that two of the women’s accounts were false, while the other three women engaged in “transactional sex” with Weinstein to further their careers, according to The Hollywood Reporter.

Weinstein’s freedom could hinge on the LA case — where he faces up to life in prison if convicted — since a New York appeals court in August agreed to hear Weinstein’s case.