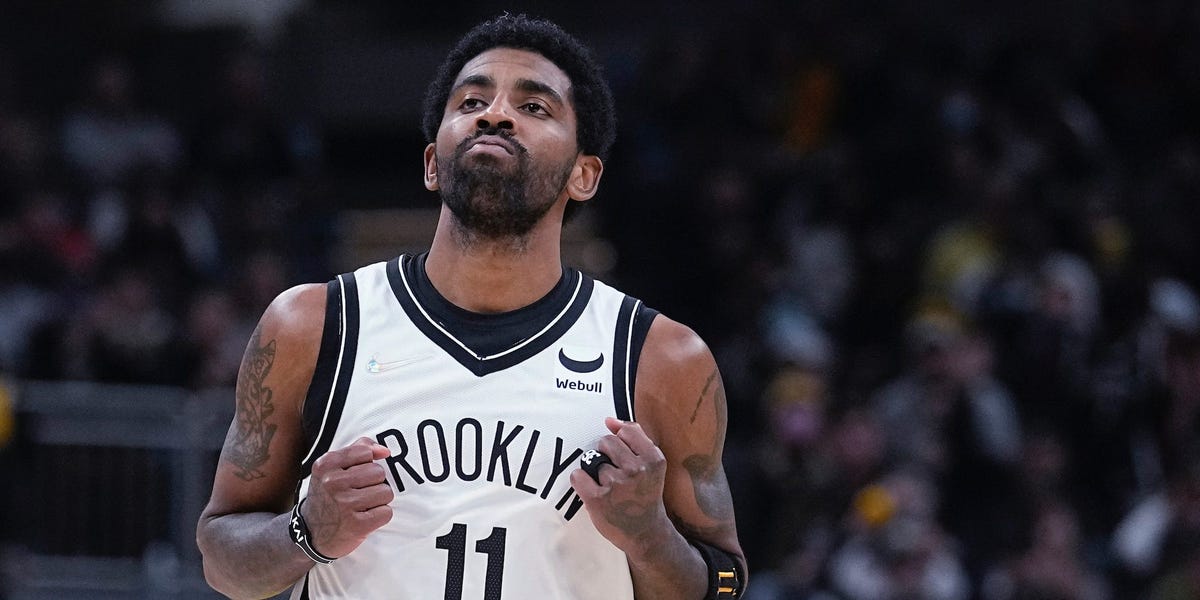 “Clara and I met with Kyrie and his family yesterday,” Tsai said on Twitter.

“We spent quality time to understand each other and it’s clear to me that Kyrie does not have any beliefs of hate towards Jewish people or any group,” Tsai said.

In October, Irving shared a tweet linking to the film “Hebrews to Negroes: Wake Up Black America” on Amazon Prime.

The documentary has been criticized for spreading antisemitism, including a false claim that Jewish people worship Satan, Rolling Stone reported.

At the time, Tsai denounced Irving’s messaging, saying on Twitter: “I’m disappointed that Kyrie appears to support a film based on a book full of antisemitic disinformation.”

Tsai continued: “I want to sit down and make sure he understands this is hurtful to all of us, and as a man of faith, it is wrong to promote hate based on race, ethnicity, or religion. This is bigger than basketball.”

The Nets then announced both the team and Irving would each donate $500,000 to anti-hate groups after promoting the documentary.

But a few days later, at a press conference, Irving refused to answer whether he has any antisemitic beliefs.

“I don’t know how the label becomes justified … I respect all walks of life and embrace all walks of life. That’s where I sit … I cannot be antisemitic if I know where I come from,” Irving told reporters.

In response, the Nets suspended the star for five games over his failure to disavow antisemitism.

Prior to his suspension, Irving said he took responsibility for sharing the film to Twitter, but that he is not the one who created it.

“When I repeat myself that I’m not gonna stand down, it has nothing to do with dismissing any other race or group of people, I just am proud of my heritage and what we’ve been through,” Irving said. “The fact that this has pinned me against the Jewish community, and I’m here answering questions on whether I’m sorry or not, on something I didn’t create, it was something I shared and I’m telling everybody I’m taking responsibility, then that’s where I sit.”

Representatives for the Brooklyn Nets did not immediately respond to Insider’s request for comment.