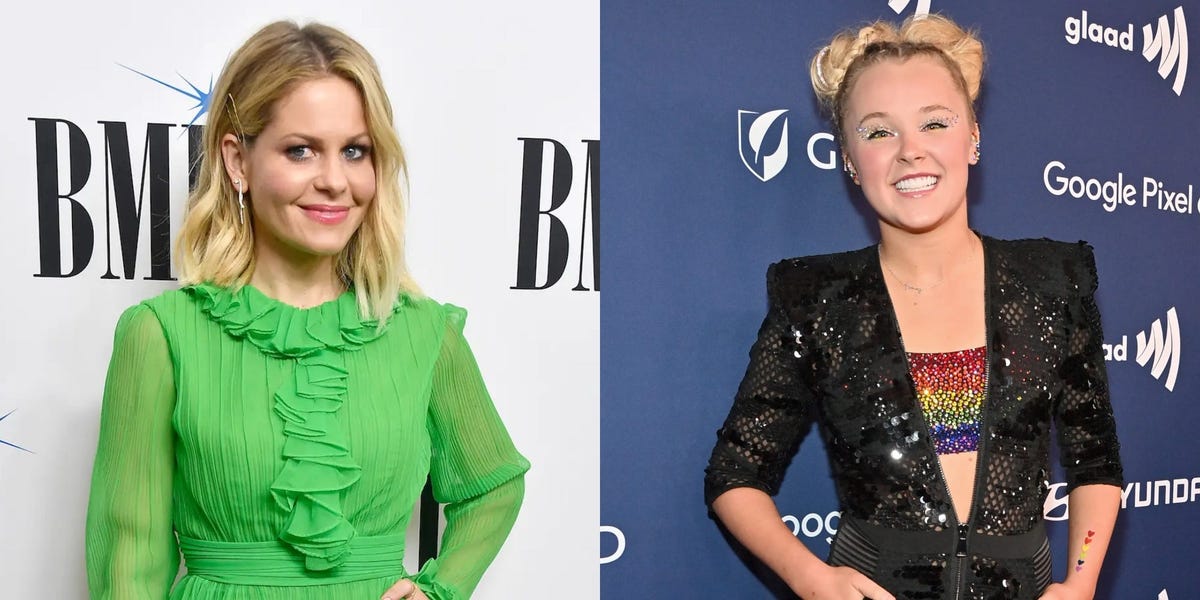 Celebrities like JoJo Siwa and Hilarie Burton Morgan had some choice words for Candace Cameron Bure after she told the Wall Street Journal that her new network Great American Family would focus on “traditional marriage” instead of portraying queer love stories.

“Honestly, I can’t believe after everything that went down just a few months ago, that she would not only create a movie with intention of excluding LGBTQIA+, but then also talk about it in the press,” Siwa wrote in an Instagram post on Tuesday. “This is rude and hurtful to a whole community of people.”

Bure and Siwa’s relationship made headlines last summer after the 19-year-old former Nickelodeon star said Bure was the “rudest celebrity” she’d ever met in a viral TikTok video. They have different accounts of what happened when a preteen Siwa met Bure on the “Fuller House” red carpet.

Referring to Bure as “Candy,” short for Candace, she also said, “That guy and his network are disgusting. You too Candy. There is nothing untraditional about same-sex couples.”

In a follow-up tweet, Burton continued: “Bigot. I don’t remember Jesus liking hypocrites like Candy. But sure. Make your money, honey. You ride that prejudice wave all the way to the bank.”

When asked by The Wall Street Journal whether she plans to include same-sex couples as leads, Bure reportedly said no. “I think that Great American Family will keep traditional marriage at the core,” she said.

“My heart wants to tell stories that have more meaning and purpose and depth behind them.”

After having filmed 30 movies for Hallmark media over 13 years, Bure announced in April 2022 that she was leaving the company to follow Abbott — the CEO of Hallmark’s parent company, Crown Media, at the time — to his new company. She received a leadership role at GAF and also executive produces content for the network.

Abbott left Crown Media and Hallmark in 2020 after controversy erupted over Hallmark’s censoring a Zola commercial featuring two brides kissing each other. The company eventually reinstated the commercial, Deadline reported.

When asked by WSJ if he thinks GAF will tell queer stories, Abbott said,  “It’s certainly the year 2022, so we’re aware of the trends.”

“I knew that the people behind Great American Family were Christians that love the Lord and wanted to promote faith programming and good family entertainment,” Bure said of her move to GAF from Hallmark.

She said she wanted to tell a story of faith in her first GAF Christmas movie, “A Christmas…Present.” But she also didn’t want the movie to be “off-putting to the unbeliever or someone who shares a different faith,” she said.

“A Christmas…Present” centers on a woman who is struggling in her marriage and goes to visit her widower brother who reintroduces her to Christianity and the church.

She told WSJ that while she likes to tell sweet Christmas love stories, she wanted something with a deeper message this time because even her kids were starting to make fun of her films.

“My own kids have said, ‘Mom, are you leaving the big city and going to the farm, meeting the love of your life?'” she said.