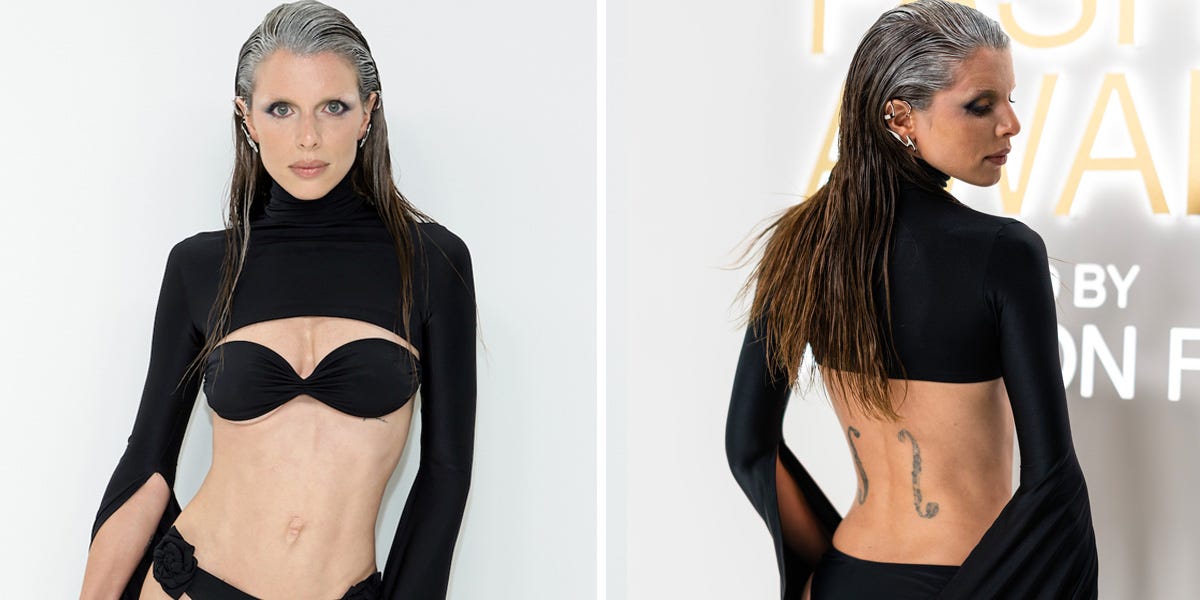 Julia Fox is ready to age and experience gray hair — even if her waves are still dark brown.

The actor, 32, attended the CFDA Fashion Awards on Monday night and walked the red carpet. There, she was seen with wet strands of her natural, brown hair that were slicked back with gray dye at her roots.

She sported a light smokey eye, clear lip gloss, and no eyebrows.

But it was her outfit, of course, that stole the show. She wore a black Valerievi dress with a major cutout that revealed her entire torso.

It had long sleeves and a high neckline up top, no fabric in the middle, and a skirt that dipped below her backside, around her thighs, and across the floor into the train.

With the dress, she wore a black bra that showed her underboob and matching underwear with floral embellishments.

When she turned around on the red carpet, you could see that her daring dress also showed her back tattoos: two f-holes, which are the openings of a cello, violin, or viola.

Alongside Fox on the red carpet were dozens of other celebrities in daring fashion. Kylie Jenner was there in a nude-illusion gown created by Thierry Mugler in 1999, and Kim Kardashian wore a strapless latex gown by Dolce & Gabbana.