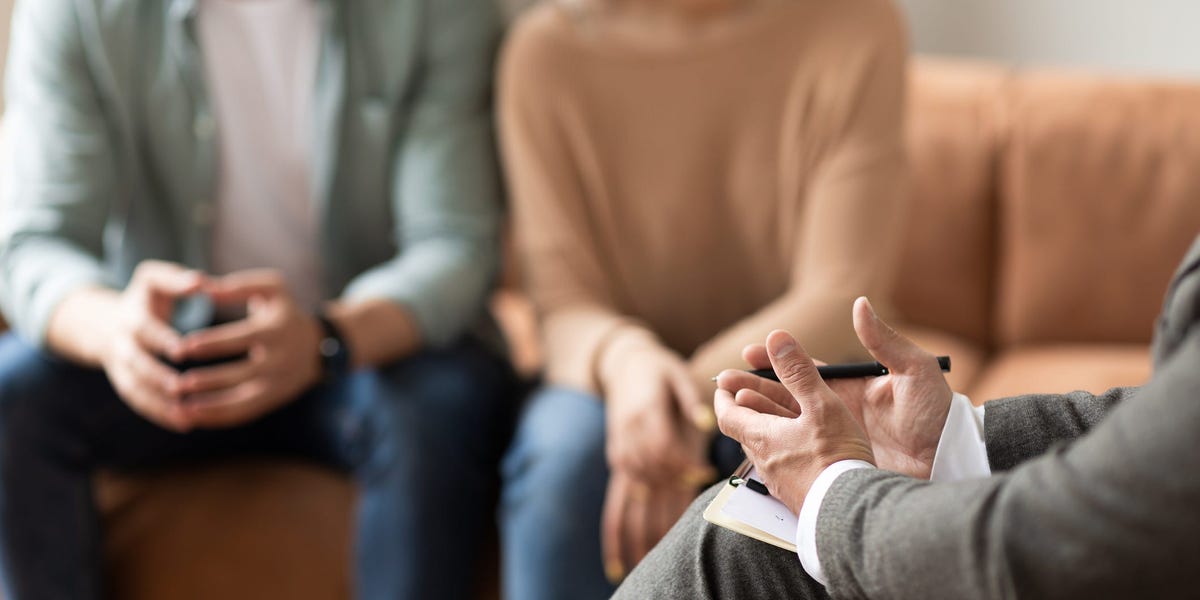 As a couple’s therapist, I encourage clients to seek assistance when frustrations are fresh and haven’t yet turned to resentment — or even worse, numbness. But many found it difficult to seek help for relationship issues during the pandemic, with the shift to virtual appointments with doctors and a lack of privacy and limited space at home. The cumulative stress of managing life during this time, paired with the ongoing challenges of day-to-day living has left many couples hanging on by a thread.

So what is ketamine, and how can it work for couples?

An anesthesia developed in 1961, ketamine was discovered to have antidepressant qualities when given to those with severe depression, often bringing them out of a suicidal state within hours. It’s the only psychedelic that has been approved by the FDA to treat depression. But it’s not a magic bullet; people can have varying responses and often require multiple treatments.

A promising way for couples to explore this drug’s benefits is through ketamine-assisted psychotherapy. Clinicians offering this treatment must undergo advanced training and learn to work in a nondirected approach. Psychotherapists partner with a medical prescriber for their patients to be evaluated for ketamine therapy.

Ketamine therapy takes three hours and clients are not permitted to drive after a session due to the medicine’s relaxing effects. It is typically taken via lozenge, though additional routes of administration include IV, intranasal, and intramuscular shots. Results vary by individual and positive effects can decrease over time. A full course of treatment can take between five and 20 sessions.

During a session, both partners are given a low dose of ketamine and enter an altered state of awareness. For the next hour, they experience a relaxed, more vulnerable state and are able to share and receive feedback more openly. In the days following their ketamine session, they also benefit from increased neuroplasticity — the brain’s ability to create new connections and pathways — making it easier to adopt new habits of relating. Additionally, the anti-anxiety and antidepressant effects the medicine provides often continues for weeks or months.

Victor G. and his wife, Maggie W., decided to try ketamine-assisted couple’s therapy after they both noticed positive changes in Victor’s ability to tolerate stress when he tried it for depression. “I was blowing up at my kids, especially around homework time, and I felt terrible afterwards,” Victor said. “After the first session, that really kind of stopped and went away, and I noticed a marked difference in anxiety and depression. It gave me a little more space.” Victor continued the treatments intermittently for eight months to sustain the change in mood.

He’s not alone in noticing this change. In studies using ketamine for treatment-resistant depression, more than 70% of those with suicidal ideation benefited from treatment, and 30% reported remission from depression for some length of time. If it works for individuals, it seemed to make sense that it could work for couples, too.

Maggie described their first session. “My intention was to have a deeper connection with Victor,” she said. “The first session was just about as profound as it could be. You kind of go to the place you need to go, even if you don’t know you need to go there. We were able to work through some things that we hadn’t in over a decade and actually move past them.”

They both noticed a significant shift after their first ketamine couples session and continued to do six sessions spaced out over the next 18 months. Victor believes it saved their marriage. “It enabled us to experience things that were too painful to experience, but without the pain and without the judgment. It took us away from the abyss and gave us something to work towards and look forward to. We felt safer to do the heavy lifting and hard work that needed to be done,” he said.

Maggie agreed. “It was almost like cracking open a part of ourselves that we don’t show anyone ever, where we somehow let go of all those defenses,” she said.

Ketamine gives couples a vision for what a better relationship can look like, but there’s still work required

Ketamine has dissociative qualities and can provide a break from reactive ways couples communicate. Jayne Gumpel, a New York-based therapist, offers ketamine-assisted retreats for couples in a highly structured, medically supervised setting in the Catskill Mountains through her company, Relationship Resources. She combines ketamine with elements of mindfulness in a retreat setting overseen by physicians and psychotherapists. Couples have two ketamine-assisted journeys, along with group sharing, during the retreat weekend and partake in activities including intimacy workshops and bonfires.

“A relational low dose of ketamine helps create distance from our usual knee-jerk response,” Gumpel said. “Partners become more willing to engage in challenging conversations because they feel better and have access to more empathy.”

She tells Insider that during facilitation of ketamine-assisted therapy in her private practice, she sees her clients soften their defenses and communicate with each other more compassionately. “I see partners reconnect to the feelings they had when they fell in love,” she said.

“After taking a medically prescribed ketamine lozenge, sharing hurts and upsets become easier,” Gumpel said. “Your normal response when hurt, often reactive, may be to withdraw or explode. With ketamine, you have increased access to joy, compassion for each other and your relationship.”

With the new perspective in mind and heart, Gumpel leads partners to create a shared vision for a more fulfilling relationship going forward through an exercise identifying joint values.

Randy and Allison J. attended one of Gumpel’s retreats. “We tried therapy throughout the years and kind of felt stuck,” Randy said. “I did some research and found ketamine-assisted couples therapy and we thought it would be a good thing to try to see if we could get something different out of it.”

Ketamine-assisted couples therapy is most effective when done over a period of six to eight months, with sessions mixed with traditional couples therapy. The ketamine sessions can help couples uncover the root causes for discord and show a sort of movie trailer of what a better relationship might look like, but they need to continue to do the work to not slip back into old patterns.

“We noticed we were more relaxed and understanding for the first couple weeks,” Randy said. “It was an incredibly positive experience. It’s not like taking Advil where you don’t really notice it except for less pain. There are things you experience in the moment and also after. You definitely still have to do the work. It gave us a better foundation and a clearer picture of how to do it. It gave us a fresh start.” He and Allison now engage in ketamine-assisted couples therapy periodically to work through tough spots.

Medicines like ketamine are providing innovative ways to address old problems, but they are not a panacea. For some couples, though, ketamine provides a much-needed reset after years of unprecedented stress.