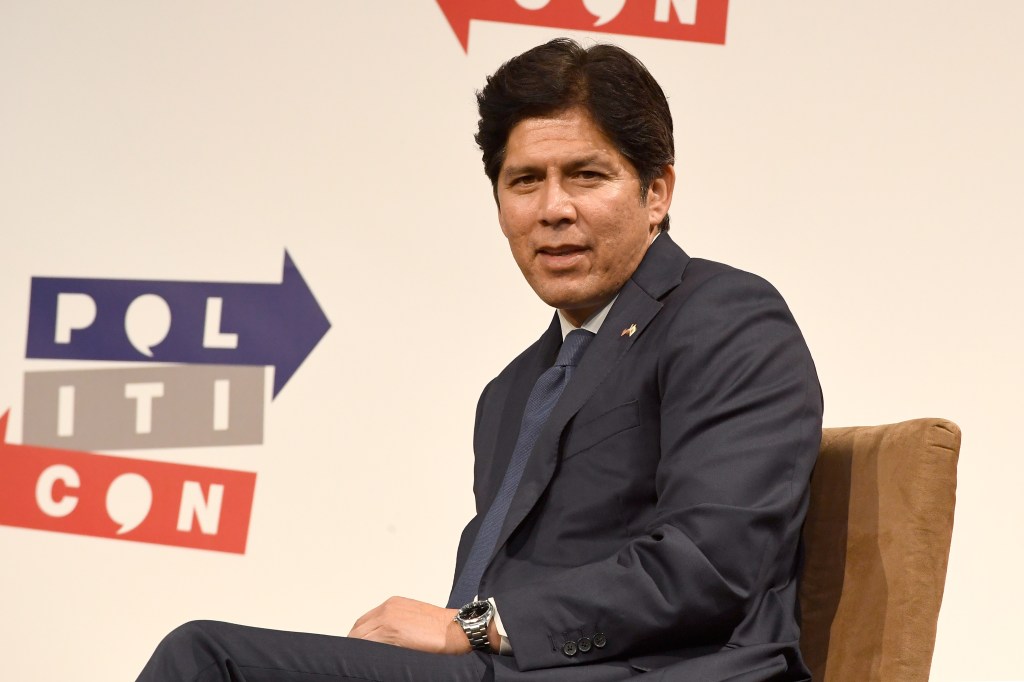 Speaking to CBS Los Angeles’ Tom Wait, de León said that he instead will work to repair relationships in the community and with his council colleagues.

“I have to do the hard work,” de León said. “I have to regain the trust of my colleagues. It won’t be easy.”

He said that his refusal to resign was not “about me,” but had to do with representation for his district.

In the interview on Wednesday, de León said that he “failed in that moment in time in not stepping up and shutting the meeting down.”

But de León and Cedillo, so far have resisted calls to step aside from a number of colleagues and top Democrats, including President Joe Biden. Cedillo will soon be departing the council anyway at the end of the year after he failed to win another term, but de León’s term runs through 2024.

During the conversation, Martinez used the Spanish term for “monkey” to refer to Bonin’s son, while de León appeared to agree with her comment that the child was used like a fashion accessory like Martinez’s designer handbag. De Leon called that remark “flippant.”

De León sent a letter to Paul Krekorian, elected on Tuesday to succeed Martinez as council president, apologizing to his colleagues and to the city.

“This will not be easy,” de León said in the CBS interview. “I will always be sorry for not stepping in, for not stopping the meeting.” He said that he does recalled talking to Cedillo as they left the meeting and telling him that he was “shocked by the words that came out of Martinez.”

Earlier this week, de León and Cedillo were stripped of their committee assignments.

“Kevin de León cannot be part of the healing as long as he refuses to resign,” Bonin said in a statement. “His stubborn refusal to do what everyone else knows is necessary is deepening the wound he has inflicted on Los Angeles.”

De León had been a prominent statewide figure before being elected to the City Council in 2020. He previously was president pro tem of the California State Senate, and ran for U.S. Senate against Dianne Feinstein in 2018. He also ran for mayor of Los Angeles this year, but failed to make the runoff. Mayoral hopefuls Karen Bass and Rick Caruso have each called on de León to step down.