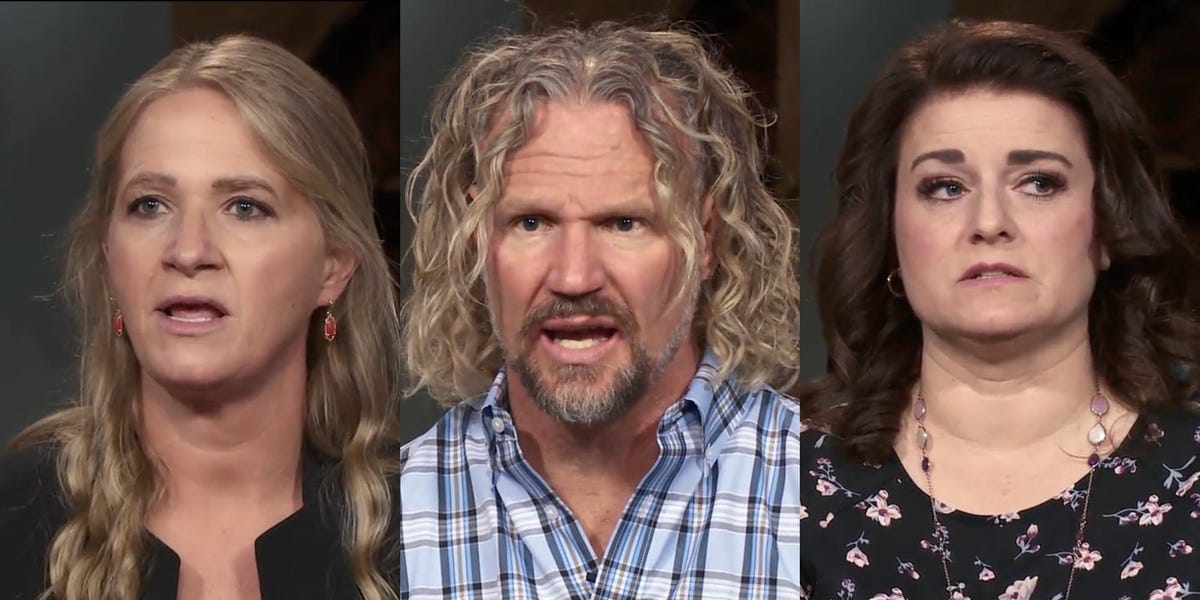 The show began where the November 6 episode left off, with all of the Brown adults discussing Christine’s upcoming move to Utah and her exit from the family.

Robyn asked whether Christine was interested in working on issues she’s had with family members other than Kody now that she’s leaving, to which Christine said that she would need “space” before considering that.

Her response infuriated Kody. “She’s treated you like dirt from the very beginning, that’s the relationship you have with her and that’s the reason I’m angry,” he told Robyn.

He then began screaming at Christine. “You never tried to have a really good relationship with these other people and that’s the reason I’m pissed off. And it’s just vomiting out of me,” Kody yelled.

“That’s not true, yes I did,” Christine rebutted.

Kody went on to say it felt like a “knife in the kidneys” how Christine had never tried to develop genuine relationships with all of her sister wives. Viewers know that Christine is close with Kody’s second wife Janelle Brown, but admittedly not with his first wife Meri Brown or Robyn.

“The sacrifices that I made to love you, wasted,” Kody continued, screaming. “Accountability is what I’ve been asking for here. And you are running away rather than being accountable.”

In response, Christine said, “OK, look. I never tried to treat anybody like crap. I never tried…I never did.” When he told her that she did, she said, “Well, I’m sorry. I didn’t mean to.”

Kody then blamed Christine’s treatment of his other wives for his “broken family” and called her the “Pied Piper” for trying to lure some of his kids away from the family too. He was referring to a literary character whose rat-luring services went unpaid by his townspeople, so he instead turned his tools on their children to seek revenge.

In a solo interview, Christine said she was “tired” of dissecting everything for many years.

“I’m tired. It doesn’t matter. It’s over,” Christine added in the interview.

Kody and Christine publicly announced their split in November 2021 after more than 25 years of “spiritual” marriage. Seasons 16 and 17 of “Sister Wives” have chronicled the pressures that led to their split, including Kody’s strict COVID-19 rules and his lack of devotion to their children together.

Kody insisted that he felt emboldened to say these things to Christine because “now that she’s leaving, I just felt like giving her a piece of my mind with that leaving.” He said he felt like the end of their marriage wasn’t his fault and that Christine was solely responsible.

Kody’s three wives responded to his accusations against Christine

Janelle made clear in a solo interview that she did not second Kody’s stance.

“I’m not trying to take sides, but I feel like Kody was really harsh,” she said. “Even though he tried to dilute it a little bit, it seemed very pointed to one relationship.” She presumably meant that Kody was mostly concerned with the way Christine had treated Robyn.

In Christine’s backyard, Janelle told Christine that Kody’s harshness stemmed from “emotion,” but in her own solo interview about the confrontation, Meri disagreed.

In her solo interview, Robyn told cameras that whenever she’s tried to work her issues out with Christine, she gets shut down.

“Through the years as I have had issues with Christine, I’ve tried very hard to approach her, to try to talk to her, to text her, to call her,” she said. “I was met with walls, rejection, just her not wanting to discuss things through.” She told cameras that she had hoped Christine would find it easier to have a relationship with her and her kids since Christine was no longer romantically involved with Kody.

In response, Christine said to the cameras: “I feel like there’s been some things said against me behind my back. So, do I want to be friends with someone who complains about me behind my back? Well, not right now.”