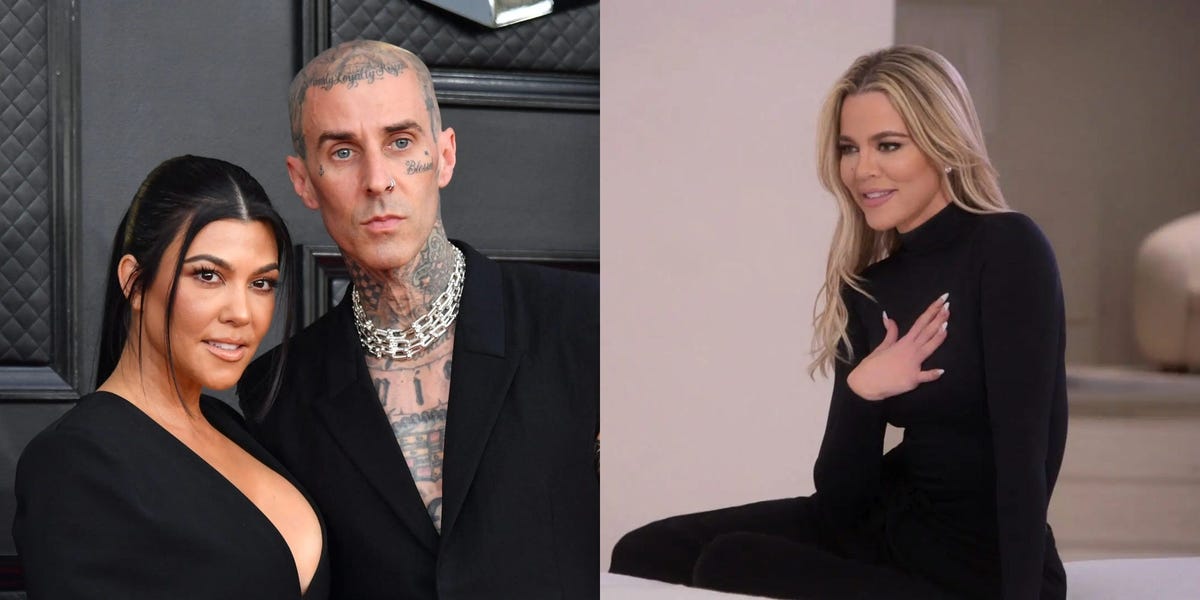 Kourtney Kardashian Barker said that the Elvis impersonator who married her and Travis Barker in Las Vegas after the Grammys kept calling her by her sister’s name, Khloé.

On season two, episode six of Hulu’s “The Kardashians,” which aired Thursday, Kardashian Barker shared the story behind her and Barker’s spontaneous chapel wedding. TMZ was the first to report in April that the couple had been married by an Elvis impersonator following the Grammy Awards.

Kardashian Barker said that she was a “hot slob kebab” that evening, and that she “blacked out” during the ceremony, threw up after, and didn’t remember parts of it, like walking down the aisle.

However, she did remember one thing: the Elvis impersonator kept calling her by the wrong name.

“When Elvis was marrying us, he’s like, ‘I, Khloé, take thee, Travis,’ and I just like lost my mind, fell straight on the floor, and we like couldn’t get up,” Kardashian Barker said during a confessional.

“When they were like, ‘Do you, Travis, take Khloé,’ we just like fell to the ground,” Barker said, showing footage of the ceremony to their gathered friends. “He kept calling her Khloé.”

Kardashian Barker shared photos from the wedding in an April 6 Instagram post, showing her and Barker with their heads pressed together, kissing, and walking down the aisle hand in hand. In the post’s caption, she confirmed that she and Barker had gotten married without a license, meaning that they weren’t legally married following the ceremony.

During the episode, Kardashian Barker explained that she and Barker tried to obtain a license but weren’t able to given that they were married at 2 a.m.

“I’m sure we probably could have got a license the next day, but what could be a more fun night in Vegas?” she said in a confessional. “I am truly living my best life. Don’t let anyone tell you any different.”

The two held their wedding in Italy the following month after getting legally married in Santa Barbara, California on May 15.

New episodes of “The Kardashians” season two are released Thursdays on Hulu.