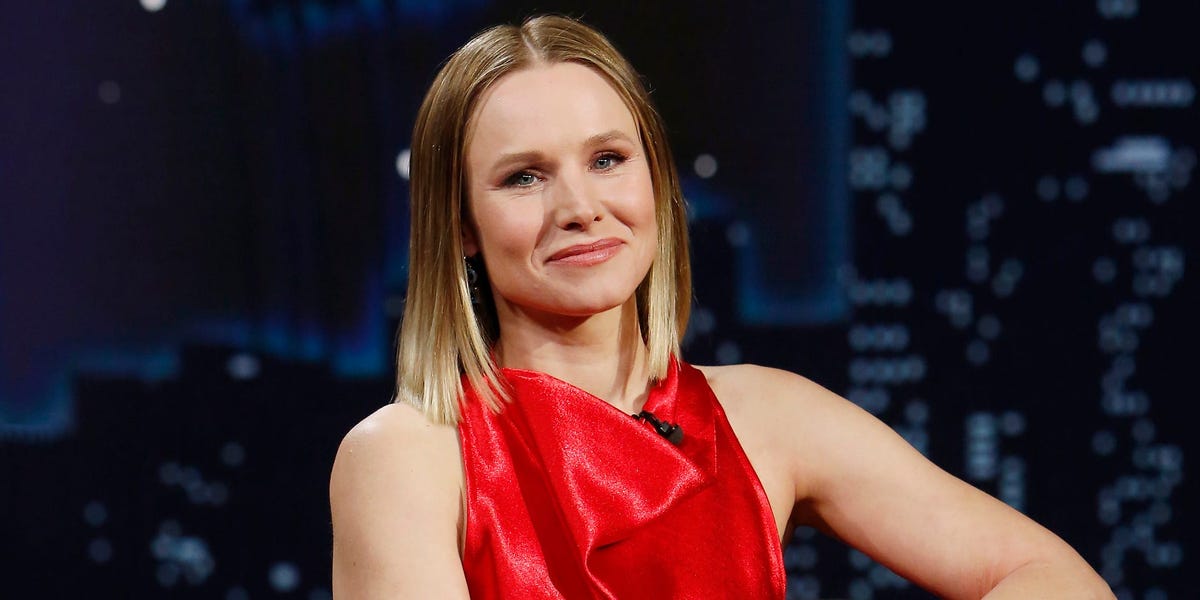 Kristen Bell said that her daughters keep her humble by hurling insults at her constantly.

Bell has two daughters with her husband Dax Shepard: Delta, 7, and Lincoln, 9.

During a new interview with E! News, Bell said that if there was a movie about her life it would be called, “My Kids Keep Me Grounded.”

“The amount of insults that they can hurl at me in a very short period of time,” the actor said. “It really brings me back down to earth.”

“The Good Place” star continued: “I would come home from a day like today, which is pretty elegant and fancy, and we’re talking about work and I’ve got my makeup done. And I come home and they will just they’ll pull the rug out from under you so quickly. My autobiography title would be, ‘My Kids Keep Me Grounded.'”

While Bell and Shepard do not share photographs of their daughters online, the pair often talk about them and their parenting challenges.

In January, on an episode of “The Ellen DeGeneres Show,” Bell said that her youngest daughter Delta believed she was a zombie.

“She said, ‘How do I know you’re my real mom?'” Bell told host Ellen DeGeneres. “I was like, ‘I don’t know any other way to prove it to you other than like, you lived in my body, I can show you the DNA proof.'”

According to Bell, Delta followed up with, “How do I know you’re not really a zombie and you’re gonna peel my mom’s face off and prove that you’re a zombie?”

The “Gossip Girl” narrator said she was “stumped” on how to prove she was not a zombie.

Bell later explained that Delta seemed to believe this theory more after the 42-year-old actor bumped into furniture and received zombie-like bruises on her face and nose.

Last year, Bell caused controversy after she admitted that she and Shephard wait for “the stink” before bathing their daughters. Several celebrities including Jason Momoa, Jake Gyllenhaal, Ashton Kutcher, and Mila Kunis started to share their own bathing habits following this admission.