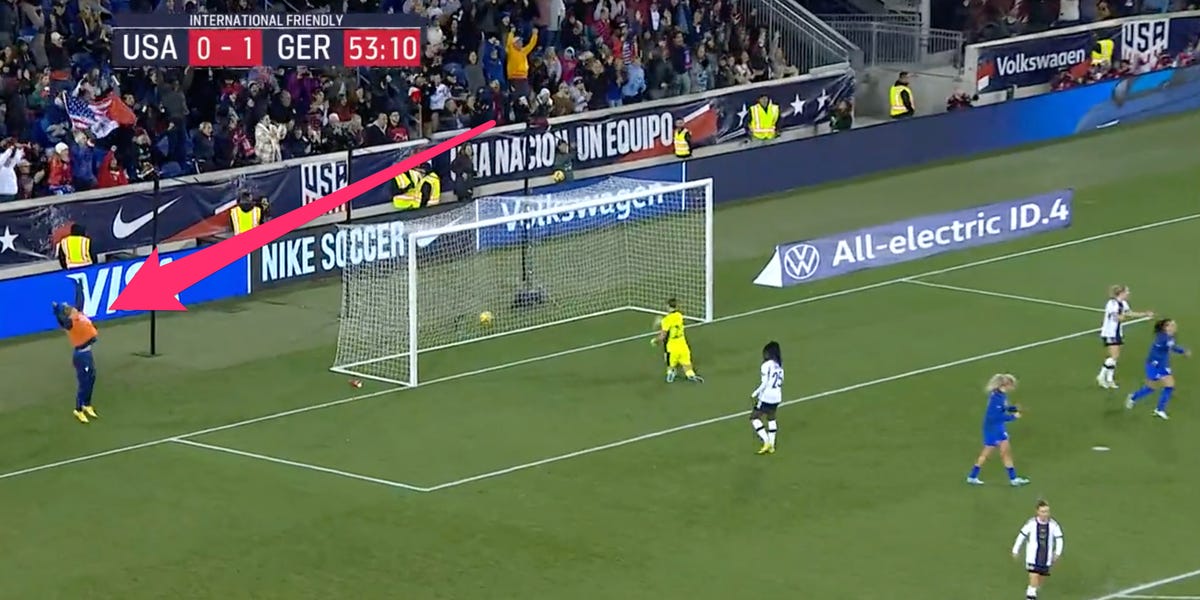 And no spectator at New Jersey’s Red Bull Arena was more excited about the goal than her teammate, Kristie Mewis.

The 31-year-old midfielder was taking a jog down the sideline to prepare to check into the game when the US went on the attack. Smith collected the ball at the top the 18-yard box, dribbled through several German defenders, then ripped a shot off of her right foot that ricocheted off of the keeper’s outstretched hand to find the back of the net.

As her teammates on the pitch rushed to embrace the recently named National Women’s Soccer League MVP, Mewis was spotted celebrating alone on the end line. Cameras caught the Massachusetts native, who was easily visible in her orange substitute pinny, jumping up and down with her hands in the air as opposing players sulked mere feet away.

If you didn’t catch that, here’s a closer look at Mewis:

Mewis found her way onto the field in the 83rd minute with her team ahead 2-1. Just two minutes after Smith’s much-needed goal, striker Mallory Pugh ran onto a long ball and buried a shot to extend the USWNT’s lead.

The Stars and Stripes’ big win over the world’s third-ranked national team ended the team’s three-game losing streak and allowed the Americans to wrap up 2022 on a high note. With the 2023 World Cup a short eight months away, the US will look to carry the momentum into the new year and leave their end-of-season struggles behind them.