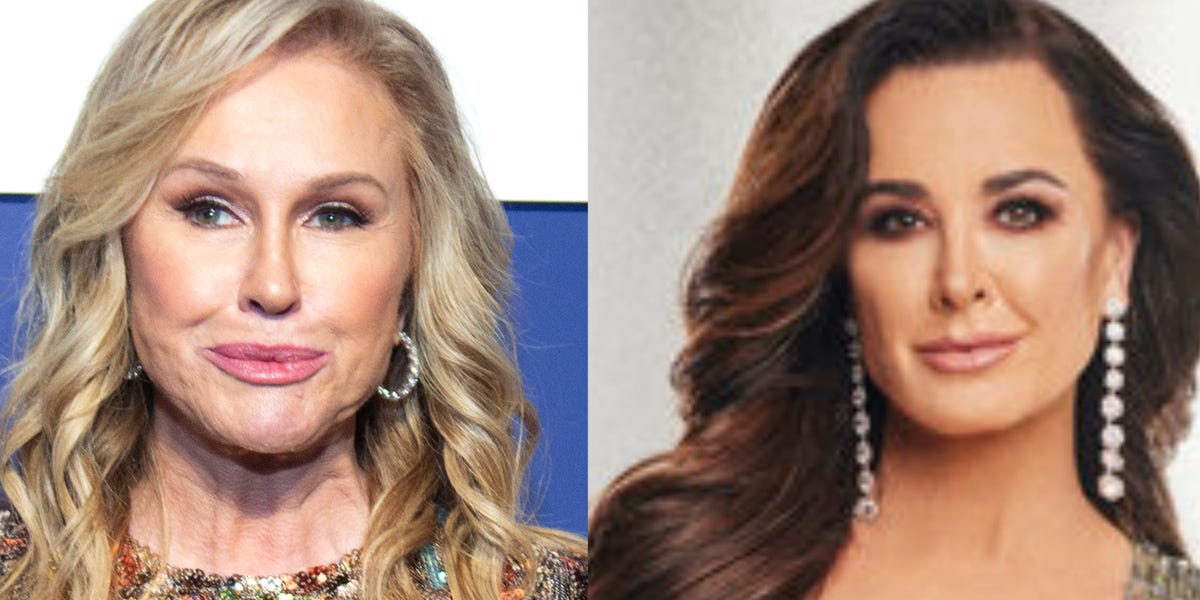 Kyle Richards said she does not know if there was a plot to set up her sister Kathy Hilton on season 12 of “The Real Housewives of Beverly Hills.”

“I’ve never been told by anybody ever to set anybody up, so I’m not sure where that came from,” she told Insider in an interview promoting her partnership with Jack in the Box.

Hilton accused housewives Erika Jayne and Lisa Rinna of conspiring against her. She said “everybody knows” about the alleged plot against her when approached by TMZ at the Beverly Hills restaurant La Scala earlier in October.

“I had people from the show telling me that this was a setup the whole time by these two girls,” she continued.

“I didn’t have that conversation. I don’t know. I can’t speak for them,” said Richards.

Richards did not say her sister was lying and noted that Hilton is not the first person on the show to accuse others of plotting against them or report hearing of plots against them.

“Through these 12 years of being on the show, many people have said they were set up, they felt set up or they were told they’re set up,” said the OG housewife, who is the only remaining original cast member in the franchise.

Faye Resnick, a former cast member on “The Real Housewives of Beverly Hills,” was at Hilton’s side as she spoke. Resnick did not contradict her statements.

Rinna said she found Hilton’s behavior in Aspen abusive during part three of the season 12 reunion.

The cast took a trip there where it was reported that Hilton had a “meltdown” before the season airing. Andy Cohen confirmed that this happened off-camera and there was no existing footage of the incident at BravoCon on October 14.

Each of the housewives told slightly different versions of the events in Aspen in confessionals for the show. Rinna said Hilton was behaving erratically, stomping on her own glasses, and threatening the network and her sister Richards when she and Hilton were alone at Richard’s Aspen property.

“I think that a lot of people made mistakes throughout this whole thing and Kathy admitted to making mistakes,” said Richards.

Richards accepted a blanket apology from her sister regarding whatever comments she made during the trip on season 12, episode 20. The two embraced and Hilton told Richards she was proud of her.

Hilton questioned why Rinna would not have contacted her family if she truly thought she was having a “psychotic break,” as Rinna claimed during the reunion.

“If people are really worried about me why wouldn’t they call Kyle, my husband, production?” she asked during her TMZ interview.

Erika Jayne alleged Hilton of using a gay slur at the reunion. No other housewife claimed to hear that and the accusation resulted in what Cohen referred to as an inconclusive investigation by human resources during the reunion.

“Those two are desperate for a storyline. They’ll throw anybody under the bus,” Hilton added.

Richards felt that the off-camera incident was not dealt with correctly by her castmates.

“I think that it was just handled wrong across the board,” she said in her interview with Insider. “I didn’t think it needed to get to this level at all. But here we are.”

Richards and her castmates are often seen toting their Birkin bags along on extravagant trips to places like Rome, Amsterdam, and Hong Kong on the show. They receive private performances from the likes of Melissa Etheridge and Boy George and get private tables at some of the world’s best restaurants.

Having your every argument documented can be the cost of that lifestyle.

“That’s a part of reality television,” said Richards. “That’s the downside, it’s certainly not fun and games all the time and it’s unfortunate.”

She told Insider during the interview that she deals with the misfortune of her fame with the help of monster tacos from Jack in the Box.

The chain is a fixture on the West Coast where Richards, a former child actor, is originally from. “Everyone who knows me forever knows that I’m obsessed with their tacos,” she said.

She picks them up when she takes getaways to the La Quinta home viewers saw her host the cast in during season 11. “I drive down my house in the desert a lot, and that’s always where we stop,” she continued.

Richards’ go-to side dish is curly fries and like her castmate and friend Dorit Kemsley, she has a very specific drink order — a Diet Coke with lots of ice.

The galas are nice but Richards says she can’t make it through the stress of the spotlight without her junk food.

“You have to have balance in life,” she said. “Otherwise you can’t survive.”