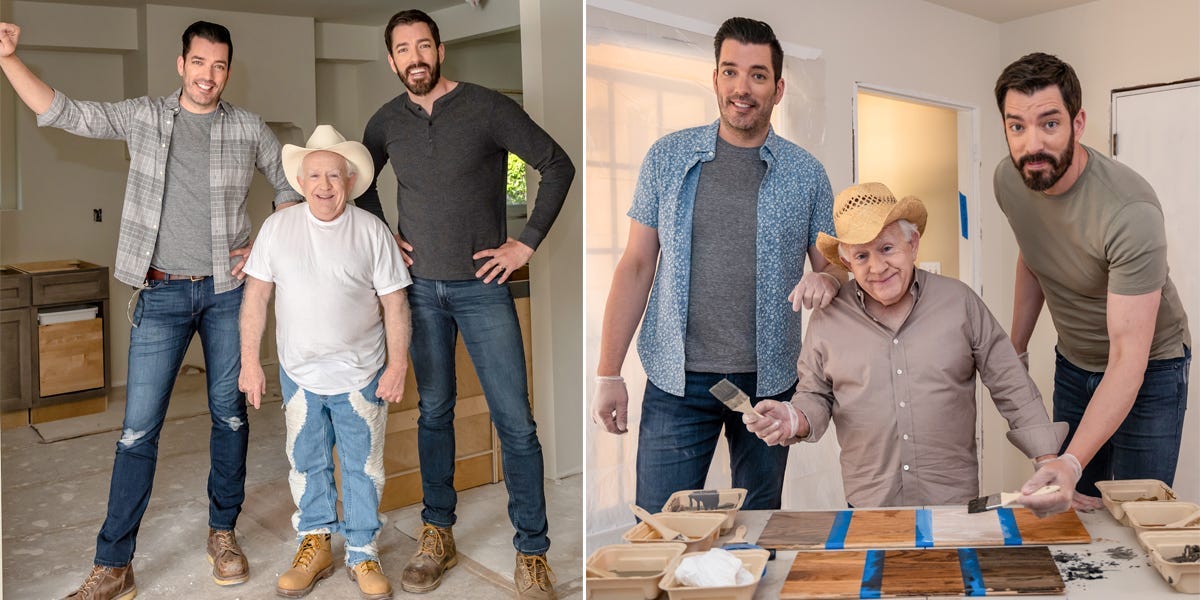 Leslie Jordan left a playful legacy on the set of HGTV’s “Celebrity IOU.”

Jordan died at 67 after his car crashed into a building on October 24.

Before his death, Jordan appeared on the season premiere of the Property Brothers’ show “Celebrity IOU” to renovate the ranch home of his friends of 40 years, Rosemary and Newell.

As he said in the episode, Jordan met the couple two years after he moved to LA to pursue acting, and they also worked in the industry.

“They’ve just always been there for me,” Jordan told Drew and Jonathan Scott of Rosemary and Newell. “I had some struggles with alcohol, a little drug use. I’m 25 years clean and sober, but they were instrumental in that too because they never judged me.”

“They were always so supportive,” he added of his friends.

Jordan decided to give back to the couple by renovating their ranch-style home alongside the Property Brothers, even though he had “zero” experience with construction, as he told the Scotts in the episode.

Drew and Jonathan told Insider that Jordan was “sincere” on set.

But in addition to being sweet, the Scotts also told Insider that Jordan brought a sense of fun to the set.

For instance, he wore a different cowboy hat each time he appeared on set, and they later discovered he was “borrowing” the accessories from Newell’s collection.

“It turns out he was pilfering the old closet where all the cowboy hats were held,” Jonathan told Insider, adding that he was “somebody who is dedicated and compassionate but also so fun to be around.”

In the finished renovation, Jordan and the Scotts hung cowboy hats in the entryway to Rosemary and Newell’s renewed home, tying it all together.

The season premiere of “Celebrity IOU” airs on HGTV and Discovery+ on Monday.