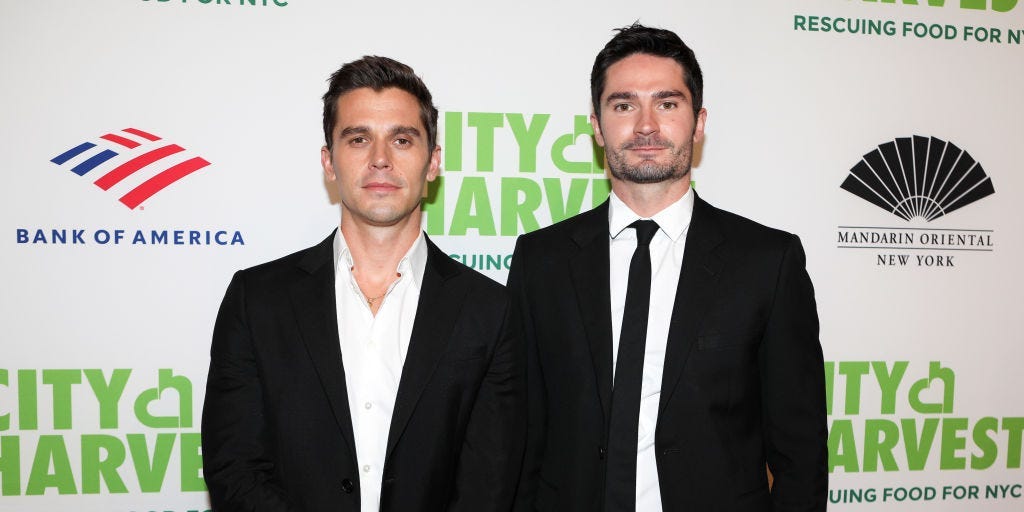 Machine Gun Kelly and Megan Fox announced their engagement in January after a year and a half of dating.

Fox, who is bisexual, met Kelly in March 2020 on-set while filming “Midnight in the Switchgrass” in Puerto Rico. Later that year, in July 2020, the pair made their relationship Instagram official.

Fox shared a video on Instagram of Kelly getting down on one knee with a ring in January.

“Somehow a year and a half later, having walked through hell together, and having laughed more than I ever imagined possible, he asked me to marry him,” she wrote. “And just as in every lifetime before this one, and as in every lifetime that will follow it, I said yes.”

“…and then we drank each other’s blood,” the actress concluded in the caption.

Kelly shared his own post showcasing the ring’s diamond and emerald stones — his and her birthstones, respectively.

“i know tradition is one ring, but i designed it with Stephen Webster to be two: the emerald (her birth stone) and the diamond (my birth stone) set on two magnetic bands of thorns that draw together as two halves of the same soul forming the obscure heart that is our love,” Kelly captioned the post.