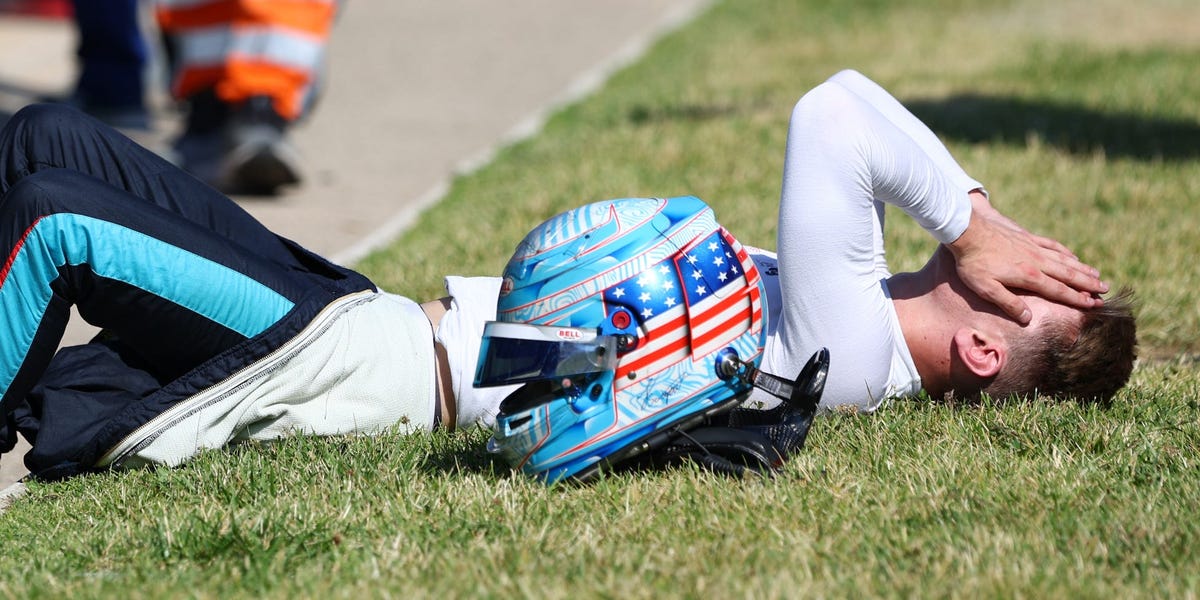 Logan Sargeant is set to race in Formula One in 2023 for Williams Racing, an enormous turnaround after it looked like his formula racing career was over twice before it started.

Before this year’s United States Grand Prix in Austin, Texas, Sargeant spoke about how, in just two years, he has gone from a “dark place” to the pinnacle of open-wheel racing.

In 2020, Sargeant had a strong season racing for the top team in F3, Prema Racing, finishing third in the standings. However, after scoring six podiums and two wins in the first 14 races, he struggled in the final four and found himself without a job for the 2021 season.

“I finished 2020, and I pretty much had nowhere to go,” Sargeant said when asked about his journey to F1.

The biggest factor working against Sargeant was funding. Drivers in F2 are expected to cover some of the expenses related to running the team and securing a seat in a car, and Sargeant did not have the funding necessary for F2.

“F2 is definitely ruled out for 2021,” Sargeant told Racer after the 2020 season. “The problem with F2 is the funding for it is very high, as we know … Honestly, we never really had the full budget to do it.”

Sargeant said at the time that he and his support group were instead looking for a seat in either Indy Lights, the feeder series for IndyCar in North America, or leaving open-wheel racing for something else.

In a sport where teams are increasingly looking for younger drivers, this appeared to be the end of any hope Sargeant had for reaching F1, even though he was only 19.

“It was obviously a terrible feeling,” Sargeant said in Austin. “I was coming off my best season to date, and to have absolutely nothing was pretty rough. I just didn’t really know where to go. That was sort of it. I figured maybe I could make something work in Sportscars, GTs, whatever, make some money that way. It was a dark place, to be honest.”

But just before the 2021 season, Charouz Racing, the last-place team in F3, offered Sargeant a seat, something he initially resisted.

“I was quite against it at the start, to be honest, because I was on the best team before, and it was a great season,” Sargeant said. “I didn’t want to go to what, at the time, was the worst team. The best thing I had was support from my family and the team around me to really push me to take on a challenge and try to be a team leader going into that 2021 season. That changed everything for me.”

Sargeant added that he took the F3 spot “to pass some time.”

At first, it seemed like the move just delayed the inevitable. Despite four podiums and a win in 2021 and helping to lift Charouz to fifth in the standings, Sargeant was again without an F2 opportunity for 2022.

Again it appeared that Sargeant’s dream of becoming the first American driver in F1 since 2015 and the first full-time American on the grid since 2007 was over.

He again turned to IndyCar with a test scheduled with A.J. Foyt Racing. However, that was canceled when Williams Racing called and asked Sargeant to join their driver academy and race in F2.

“Williams came to me with an amazing opportunity,” Sargeant said this week. “The amount of support they’ve given me just boosted my confidence massively. I signed with the team in October. I was [testing in] an F1 car in December.”

The investment in Sargeant paid off as he picked up four podiums and the first two F2 wins ever for an American driver.

“It’s just crazy how in one year, everything can flip,” Sargeant said this week. “You just have to keep going and believe that it is going to work out. “

Two years after thinking his F1 dream was dead, Sargeant is now just one hurdle away from being one of only 20 F1 drivers in the world.

Sargeant, who is currently third in the F2 standings with one race remaining, must finish sixth or better in the final standings to earn a Super License required for F1. Sargeant has a 12-point lead over the seventh-place driver, making it likely that he will secure his license if he can finish the race.

If he can do that, he will bring the American flag back to F1.