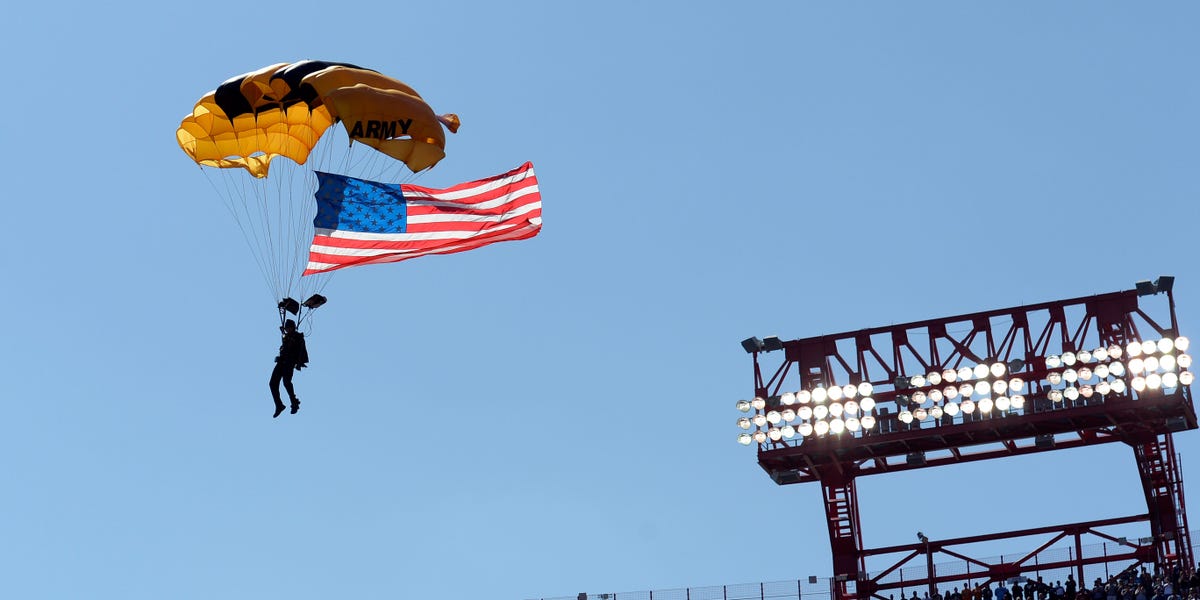 A man died after skydiving into a pregame event on Friday for a Tennessee high school football game and taking a “hard landing,” according to reports.

Jerry Boyd, Superintendent of Washington County Schools in Jonesboro, Tennessee, told USA Today that the man crash-landed during a pre-game event that involved him and two other parachutists at David Crockett High School.

“Our deepest sympathies go out to the family of the injured skydiver that has passed away. We ask that everyone keep the family in their thoughts and prayers as they deal with the loss of a beloved husband, father, and grandfather.'”

Officials said mental health professionals will be on campus to provide services to students at David Crockett on Monday, WCYB reported.

School administrators led the crowd in a moment of silence before the game between David Crockett and Daniel Boone High School and decided to delay the start time of the game, according to USA Today. Daniel Boone won the game, known locally as the Musket Bowl, 35-7, according to MaxPreps.

Daniel Boone quarterback, Luke Jenkins, said the incident was “so sad” and “a little weird to play after” in a tweet on Saturday.

JumpTN, the company that the man was hired to do the parachuting through, told USA Today that he was 55 years old and had “more than 1500 jumps to his credit.” The company said that witnesses did not notice anything unusual about his freefall and that his parachute appeared to deploy “without incident.”